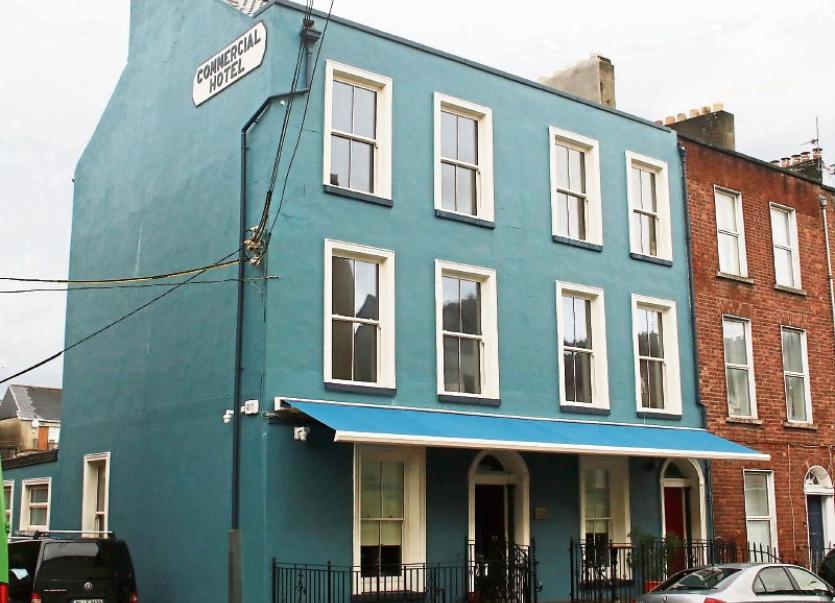 The former Daffy’s pub is now operating as the Commercial on Catherine Street Picture: Michael Cowhey

A WELL-KNOWN city centre bar has received a new lease of life – a decade after it closed its doors.

Daffy’s Bar has re-opened as the Commercial, a nod to the landmark Commercial Hotel building it operates in.

Following a nine-month refurbishment programme, the bar had a low-key reopening this week, with its proprietor Rocky O’Shea reporting good feedback from customers.

Seven permanent jobs have been created, with 25 contractor staff employed on the refurbishment.

“We wanted to bring it back to its original name, and original glory. We have refurbished the ground floor. We’ve tidied the place up, given it a makeover,” he said.

Across the road, Flannery’s Bar is well-advanced with its live music venue being constructed at the back.

It comes after news of another top brand moving to the city centre, with Mexican food firm Boojum seeking a restaurant manager for Limerick.​

Boojum already operates stores in Belfast, Dublin, Galway and Cork, as well as across Britain.

And now it looks set to open in the former Danske Bank unit at the Patrick Street-Denmark Street junction.

She said: “We need to encourage people into the city, and that includes students in the university and LIT. It’s good to see a focused plan in terms of the nightlife. Having one pub at one side of town and another pub on the other side of town means that the same person is not going to go to both of those pubs.

"Whereas if there are a couple of pubs clustered together, it creates a new nightlife scene.”