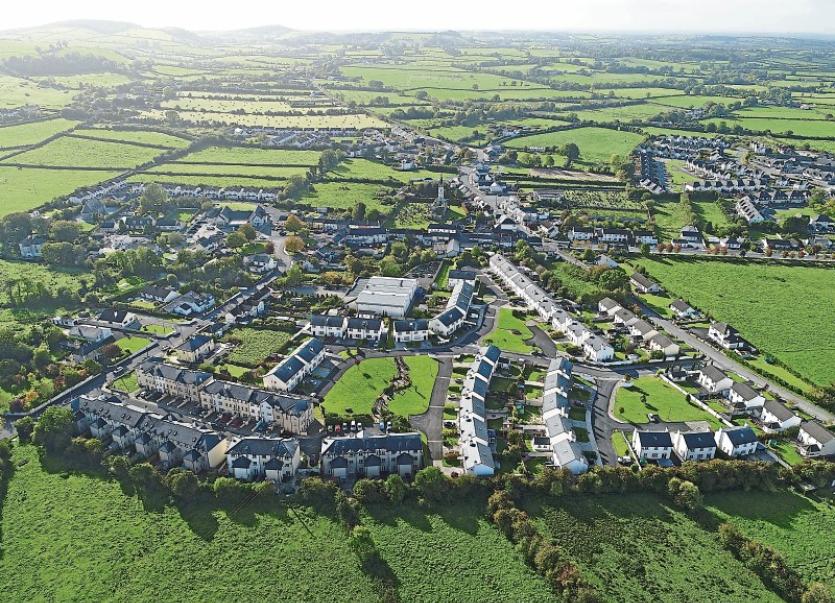 There were two bids on the houses in Cois Rioga, Caherconlish but they lost out to a bidder for the entire Cois portfolio

THIRTY-SIX properties in three Limerick estates have been sold on the instructions of receiver KPMG, REA O’Connor Murphy Auctioneers have confirmed.

Last Friday, November 24, was the deadline for “best and final bids” for the houses in Caherconlish, Dooradoyle and Castletroy.

“We had seven bids in total. Three for the entire Cois portfolio, two bidders on Caherconlish, a bid on Castletroy and a bid on Dooradoyle separately. We dealt with one of the entire bids.

“We have an agreement in principle. We were guiding at €3.8 million. We exceeded the guide price,” said Mr O’Connor, who couldn’t disclose the exact amount for contractual reasons.

He said there was some interest from overseas.

“It was pension funds, private investors and investment groups. The interest met our expectations. There was some interest from overseas. It is currently going through the contract process,” said Mr O’Connor.

It is understood that in time when the deal is completed the new owners will be in contact with the tenants of the 36 properties. Prior to the sale, REA O’Connor Murphy Auctioneers said the total “passing rent” is €286,800 with estimated market rent €385,000.

It originally was an investor that had these properties and the auctioneers were selling them on behalf of the receiver KPMG.

Mr O’Connor said they have something else coming up in the New Year “that would be similar”.

Over the last two weeks the Limerick Leader has reported on the hundreds who attended the launch and second viewing of the new development at Templeville, Ballinacurra Road, Punch’s Cross. Some slept over night to guarantee a house. Tom Crosse, GVM group property director, and Joe Wheeler, Wheeler Auctioneers, – joint agents – reported €5 million worth of house sales in just one hour. Commenting on the current housing situation, Mr O’Connor agreed that the Limerick market is “tight”.

“Demand is still outstripping supply – there is no doubt about that – but there are a number of developments due to commence next year. We’re going to have one in Sli na Manach in Mungret launching in the first quarter of next year. We are selling the Strand apartments at the moment which are selling very well,” said Mr O’Connor.

As an example of the strength of the market they held an auction of 21 properties from all over the country last week in the Strand Hotel.

“We sold 90% and made 38% above the reserve on average. Our auctions have increased substantially. We have seven planned for next year,” said Mr O’Connor.

An auction with 48 properties going under the hammer is due to take place in the Strand Hotel on Thursday, December 14 at 11am.