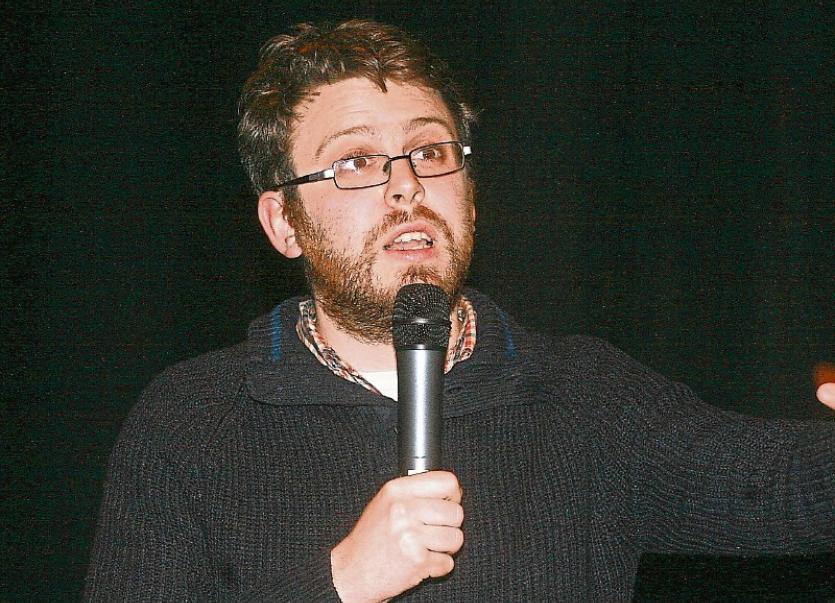 A BID to debate the eighth amendment by Cian Prendiville at a Limerick Council meeting has been blocked.

Ireland is set to go to the polls next year to decide on whether abortion should be legalised, and Cllr Prendiville, a long-time pro-choice activist, wanted to use this month’s full Council meeting to discuss the matter.

He had proposed members of Council write to members of the all-party joint committee on the eighth amendment, ​urging them to support the pro-choice proposals of the Citizens Assembly.

But the corporate policy group – which decides what goes on the agenda and is headed by Mayor of Limerick City and County Cllr Stephen Keary – wrote to Cllr Prendiville, stating his motion would not go on as it is “not considered to be relevant to the business of the council”.

In an open letter to the Council leader, Cllr Prendiville pointed out it is the third year in a row he has brought the issue up for discussion – but only the first time any motion by him has been vetoed.

“During last year’s debate some councillors argued my motion was premature as we had to await the outcome of the Citizens Assembly. Now the Assembly has reported, and proposed progressive, pro-choice legislation. My motion simply seeks to endorse those proposals, and encourage the members of the Oireachtas to implement them.

"How on earth can it be argued that this issue is ‘irrelevant’ now, but was relevant last year? If anything this issue has grown in importance. In September we saw the largest ever march for choice with tens of thousands taking to the streets demanding the implementation of the pro-choice proposals including hundreds from Limerick,” he said.

Cllr Prendiville – who is set to make a second bid for the Dail whenever an election is called – added: “As well as discussing local issues, a key job of the Council is meant to be to discuss and debate the issues affecting the people of Limerick, give voice to their concerns, and push national politicians and bodies to act on them.”

He said other national and international issues have been discussed by council. Mayor Keary declined to comment when contacted.