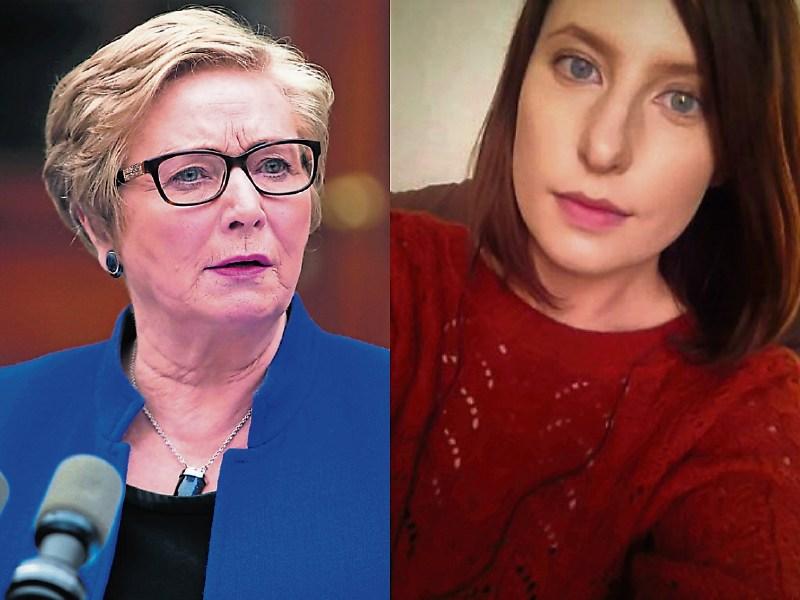 A GRADUATE of the University of Limerick has taken to Twitter to air her frustration over being mistaken online for Tanaiste Frances Fitzgerald.

Frances Fitzgerald, 27, a UL graduate who bears no relation to her 67-year-old namesake, has been inundated with tweets and tags concerning the under-fire politician over the past week, coming to a crescendo this Tuesday with the Fine Gael's politician's decision to step down from her post.

“Please let this s***show end. I’m tired of being mistaken for a 67-year-old woman,” she tweeted in frustration.

Please let this shitshow end. I'm tired of being tagged in political tweets and being mistaken for a 67-year-old woman... https://t.co/DJjHM239RN

Speaking to the Limerick Leader, Ms Fitzgerald, a UL Journalism and New Media graduate, said the confusion stemmed from a tweet from a national political correspondent, who mistakenly included her Twitter handle in a tweet about the embattled Tanaiste.

“I don't remember some of the tweets, as I didn’t screen shot them all, (but) it was a simple mistake,” she said.

After the initial tweet Frances saw that she had a number of notifications, with one person asking is “there was any sign of a statement” from the Tanaiste.

“I didn't fully read the (initial) tweet at that stage so I was a little lost,” she explained.

Frances said that by this Tuesday morning she was getting a little tired of it, mostly because “people weren't deleting the tweets I was tagged in”.

“They would just apologise and leave it up, it obviously wasn't a huge deal, but I’ve lost track of how many times I’ve had a reply saying something along the lines of 'wrong Frances Fitzgerald',” she said.

There was some consolation for the Limerick graduate from people named Stephen Donnelly and Niall Horan, who expressed sympathy with Ms Fitzgerald, having suffered from a similar issue on the social media platform.

You have my every sympathy. Every time Stephen Donnelly of Fianna Fáil does something silly my mentions are brutal.

Believe me I feel your pain