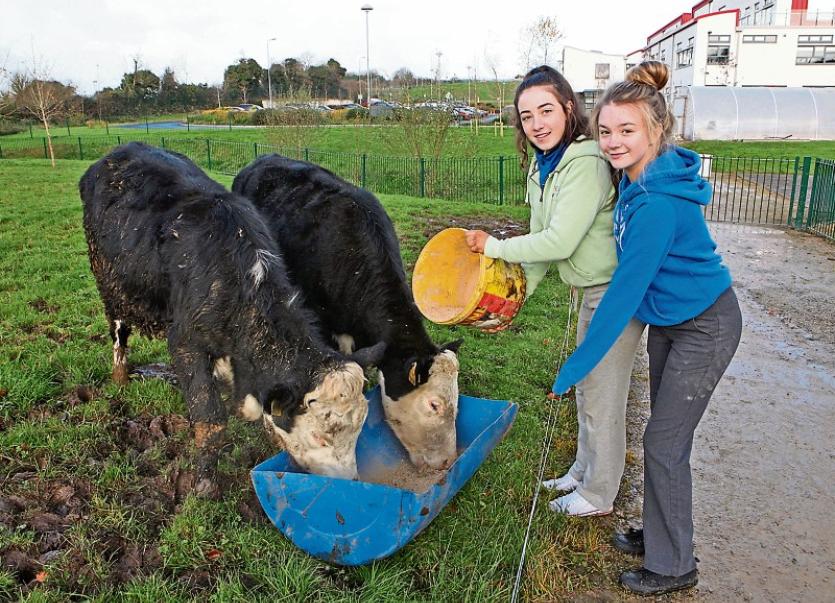 GEORGE Orwell’s famous novel is taught in the classrooms of a County Limerick secondary school but outside they also have their own animal farm.

A recent survey by Cadburys found that one-third of 1,500 children did not know that milk was the produce of a cow and 18% thought milk came straight from the fridge or supermarket. It seems a disconnect has emerged between supermarket produce and its origins, researchers said.

One school that is making the connection with agriculture and the environment is Scoil na Trionoide Naofa in Doon. They have calves, chickens and turkeys on the grounds with lambs and donkeys on the way. They also have a polytunnel and grow flowers and vegetables.

The idea of a school farm was the brainchild of principal, Eilis Casey. Luckily she had the perfect man for the job on her staff - James O’Brien, who is a part-time farmer.

“In 2016, I was approached by the principal, Eilis Casey to set up something different, something that really hadn’t been done anywhere else. We found kids have lost touch with nature due to urbanisation and people are going away from farms a lot. She asked would I be interested in setting up a project that would involve hands-on working with animals, what it is to respect animals and mind animals. I jumped at it because I love farming,” said Mr O’Brien

It is an ideal programme for the 60 transition year students, he says, because there isn’t an assessment at the end.

“We have more time and flexibility. We started the agriculture and horticulture programme September 12 months ago.

“We’ve been growing it ever since. We started out with two of my calves. We bucket fed them and this year we’re minding them as heifers. We will probably get two more calves in the springtime and bucket feed them - the whole cycle start again. They stay here for the spring right through until the winter when I bring them home. We’ve turkeys and chickens too. In the next month we are getting donkeys and lambs in the spring,” said Mr O’Brien. 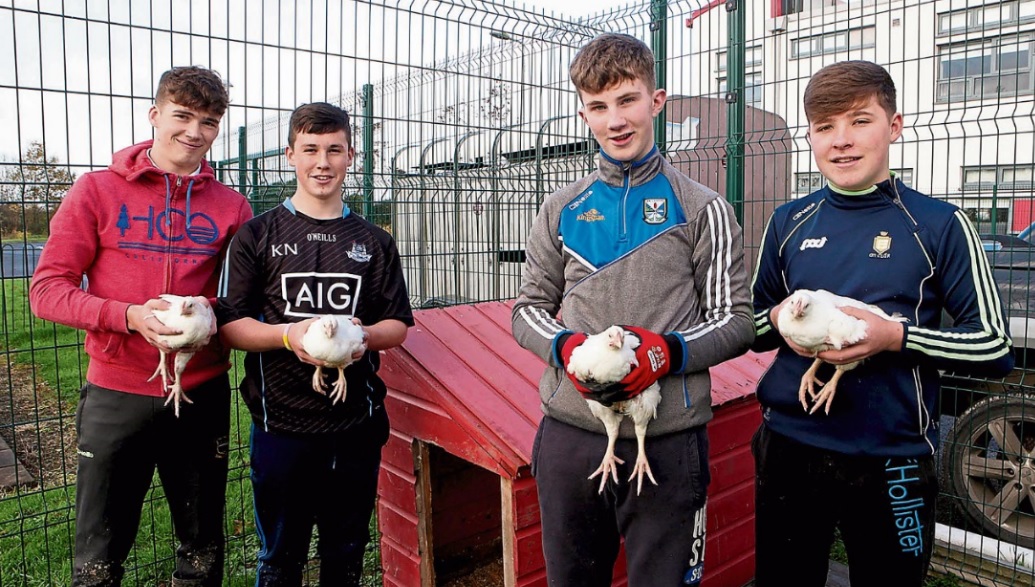 With Christmas on the horizon the turkeys’ future is looking precarious but this is a natural part of agriculture that the teenagers are learning about too, said James.

As well as feeding and looking after animals the teens are getting their hands dirty in the ground.

“We have a tunnel where we grow cabbages, lettuce, onions, potatoes, broccoli and kale.We also grow flowers from seed for Doon Tidy Towns. It is all on the school grounds. We’ve about six acres. We built hutches for the chickens and turkeys in construction classes. It’s really taken off this year,” said Mr O’Brien, who thanked Liam Croke and Tadgh Slevin, of Bam Ireland, and McNamara’s Hardware, who have all donated fencing and wire.

The feedback from students feeding animals has been overwhelmingly positive said Mr O’Brien.

“I feel the sense of enjoyment from the kids. It gets them out of the classroom, they can go outside and express themselves - they are outside handling chickens, turkeys, calves. It is the freedom it give the kids to get out of class and actually experience what it is like to be outside and working with nature. I love nature and I think it is very important kids understand and respect the environment,” said Mr O’Brien.

If the history and geography teacher asked pupils to come in during the recent mid-term break to study the Bolshevik Revolution or the Iberian Peninsula he would get short shrift. But Mr O’Brien had no shortage of volunteers to mind the animals.

“One of the local kids came in each day to look after the turkeys, chickens and calves. Everything went perfectly. They came in twice a day - 9pm and 6m. They cleaned out and fed them all. It was nice they took that responsibility on board,” said Mr O’Brien.

One of those to give up part of her holidays was 15-year-old Aisling McNamara, from Doon. Like many of her classmates, she isn’t from a farming background.

“The most experience I’d have is meeting all the farmers when I work in my dad’s hardware shop at weekends. I’d never been on a farm. It is great to get out of the classroom with all the different animals - feeding them and looking after them. I wouldn’t have done that before. It’s great experience. You’re not on your phone and you are outside. We also picked blackberries and made jam for the Christmas fair,” said Aisling.

Philip Gantley, aged 16, from Cappawhite had no prior contact with farm animals either.

“I’ve enjoyed it thoroughly. It’s been a good experience feeding the calves and the turkeys and chickens. I like seeing the calves growing up. You see the progress,” said Philip. The school farm has made both Philip and Aisling consider careers in the agri sector.

Principal of Scoil na Trionoide Naofa, Eilis Casey said Mr O’Brien and the students have “certainly created a unique learning experience that captures what experiential learning can be like in horticulture and agricultural science”.

“The students have also learned valuable skills in that they have taken responsibility for a project from the stage of conception to actualisation. As a school it is important to try new initiatives, and in this instance James as the teacher has brought something unique to the school and together with his students they have introduced a learning opportunity that is exciting and innovative,” continued Ms Casey.

The entire school is looking forward to the Christmas fair on Sunday afternoon, December 17. They will have two award winning bulls in attendance - John Hayes and a four legged one from Limerick Show. Over 20 stalls are confirmed already. “We will have our animals on show and everybody is welcome to see our school farm,” said Mr O’Brien.