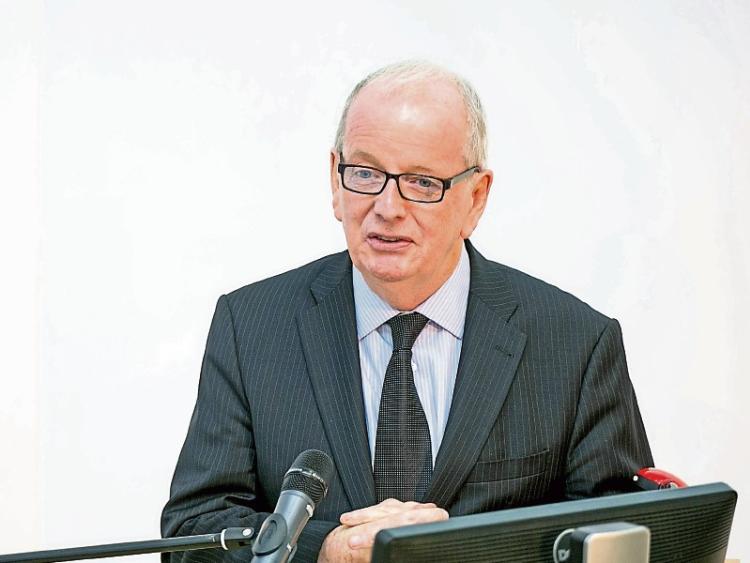 UL president Des Fitzgerald: 'UL is working hard to restore trust with its many stakeholders, to rebuild relationships'

THE UNIVERSITY of Limerick has lifted its suspension of two whistleblowers who had been suspended with pay for almost two and a half years.

The move follows a fortnight on from the publication of the HEA’s Thorn report, a wide-ranging document on the controversies into the governance and HR of the university.

UL president Dr Des Fitzgerald acknowledged that report had been an "exhaustive and unlimited examination of human resources, finance and governance (that) identifies a number of serious errors and poor practices. These were and are unacceptable".

He said he also wanted to "apologise also to the staff, students and alumni of the University of Limerick", as well as the "people of Limerick and the Mid West" and added that he wanted to "particularly thank the Limerick Leader for its reporting on the issues and I wish to apologise for the misguided legal action taken against it and its editor".

Writing to UL staff this Thursday evening, Prof Fitzgerald announced that he has engaged a former director general of the Workplace Relations Commission for mediation talks with staff, as well as announcing that he has lifted the suspensions of Persons B and C, who two weeks ago launched a High Court action against the university.

Dr Fitzgerald also enclosed UL’s detailed response to the Thorn report, which was due to be submitted by this Friday, November 24.

“I wish to confirm that I have engaged Kieran Mulvey, former Director General of the Workplace Relations Commission, to act as a mediator with the staff with grievances addressed in the Thorn report,” wrote Dr Fitzgerald.

“In support of that mediation process, I have lifted the suspension of the two UL staff referred to in that report as persons B and C. I hope these two actions will help move these protracted issues towards resolution and we will support Mr Mulvey in his efforts to achieve a resolution that serves UL and the concerns of all those affected.”

The president said that these actions, combined with the restructuring of both the senior management and the forthcoming streamlined Governing Authority structure, would demonstrate “a university that has listened and is responding to the serious issues raised about it”.

“UL is working hard to restore trust with its many stakeholders, to rebuild relationships and to ensure that the university is equipped to continue serving the Mid-West region and beyond.”

Dr Fitzgerald added that 2017 “has been a difficult year” for the staff who have been loyal and committed to building the university.

“But now I want us to work together to build on the academic strengths and talent in UL. We will next month kick off a campus-wide discussion to refine our strategy, a dialogue that will involve all of us looking to an ambitious future. This will require me and my new team listening and engaging with you a lot more in 2018,” he said.

In communicating with staff, Dr Fitzgerald said that he aims to show “that we are very serious about bringing resolution to this episode in UL’s development, and to say that from January 2018 we must work together and focus on an ambitious future for UL, its students, staff and alumni".