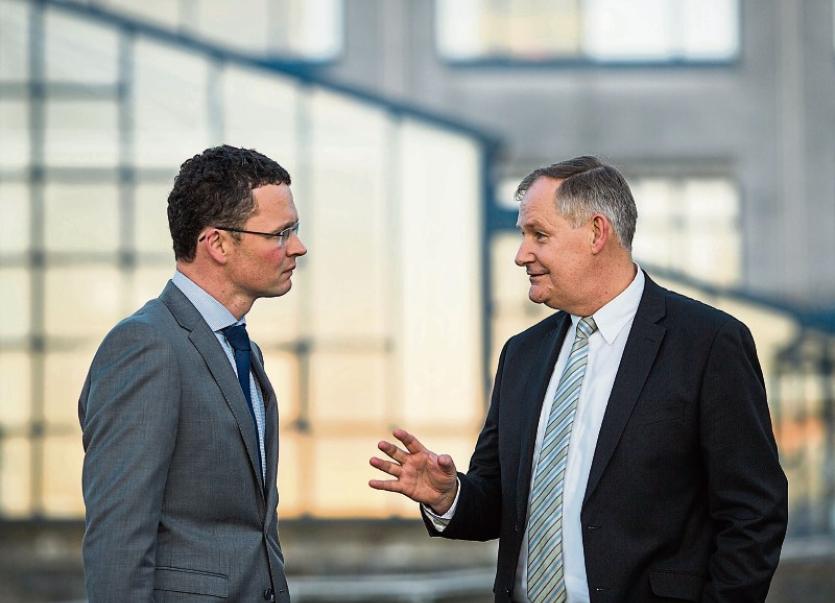 AMBITIOUS proposals to redevelop a vacant plot of land in Limerick city centre have taken a huge step forward after funding for the project was green-lit by two different European banks.

Limerick was given two lots of capital worth €85m each on consecutive days last week to progress Project Opera, a development of three office blocks, the largest of which will be 14 storeys.

Representatives of the European Investment Bank were at City Hall last Thursday week to sign off on what is the first type of package to be made available to a local authority since 1993.

And less than 24 hours later, the Paris-based Council of Europe development bank approved the €85m meaning the project is fully financed.

Once planning permission is in place, building can proceed in earnest.

Denis Brosnan, who chairs Limerick Twenty Thirty which has been set up to deliver Project Opera, and other similar developments across the city, has warned that unless the scheme is built quickly, there will be a "big vacuum” of office space in the city.

Referring to a separate planned office development in Henry Street, he said: “Gardens International will be fully let long before it is finished next year.

“We need to start building Opera, because we will have no extra space when Gardens is fully fitted out and occupied. As quickly as we get planning, we start building.”

Andrew McDowell, vice-president of EIB, said he was very impressed with the “public private partnership” model being used to transform Limerick.

“It’s quite unique,” he told reporters, “The structure brings the public sector and the private sector together for the future of the city. It’s a new model for us, and something we haven’t done before. We are looking at this as a template for cities all over Europe, and Limerick has shown the way.”

Dr Conor Mooney, a technician with the Council of Europe bank, based in Paris, is a former lecturer at the University of Limerick and was closely involved with his institution’s loan.

“It is a once-in-a-lifetime opportunity to breathe new life into a part of the country which has been neglected for so long. I am delighted to be involved personally on such an exciting project which will have long lasting social benefits for Limerick city and the Mid-West region,” he said.

Addressing the audience, Mr O’Donovan said: “In his role as Minister for Finance, [...] some people might say he was greasing the parish pump as a local TD. If that's what it takes to deliver, I'll grease that parish pump too. I think what I have learnt is that your own area is the first and most important area and you have an obligation to look after it in government. Use that possibility and opportunity to deliver to your own first and foremost.”