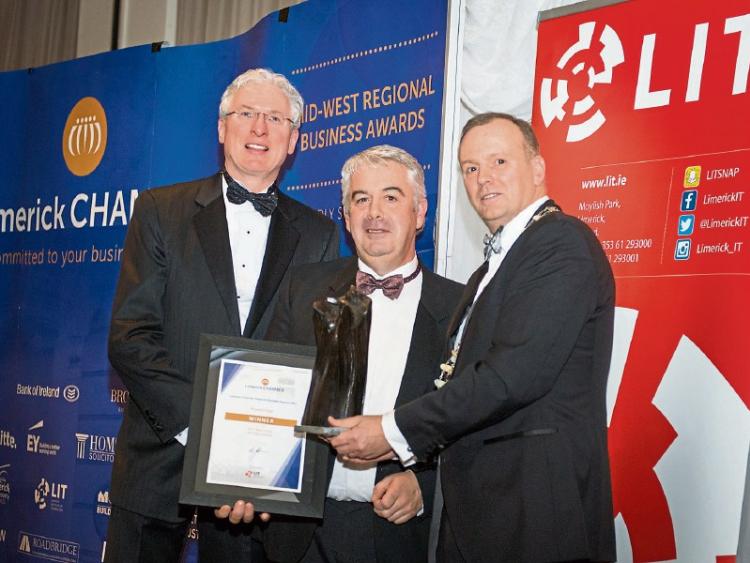 LIMERICK-based building contractor Roadbridge, which won company of the year at the annual Chamber business awards, is hoping to grow substantially and get back to 2007 levels.

Roadbridge, based at Crossagalla in Ballysimon, was named overall winner at the prestigious ceremony, which took place at the Strand Hotel last weekend.

Conor Gilligan, the managing director of the firm – which specialises in roads, civil engineering and waste water management projects – said the firm is setting itself to future growth. 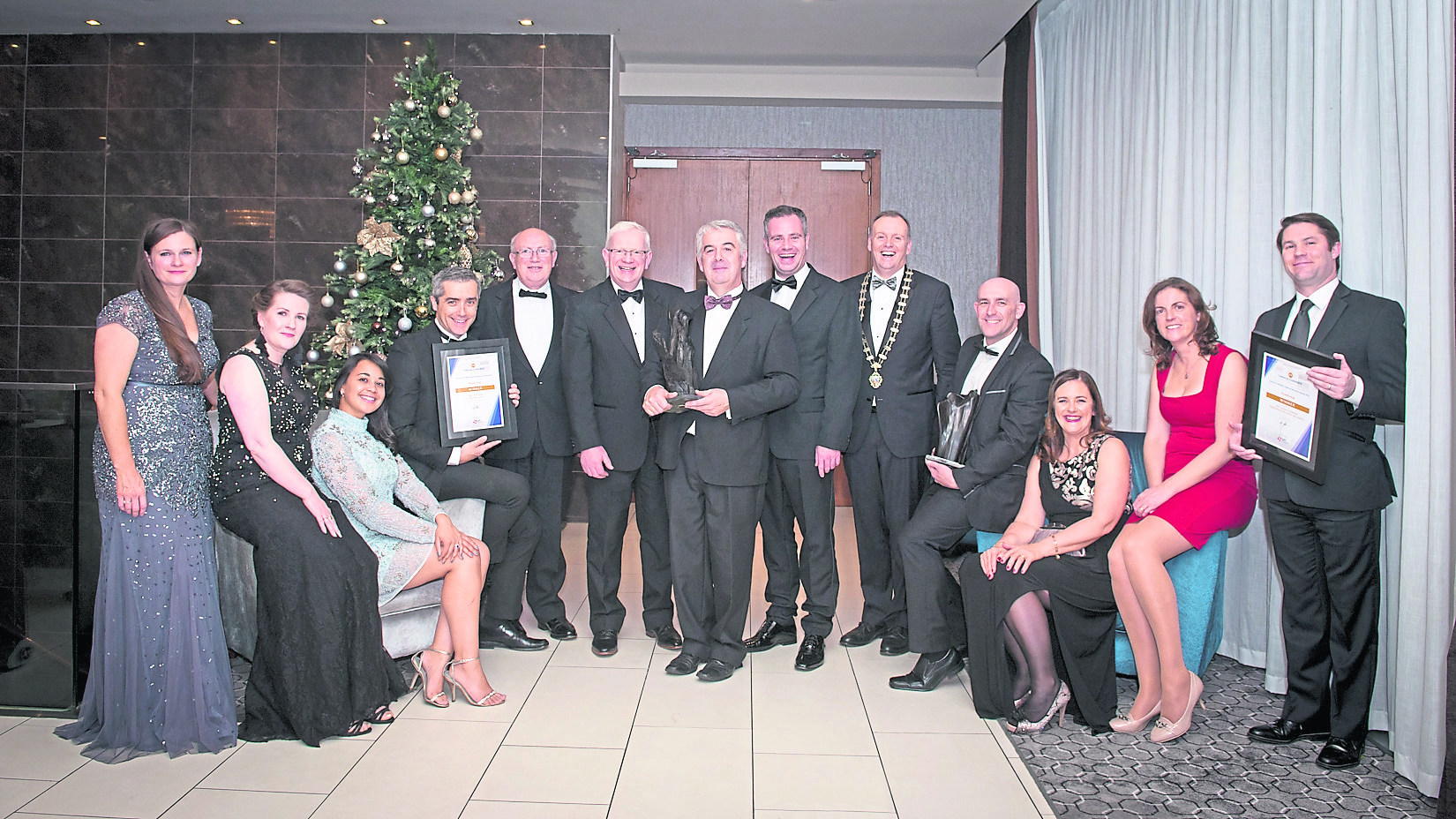 “We are an infrastructure contractor which has set our feet on the west coast of Ireland. Other contractors who come in from abroad find it difficult to work here. Tonight’s recognition is brilliant. To be recognised among your peers is hugely important. It’s very good for staff morale. It demonstrates where we are at,” he said.

Roadbridge employs 50 people in its city offices – plus a further 60 contractors working on Irish Water infrastructure locally. Globally, the firm has 1,000 people on its books – 400 in Ireland.

Mr Gilligan says his aim is to get back to 2007 levels, both in terms of employment and turnover.

“We’d like to add another 500​ ​people,” he said, adding that he hopes Roadbridge will bid for the Limerick-Cork motorway project.

Presenting the award to Roadbridge, Chamber president Ken Johnson praised the company for its “innovative approach and continuous investment in its staff and services”.

“Roadbridge is a forward-looking company that has achieved significant growth through completing major projects in the transport, renewables and energy, utilities, commercial, industrial waste management and leisure sectors,” he said.

The overall prize represented a second award for Roadbridge, which was also named best large company at the ceremony.

The biggest night in Limerick’s business calendar, the annual awards dinner, for which the Limerick Leader is a media partner and was sponsored by LIT, was attended by 450 business leaders and government officials across the region.

It featured a keynote address from Niall Gibbons, the chief executive of Tourism Ireland (see p13).

In his address to the award, the PWC accountant said while Limerick is becoming a “role model” in terms of cities and regions in Ireland, “we cannot become complacent”.

“We cannot take our leg off the accelerator collectively or individually. All stakeholders need to remain focused and continue working together on our shared vision and goals. To use the old slogan – ‘a lot done, but more to do’,” Mr Johnson said. He added Limerick can become Ireland’s second capital.