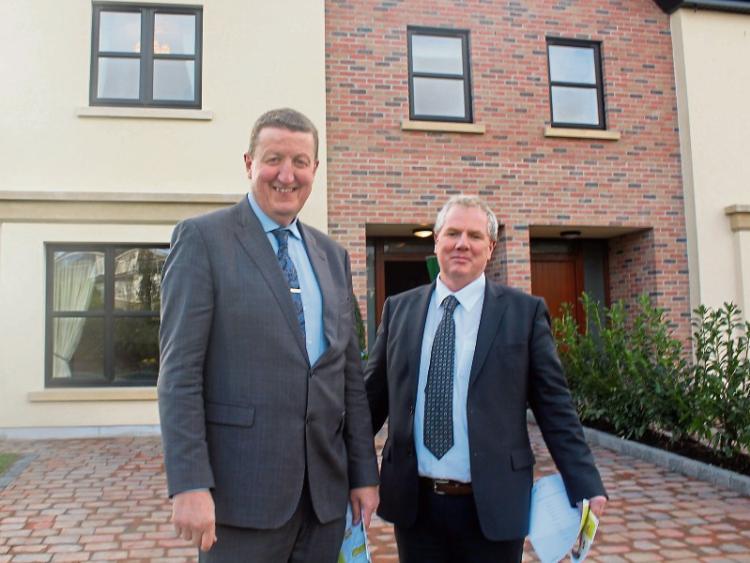 LIMERICK auctioneer Tom Crosse expected much smaller crowds at the second opening of a new showhouse but over 300 turned up to give it the once over.

On Sunday, November 12, over 500 attended the launch of the development at Templeville, Ballinacurra Road, Punch’s Cross, with some sleeping in their cars overnight to guarantee one.

The 40 three-storey houses are a mix of 18 semi-detached four and 22 five bedroom homes. On the day the joint selling agents – Tom Crosse, GVM and Joe Wheeler, Wheeler Auctioneers – shook hands on €5 million worth of sales in just an hour.

They released 16 abodes and all were snapped up on the day. Templeville is being built by Ballymount Properties. It won’t be completed until 2019. Mr Crosse said after the launch,“The big rush is over now”.

However, a crowd of over 300  turned up for the second viewing of the showhouse on Sunday.

“It exceeded expectations – very good interest and a lot of sales are pending. Fifty per cent of the development is now sold. There is a lot of interest outside of the showhouse days as well,” said Mr Crosse.

“There is a lot of genuine interest and it is all owner occupiers. I thought there would be some investment interest but it is not really emerging. It is either young couples starting out or older people downsizing from their big country houses into a nice central location. People like high energy rated houses that are low maintenance,” said Mr Crosse. With half of Templeville already sold he said the level of sales is double what he expected before Christmas.

The Templeville showhouse is open this Sunday, November 26 from 2pm to 4pm.