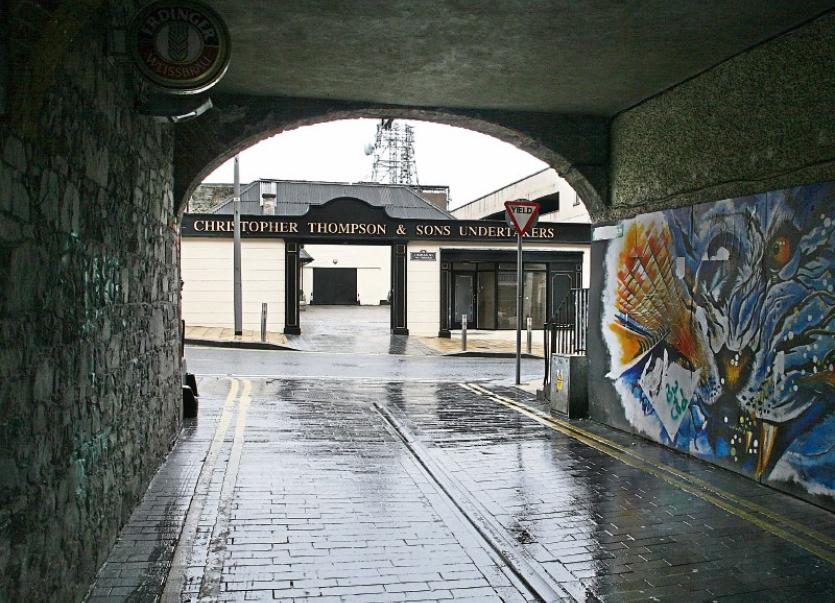 According to a number of mourners who contacted the Limerick Leader, the details of a number of cars which were either parked on double-yellow lines or on footpaths were noted by gardai at around 8pm on Saturday.

It is expected that Fixed Penalty Notices will be issued to the registered owners of the each of the vehicles in the coming weeks.

One man who rang gardai because of the traffic chaos in the area  said he was not impressed with the response he received.

“After we did manage to move on, we eventually parked elsewhere in the city and I rang Henry Street (garda station) and I just said to the person on the phone that there was very bad traffic and that they should send someone down to help out,” he said adding that two gardai arrived in an unmarked garda car around half an hour later and began noting the details of vehicles.

“They could have done more to deal with the traffic but instead they started taking down the registrations of the cars,” he said.

According to another man,  a number of the car-owners, including one with apparent mobility issues, were attending the removal service at Thompson Funeral Home at the time.

“They could have handled it better. It was done in the view of people who were waiting to express sympathy with a grieving family,” said Mike Cusack from County Clare.

A number of the offending vehicles were parked at Fox’s Bow and at least one person who was inside the funeral home returned to their car having been alerted by another mourner who was queuing outside.

“A lot of people in the queue were talking about it and some expressed their disgust that no consideration was given to the circumstances involved. There was a view that it was a quota-filling exercise,” said Mr Cusack.

“They (the gardai) made no effort to communicate with the mourners who were queuing to see if any of the drivers were present and to ask them to move their cars,” he added.

Gardai have been contacted for comment on the matter.