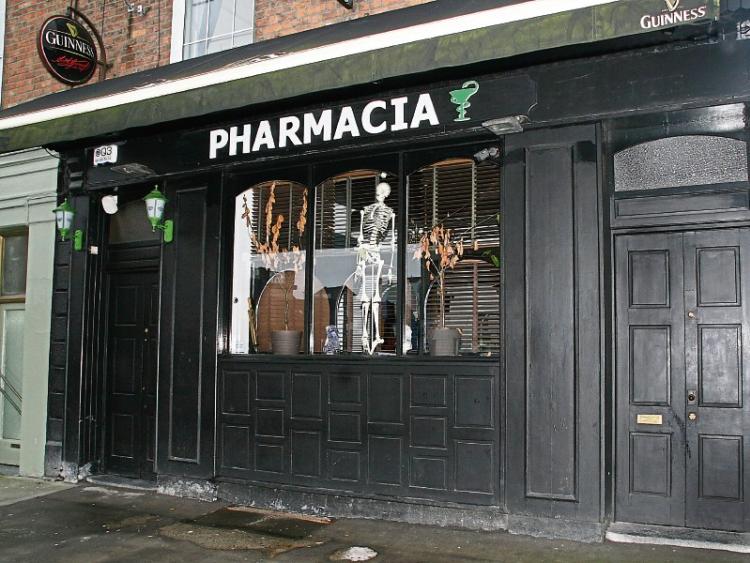 A LIMERICK bar has launched a campaign to help stamp out unwanted attention or sexual harassment on nights out.

Pharmacia, Sarsfield Street, is encouraging its customers to "Ask for Angela" at the bar if they find themselves in a sticky situation from which they need to make a subtle escape.

In a post on Facebook, Pharmacia staff wrote “we take your wellbeing very seriously”. If a customer feels unsafe in the cocktail bar, they can ask a member of staff, “is Angela working tonight?” to get help.

“It’s unfortunate that posts like this are necessary, but sexual harassment happens more than we realise and will not be tolerated. Please do not think it’s any way funny to use this as a joke with our staff, or it will be impossible to tell when to take real action. Take care of yourselves and your mates on nights out,” according to the post.

After seeing an article about other pubs that have taken the campaign on board, the team discussed whether they should implement it in Limerick.

Owner of the bar, Mike Warner, said that the reaction to the campaign has been overwhelmingly positive.

“We saw it and we thought that’s an exceptional idea. We got talking about whether it was really positive or negative to put out there, and we thought, let’s just go with it,” he said.

“The response has been phenomenal. I think it originated in England, in Lincolnshire, a bar group started with it because they had a few issues. We didn’t come up with the idea, but we did decide to run with it. I thought at the time when we were discussing it, that a lot of bars in Limerick were part of this, I didn’t realise that we were the only one. We are grateful that people have perceived it properly and not made a joke of it.”

The campaign focuses predominantly on bad dates, but they are encouraging both women and men to use it if any situation is making them feel uncomfortable. Staff will help customers to get out the back door, to get a taxi or just escape the situation.

“The times have changed, people are meeting on Tinder or meeting people who they may not know anything about, and the profile can be a lot different from the actual person. It just gives them a comfortable out so that there doesn’t need to be a scene. Hopefully it’s something you’ll see every bar doing in future, to reassure the customers that if you find yourself in trouble, there’s an easy way to get out of it,” said Mr Warner.

“Initially we thought people might pick this up as a bit of a wind-up, but we haven’t had a single person respond negatively or try and make a joke of it.”