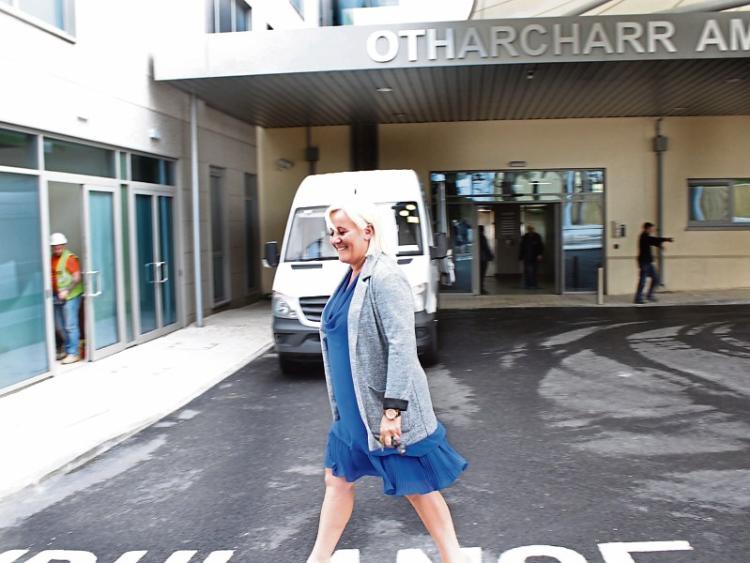 THERE IS no private hospital that is “capable of servicing the demands of insured patients” in Limerick and the Mid-West, the UL Hospitals Group has said this week.

This followed an RTE Prime Time Investigates report, which was highly-critical of UL Hospitals’ failure to adhere to the 20% private practice limits in its Limerick hospitals, all of which are public facilities.

The latest Hospital Inpatient Enquiry (HIPE) figures, referenced in the report, show that 53% of Croom Orthopaedic Hospital’s patients were private while 34% of elective surgeries at UHL in 2016 were private, while it was 36% in St John’s.

In one case study, pensioner and widower Stephen Cussen has been waiting for two knee operations at Croom since January 2015. RTE reported that if he was private, he could get an appointment within six months.

The report said that he is on “multiple painkillers” so that he can walk.

Limerick pensioner Mary Comber was facing a two-year wait for cataract surgery at the ophthalmology department at UHL.

In May, the 75-year-old patient went to Dublin to sell her life’s jewellery in order to pay for one procedure, which cost nearly €1,800. The report said that Mary could get her operation done at the same public hospital within two months, instead of waiting two years.

Consultant contracts issued after 2008 can vary between an 80:20 and 70:30 public-private split. But those who were issued ‘Buckley Category’ contracts after 1997 do not follow this split.

Fianna Fail Deputy Niall Collins said that “there should not, and must not, be fast track waiting lists for private patients accessing treatment from private consultants working in public hospitals”.

“Additionally, the ability of private patients to skip public patients to access procedures and operations goes against what a publicly funded health service should be about.

“Fianna Fáil believes that there must be one common waiting list for public hospitals.”

He described Croom’s private patient rate as “worrying”, and was “disturbed” by Ms Comber’s case.

“It is terrible that someone is forced to pay so much to get such essential treatment, and paints a picture of a very unfair and unjust health system,” he stated.

He added that the HSE has “failed in its duty to oversee compliance” and that the public “at large is suffering”.

A spokesperson for the UL Hospitals Group said that it “expects all consultants to adhere to the requirements of their contract.

“Not doing so is unacceptable and compliance is monitored to ensure the requisite number of hours is being delivered to the public health system across multiple sites.”

UL Hospitals said that it believes that they have the lowest rate of orthopaedic consultants surgeons per population, with five five consultant surgeons covering 380,000 people in the Mid-West.

It said that meeting the demand from “significant numbers” of public referrals requires additional consultants, adding that the “sheer volume of referrals is the most significant factor” in lengthy waiting lists.

“UL Hospitals is in a unique position and, unlike in Dublin, Cork or Galway, there is no private hospital in the Mid-West capable of servicing the demands of insured patients. This is compounded by the low numbers of specialist consultants in some specialities as noted who are providing emergency and elective care to public and private patients alike.”

It added that its consultants work across multiple sites and the public-private mix should be viewed in this context “rather than site by site”.

The overall split within the UL Hospitals Group is 72:28, it said.

UL Hospitals Group spokesperson said that it welcomes the Slaintecare Report which recommends a “phased elimination of private practice from public hospitals”.