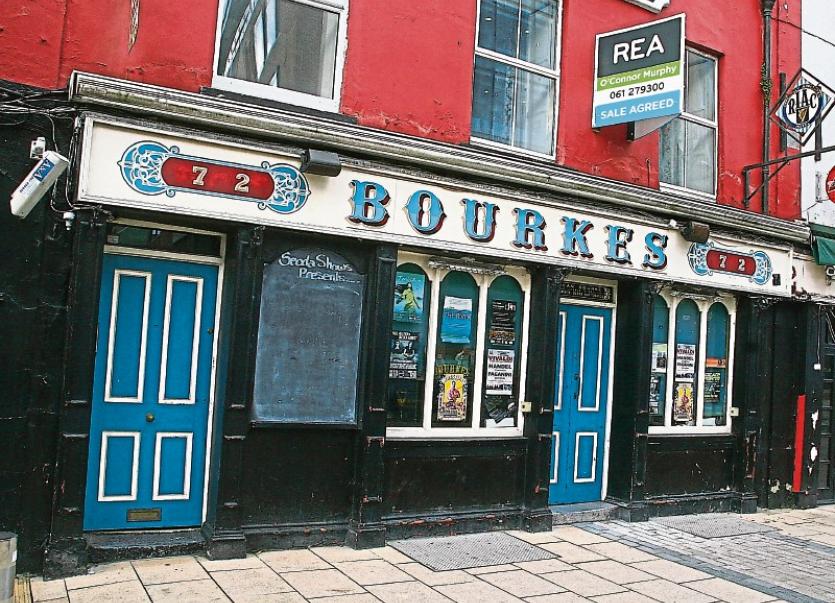 Sale agreed: The pub on Catherine Street is set for a new lease of life

A FORMER pub on Limerick's Catherine Street is set for a new lease of life after a sale was agreed on the premises.

Bourke’s Bar closed in 2014, after the premises was earlier reopened by Lorcan Bourke, a grandson of the former mayor of Limerick, the late Jack Bourke.

But now, the Limerick Leader can confirm a sale has been agreed for the city premises.​

“It is city people who have taken it over,” a source said.

“They are planning to reopen it as a pub. Contracts have been signed, but it is not yet closed. But the plan is to reopen the pub, absolutely. They are people in the pub business already.”

It's understood the new owners of the pub are to be members of the Flannery family, who operate a popular bar and nightclub in Upper Denmark Street.

Councillor Jerry O’Dea, who is the local representative of the Vintners Federation of Ireland, welcomed the agreement.

“We’ve been through a period where many pubs have closed unfortunately. But this year, things seem to be turning. I’m very proud of the offering the Limerick publicans have,” he said.