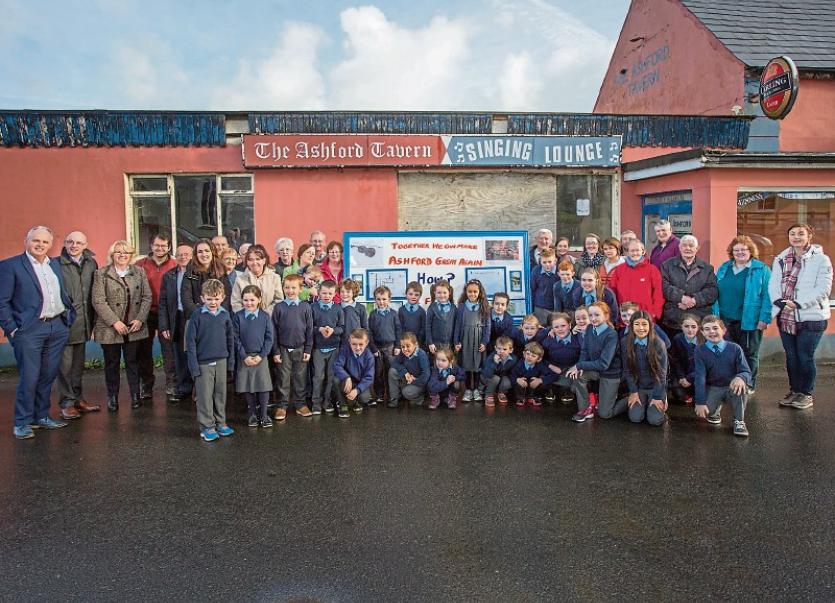 JIM Mulcahy, aka The Mayor of Ashford, is a canny promoter of his own community. And as part of an ambitious new project that is getting underway in Ashford, he has borrowed and adapted the catch-cries of not one, but two US presidents.

“Let's make Ashford great again,” Jim has painted in big letters on a public notice board. And just below the project details, he has inscribed the immortal: “Is féidir linn”.

The slogans have indeed captured the mood in Ashford and its sister village of Raheenagh, which form the parish of Killeedy, tucked into the foot hills of the Mullaghareirks.

The sense of pushing hard towards renewal is strong and there is no lack of  energy and determination to make their latest project a reality: transforming the old Ashford Tavern pub into a community resource centre housing a Teach Cheoil, a gym, youth space, cafe, exhibition and gallery area as well as a hub for the walkers and cyclists who are increasingly coming to the area.

It will also provide a function room for community events and for church events such as funerals, explains Jack O’Connor of Kantoher Enterprise Group which is co-ordinating the project.

Colman Deely, chairman of the group, adds that they also hope to house an interpretative and information centre within the complex, telling the story of St Ita who gave her name to the parish.

“There is a lot of interest in St Ita but no information point,” he said.

They would also hope to include the general history of the area as well as genealogical information and to tie in with this, a survey of the old graveyard is planned.

“We didn’t want to clash with existing facilities in the parish,” Mr O'Connor pointed out.

But a parish needs survey was conducted and the tavern project has been designed to meet those needs. 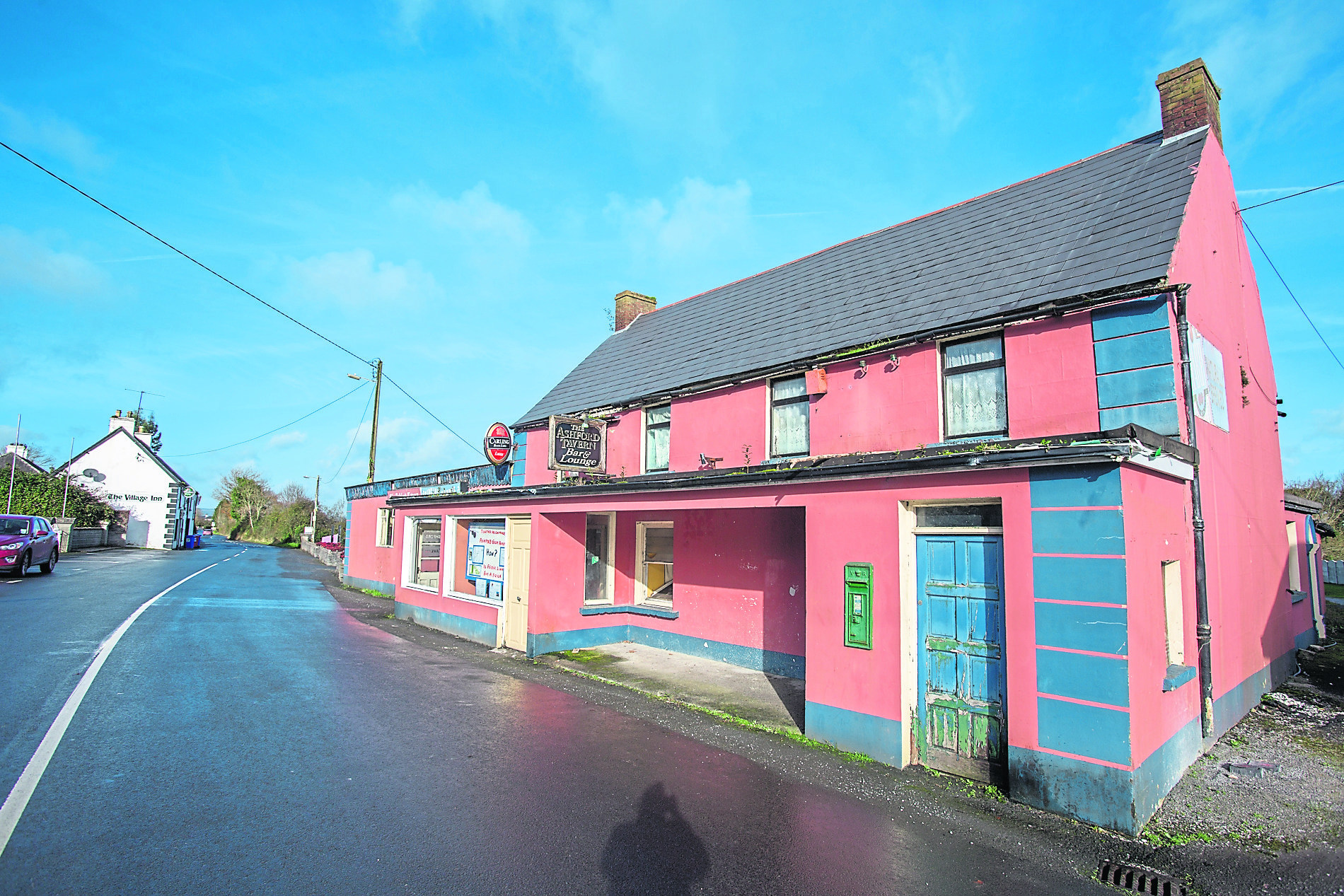 It is heady stuff in a small rural community that, a little over a decade ago, was bruised and battered when the Kantoher poultry plant closed, with hundreds of job losses, at much the same time as Castlemahon Poultry closed. And it is likely to cost at least half a million euro.

But already, the Ashford Tavern has been bought outright and plans for the 4,000 square foot centre have been given the green light.

The old part of the tavern, a Victorian building, and almost an exact match for the nearby Village Pub, will be restored to retain the street line  Mr Deely explains, and the rest will be new-build.

“We have applied for funding to West Limerick Resources but we won’t know the outcome until December,” he added. But locally, the push is on to raise their own contribution of €150,000.

A Buy a Brick scheme has been launched and is going extremely well with up to 40 people actively pushing the scheme. Many people are buying bricks in memory of a dead relative but Mr O’Connor said: “We are also reaching out to the diaspora.” And they are confident of a good response.

Early next year, they plan another, different round of fundraising, a series of concerts that is certain to ignite memories of the good old days in Ashford Tavern when all the big bands and big names in Irish music made their way there.

The Dubliners, the Wolfe Tones, Joe Dolan, Big Tom were  among the long list of visiting acts and then there was the hugely successful Queen of the West which ran for many years.

The Ashford project will be a huge bonus for walkers and for promoting the Ashford Broadford Walking Trails, Kathleen Barry, one of the driving forces behind the trails agreed. “We now have people visiting the area all the time. It is disappointing that such a derelict site is there at the start and end of the trails,” she said. Having facilities, such as toilets and a cafe at the trail head would be a huge boon for walkers, she added.

For Con Herbert, a master traditional player and teacher, the Ashford Tavern project is a dream come true. Each week, some 130 young people gather to learn music through the local Comhaltas Ceoltoiri branch and having a Teach Cheoil will be the ultimate.

“We have been looking for a Teach Cheoil for a long time,” Mr Herbert said.

“It is a dream for years to have a centre as we have had no headquarters. It will also be a great place to archive our old material and instruments and to invite outside artists to come and perform in an intimate centre.”

“I learnt all my music here in Killeedy,” he said.

“It makes me really proud to see this happen and I am delighted that the facility that was the Tavern is going to be reinvented. There is great community effort going into getting it to reality.”

Mr O’Connor adds: “Essentially, this is all about renewal. We are trying to revive the village and our rural community and we want to show that Ashford is a fabulous place to live.”