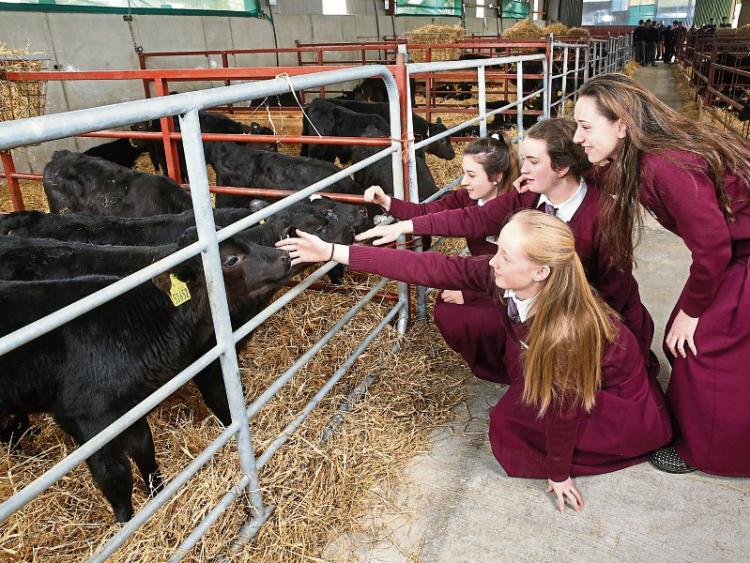 FIVE Laurel Hill Secondary School students have found themselves the proud owners of five Angus cross calves and they didn’t cost them a penny.

But as the main photograph shows – they are anything but cross! The girls were picked out of hundreds of entries as one of the five finalists in this year’s Certified Irish Angus Beef schools competition. They have to rear their calves for 18 months until their slaughter as part of their Leaving Certificate agricultural science curriculum.

The competition run by the Irish Angus Producer Group, along with its processor partners ABP Ireland and Kepak, aims to encourage second level students to gain an understanding about the care and attention that is required to produce and market the highest quality beef for consumers.

The five teenagers all live in the countryside but are not from a farming background. Jane McNamara is from Meelick; Aishling O’Neill, Donoughmore; Aoibhinn Leahy, Crecora; Susan O’Neill, Crecora, and Emily Walsh, Ballyneety. Together they coined the catchy title From Wellies to Bellies.

Susan and Emily called into the Limerick Leader office to discuss their project and say they have a new found respect for farmers.

“We never realised it as we wouldn’t have been around it but farming is a really tough job,” they say.  As the Laurel Hill groundskeeper wouldn’t be too happy with the calves grazing the grass on the camogie pitch they are being reared in Pallaskenry Agricultural College.

Emily said: “We’ve never had anything to do with a farm. It’s all new to us so we want to try and get hands on.” Susan added: “We’re going to be there to give them their doses and at all of their weigh-ins.”

The fifth year students have named three of the calves – Alfie, Angus Dumbledore and Dovey d’Houet. The latter is named after FCJ foundress Marie Madeleine d’Houet. The Bishop of Limerick invited her to open a school in 1844. The last two calves are John Does until winners of a school naming competition are revealed. 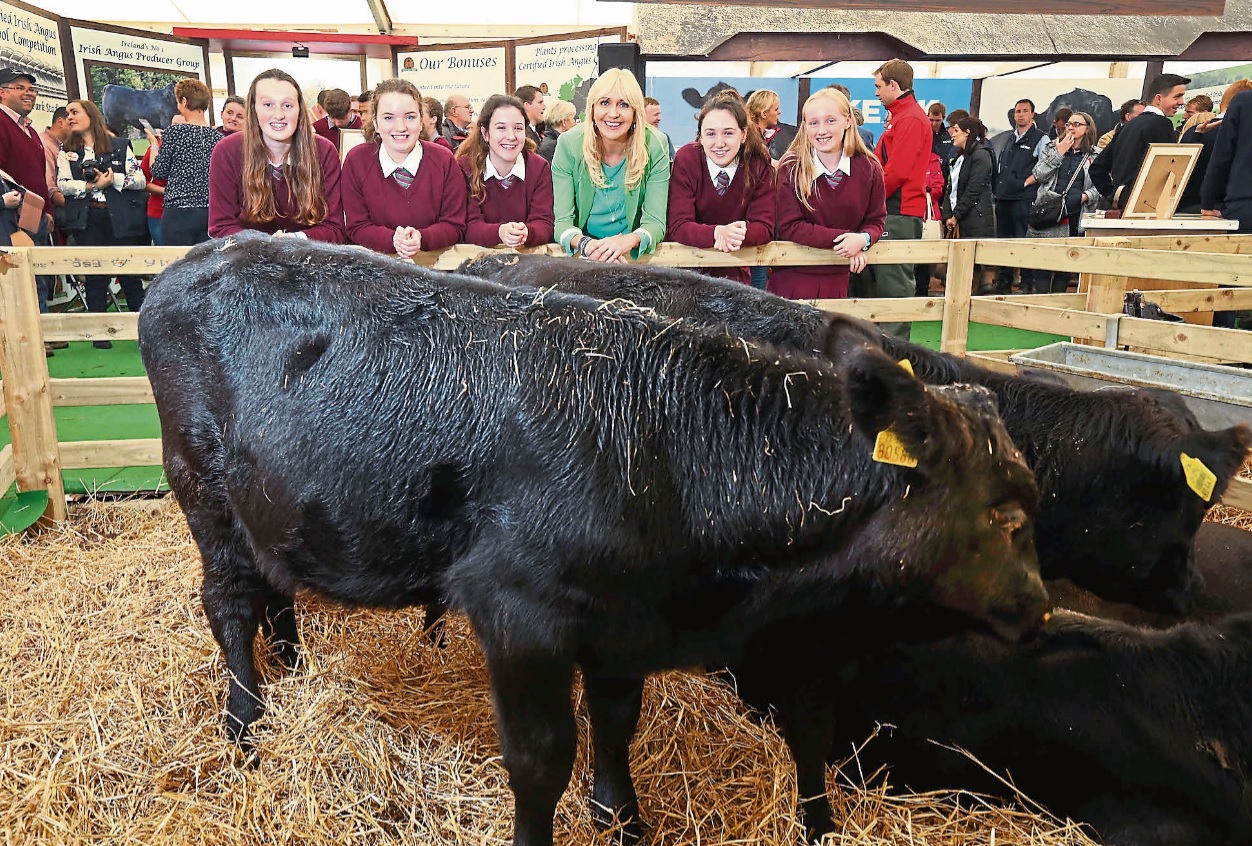 The project started in 2016 when two transition year groups from Laurel Hill entered the competition. The first stage was to make a short video explaining their idea as well as their general knowledge about the breed. The two sets of girls were lucky enough to qualify for the second stage which required them to travel to Mullingar for an interview with sponsors.

Entries were whittled down but the two groups were picked in the final 30 and invited to Croke Park to present their project to more judges and members of the public.

They got a real sense of what is like to be farmers as they had to be up at the crack of dawn to be in Dublin for 8am.

Susan and Emily list off a number of ideas they came up with to promote Irish Angus beef and on their theme of making an education programme for primary school children to teach them about the breed.

They included a board game, recipe cards, snap cards and even hoof prints in supermarkets to lead shoppers to the Angus aisle. In March, organisers of the project came down to Limerick and announced From Wellies to Bellies was picked in the final five. Then in September they received their five calves at the National Ploughing Championships.

In a way their journey is only beginning as they have to look after the calves until slaughter in 2019. Each of the finalists will receive the financial benefit involved in the selling of the animals to the processors.

Then the overall  winning team receives an additional grant of €2,000 for their further education.

And in the case of Susan and Emily it could be in the field of agriculture.

“Ag science is something most of us would never have even considered before this project. There are a lot of us in the school doing ag science now,” said Emily and Susan, who on behalf of all the students thank their teacher Deirdre Condon-Gaffney for all her help, guidance and support.

County Limerick pupils have an excellent record in the competition as Salesian Secondary College Pallaskenry were also finalists.