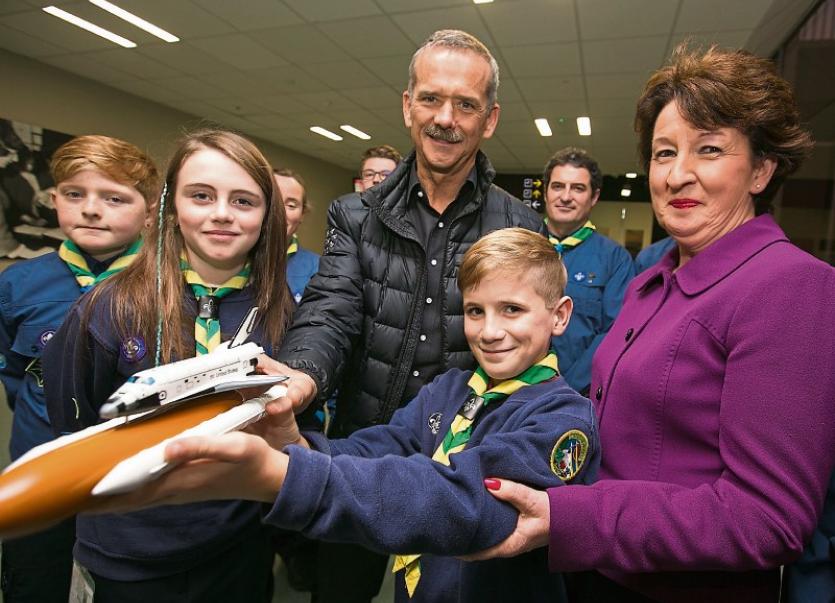 Members of the First Clare Shannon Scouts, with Rose Hynes, chairman Shannon Group, and Canadian astronaut Chris Hadfield in the Clayton Hotel where he played a concert Picture: Arthur Ellis

THE beautiful and easy gentleness to the consistency of the Irish weather can define Irish character. This is the message astronaut Chris Hadfield had for his audience ahead of the Gig for Ghana at the Clayton Hotel, on Steamboat Quay.

“There’s a harshness to Canadian and Russian weather that tends to drive the emotions and seasons, but in Ireland there’s a beautiful, easy gentleness,” he said

Before addressing his audience in Limerick he arrived to a large ceád mile fáilte at Shannon.

“I’ve always had an interest in Ireland and Irish culture; hence my tweet ás Gaeilge from space. I was delighted to be a tourism ambassador for Ireland and that got me to see much more of the country than I could ever have hoped.

"And now I’m back here at Shannon Airport, the gateway for the Wild Atlantic Way and an airport with its own space links given it was a designated emergency runway for space shuttles, but thankfully was never used as an emergency,” he said.

After his short visit to the airport he was swept away to speak and perform at his niece Kelly’s charity Gig for Ghana, presented by Steamboat Music at the Clayton hotel in the city.

The charity is designed to create awareness and raise funds to improve health care in northern Ghana. 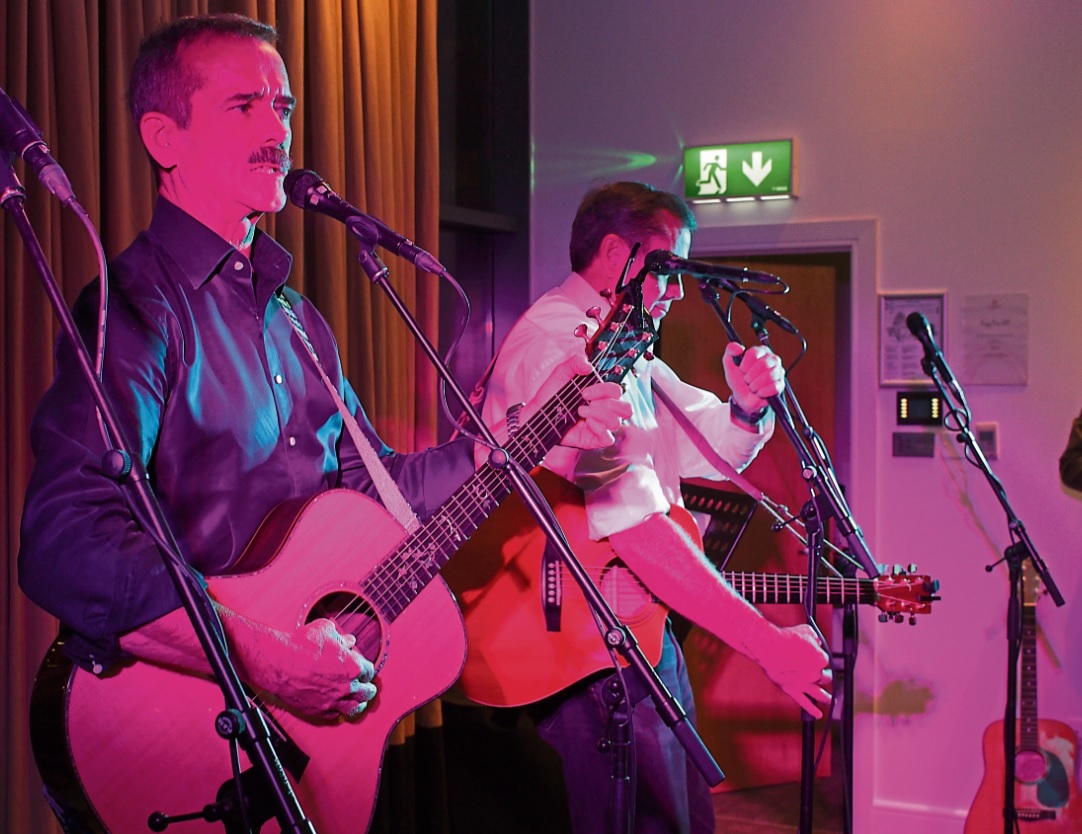 Speaking about being inspired by what his niece, a University of Limerick Medical School student, has done for northern Ghana, he said: “When you reach adulthood you have to choose what’s important to you, so my wife and I support several philanthropic organisations, but this one very much and not just because it's family but because it has an impact for several hundred thousand people, who just lack the very basics of what civilisation can bring,” he said.

Mr Hadfield, who performed with his brother Dave, a former transatlantic pilot added: “Kelly really inspired me, earlier on in life more than I ever did recognise, the difference that she could make and the things she has done in northern Ghana are immensely impactful to so many people's lives.”

During the event autographed pictures that the astronaut took from space were auctioned of in a silent auction, one of which sold for €3,000 to an anonymous bidder, while a guitar autographed by Mr Hadfield, which he played on, went for €1,050.

All proceeds raised on the night will go to Ghana Medical Health.

It was then onto the University of Limerick for Mr Hadfield to attend the annual Shannon International Leasing Conference.

A “captivating, engaging, informative performance” by the astronaut which was also described as “literally out of this world,” focused on his life experiences.

The event showcased Shannon and highlighted the benefits that the region can offer across aviation.