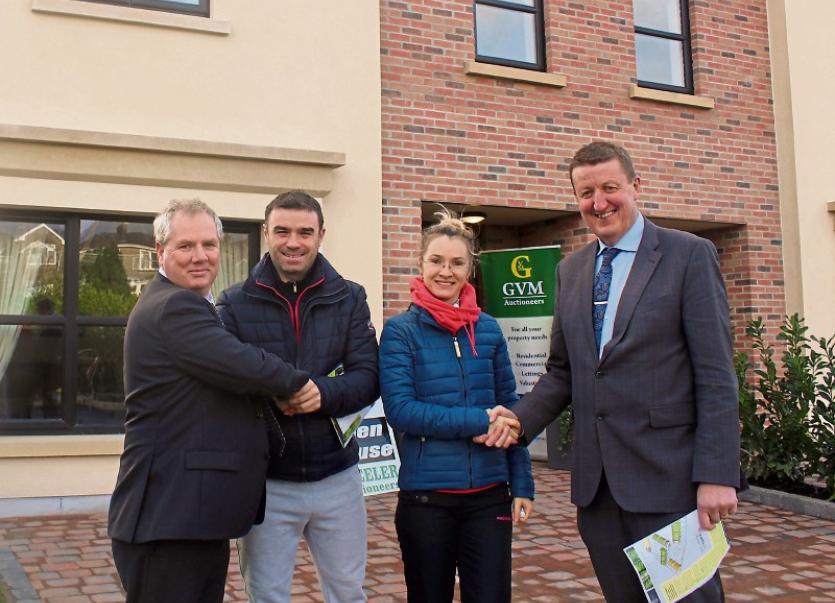 LIMERICK auctioneers shook hands on €5 million worth of house sales in just one hour on a Sunday afternoon.

Over 500 attended the launch of a new development - Templeville, Ballinacurra Road, Punches Cross - with a number sleeping in their cars on Saturday night.

Mr Crosse said there was “real strong interest” at the unveiling of the showhouse on Sunday.

“There was a big volume of people there. They were young couples and then you had a number of people that were trading down from their big country houses and buying a nice energy efficient house in the city and close to everything.

“It was all owner occupiers. It was as good as I saw during the boom years,.” said Mr Crosse.

The large crowd exceeded the expectations of both Mr Crosse and Mr Wheeler, who put it down to the “mix of the location and the quality of the product”.

Templeville is being built by Ballymount Properties.

Mr Wheeler said: “We’ve been getting expressions of interest for the past six months. We released 16 houses on the day and all were sold. We just wanted to gauge the market.

“We didn’t expect the level of interest. It was a mix of young couples and people scaling down from bigger houses. It is a return to the heady days of 2006. If we released more we certainly would have had more uptake,” added Mr Wheeler.

The joint selling agents will be opening the Templeville showhouse again this Sunday, November 19 from 2pm to 4pm and releasing more properties to the market.

“The big rush is over now. There will be no more queuing – that normally only happens on the first day. They started queuing for the houses on Saturday afternoon from 4pm. Four people camped out over night. They all got looked after. We had 16 sales totalling five million euro worth of sales in an hour.

In September, house buyers queued and slept in their cars for more than 40 hours in a bid to purchase one of five houses in Kylemore, Castletory.

Lisa Kearney of Rooney’s Auctioneers said such queues are “not unprecedented”, but look set to continue due to the “huge demand and massive shortage” in the housing market.