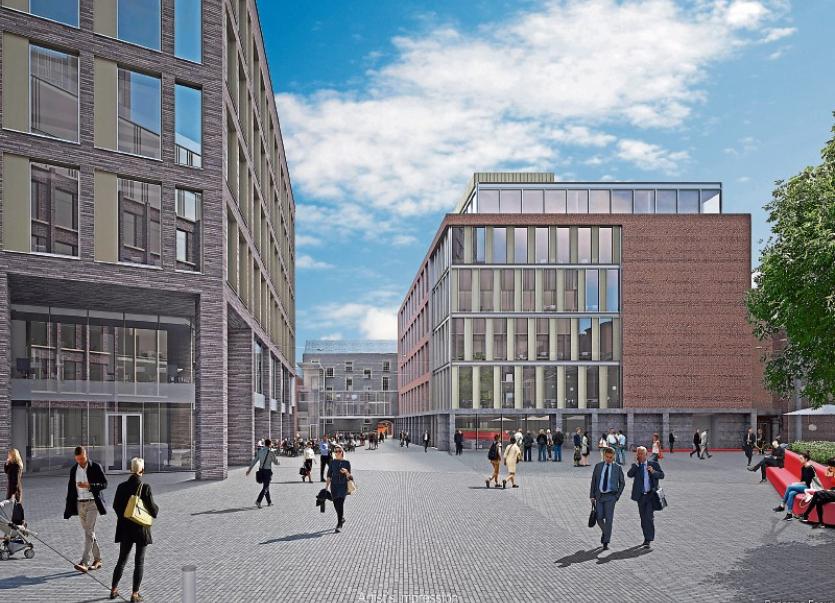 Project Opera is set to transform part of the city

REPRESENTATIVES of the European Investment Bank are in the city today to sign off on an €85m loan to transform the former Opera Centre site into an area which will be home to 3,000 jobs.

Andrew McDowell, the vice-president of the European Investment Bank (EIB) will meet council boss Conn Murray and Denis Brosnan, who chairs the Limerick Twenty Thirty vehicle charged with delivering on the transformational plan, at City Hall at 3pm this afternoon.

The loan will facilitate the transformation of the Patrick Street site into one of Ireland’s top urban office developments.

It will be the largest ever EIB support for urban investment in Ireland”.

The prime site comprises part of an existing urban block, bounded by Rutland Street and Patrick Street to the west, Ellen Street to the south, Michael Street to the east and Bank Place to the North. “Project Opera” is proposed as a mixed-use development of the site with an emphasis on public/private sector uses and small scale retail which may include a residential element.

A new public square is to be provided as part of the development with pedestrian links to adjacent city streets.

The Opera site — once valued at over €100m at the height of the boom — failed to get off the ground following the economic crash, and the Council purchased it for €12m in 2011.

Now known as ‘Project Opera’, this forms the centrepiece of the 2030 plan, to make Limerick an attractive and competitive international city.

The firm has also purchased other key strategic sites including The Gardens International project, which is under construction to provide 80,000 sq ft of Grade A office accommodation.