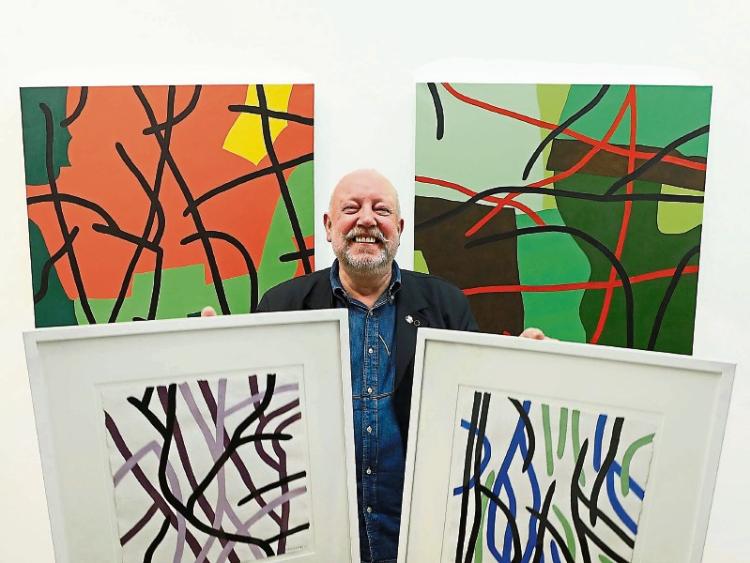 Mr Walsh, who is one of the country’s most noted contemporary artists and is well known in Limerick art circles, was awarded the €5,000 prize from a shortlist of four contenders at Vue 2017, the national contemporary arts fair at the Royal Hibernian Academy which concluded recently.

The Savills Art Prize is awarded to an artist who has exhibited in the last year and made a substantial contribution to the visual arts in Ireland.

Mr Walsh, a long-time Limerick resident now living in Clonlara in Co Clare, is a multiple award-winning abstract painter but said he was surprised to win the Savills Prize in light of the other artists nominated.

“Art is a lifetime vocation, not a weekend job, and this prize is a confirmation that if you keep your focus and, hopefully, keep producing good work, then it will pay off,” said the artist, who has been described as one of the finest draughtsmen in the country.

"This is only the third year the Savills Art Prize has been presented at Vue and we hope the award will become as important to Irish art as the Turner Prize is in the UK," said Vue 2017 organiser Louis O’Sullivan.

Mr Walsh who is London-born but whose parents are from Limerick and Ennis, lived in Limerick for 22 years and is now based in Clonlara.

An Aosdána member and regarded as one  of the country’s leading exponents of abstract art, Mr Walsh is the founder of the National Collection of Contemporary Drawing that hangs in the Limerick City Gallery of Art.

He is closely associated with the beginnings of the Limerick EV&A and has taught at many institutions including NCAD, the National Gallery of Ireland and the Pont-Aven School of Contemporary Art in France.

His work has been acquired by national collections in Hungary, England, Croatia, Italy, and Switzerland. An exhibition of his work  ‘Segment and Apple Drawings’ will take place in the Hunt Museum in February and March.