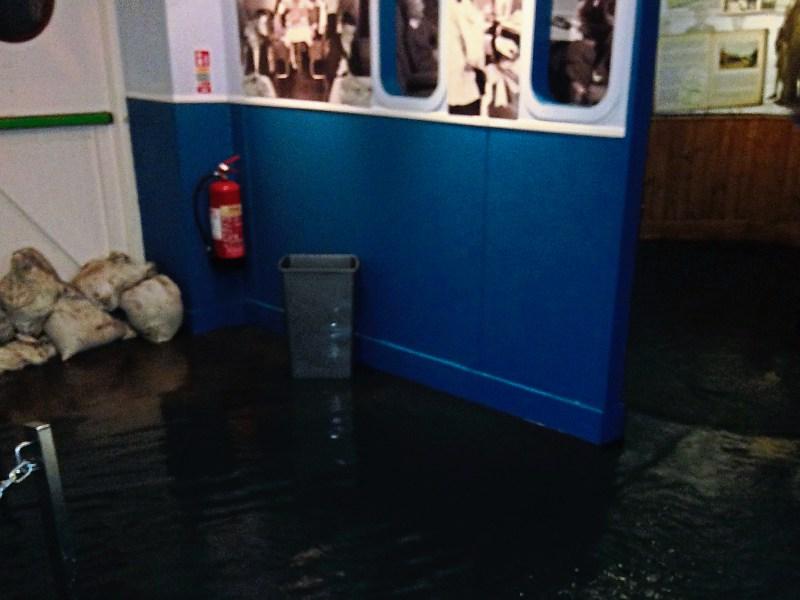 THERE is devastation in Foynes this Saturday after the village’s historic flying boat museum was “destroyed” by flooding.

The main road into the village has been closed off, and is likely to remain closed this evening, as fire crews deal with the damage, which occurred when a man-made lake above the village overflowed.

It followed 24 hours of continuous rain at the West Limerick port village which caused a drain blockage at this lake.

Museum director Margaret O’Shaughnessy (pictured) says she is “devastated” – but paid tribute to council staff, the fire services and the community for rallying behind her. 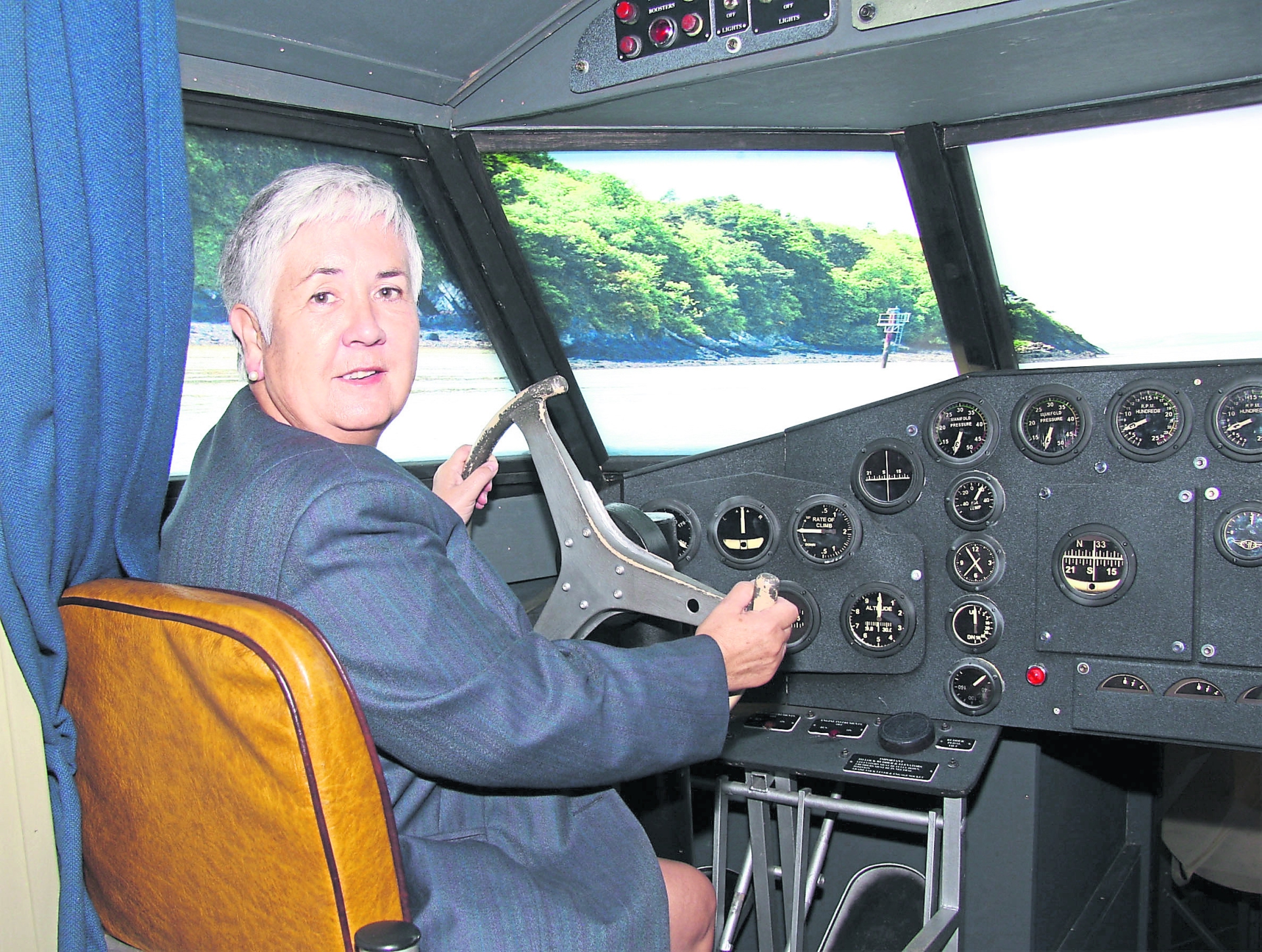 Founded in 1988, the Foynes Flying Boat Museum is inspired by the first transatlantic flights from the port. As well as a variety of memorabilia related to these flights in the first half of the 20th century, the facility also plays host to a 1940s styled cinema showing newsreel from the time, and a flying boat simulator. 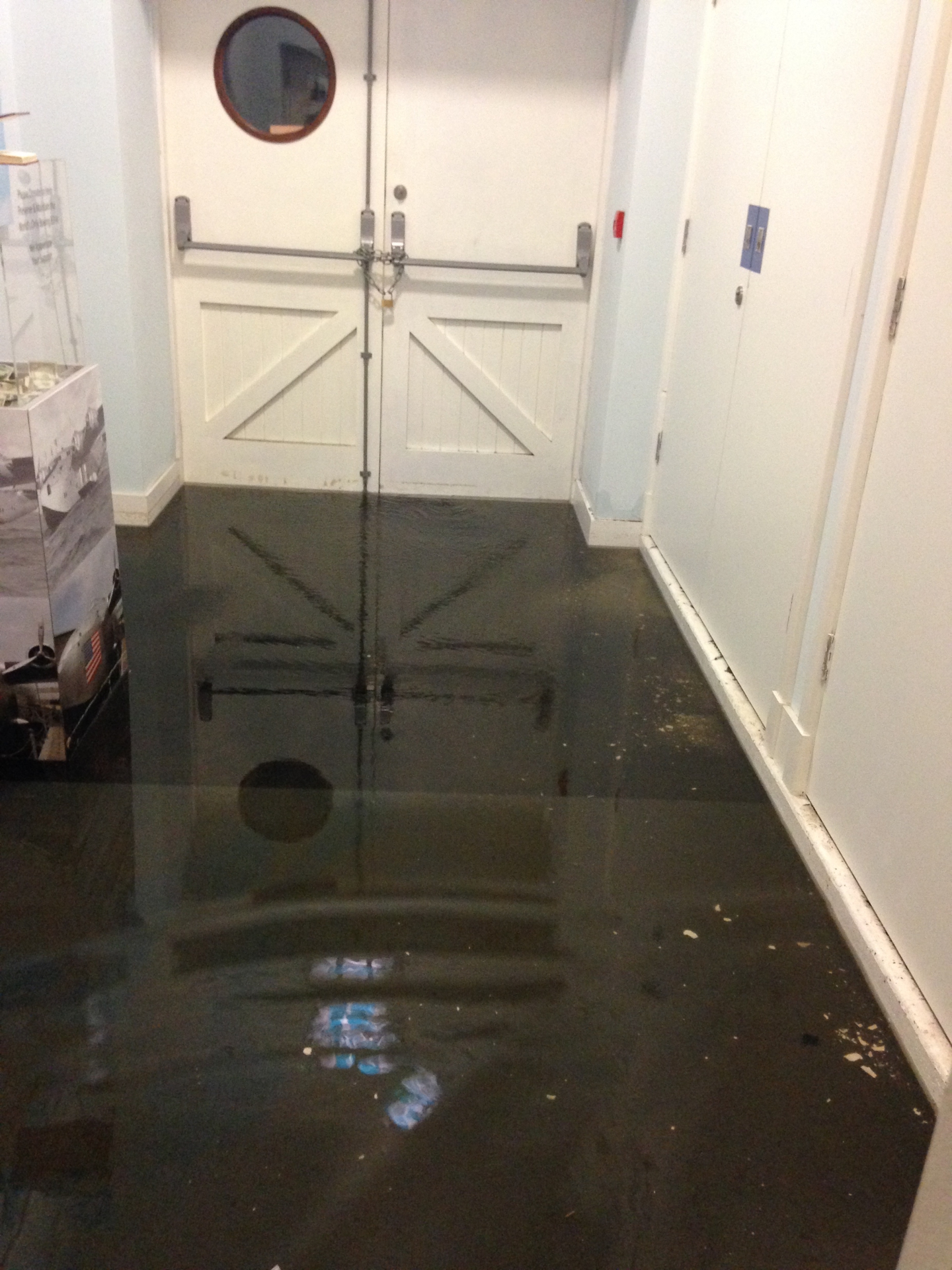 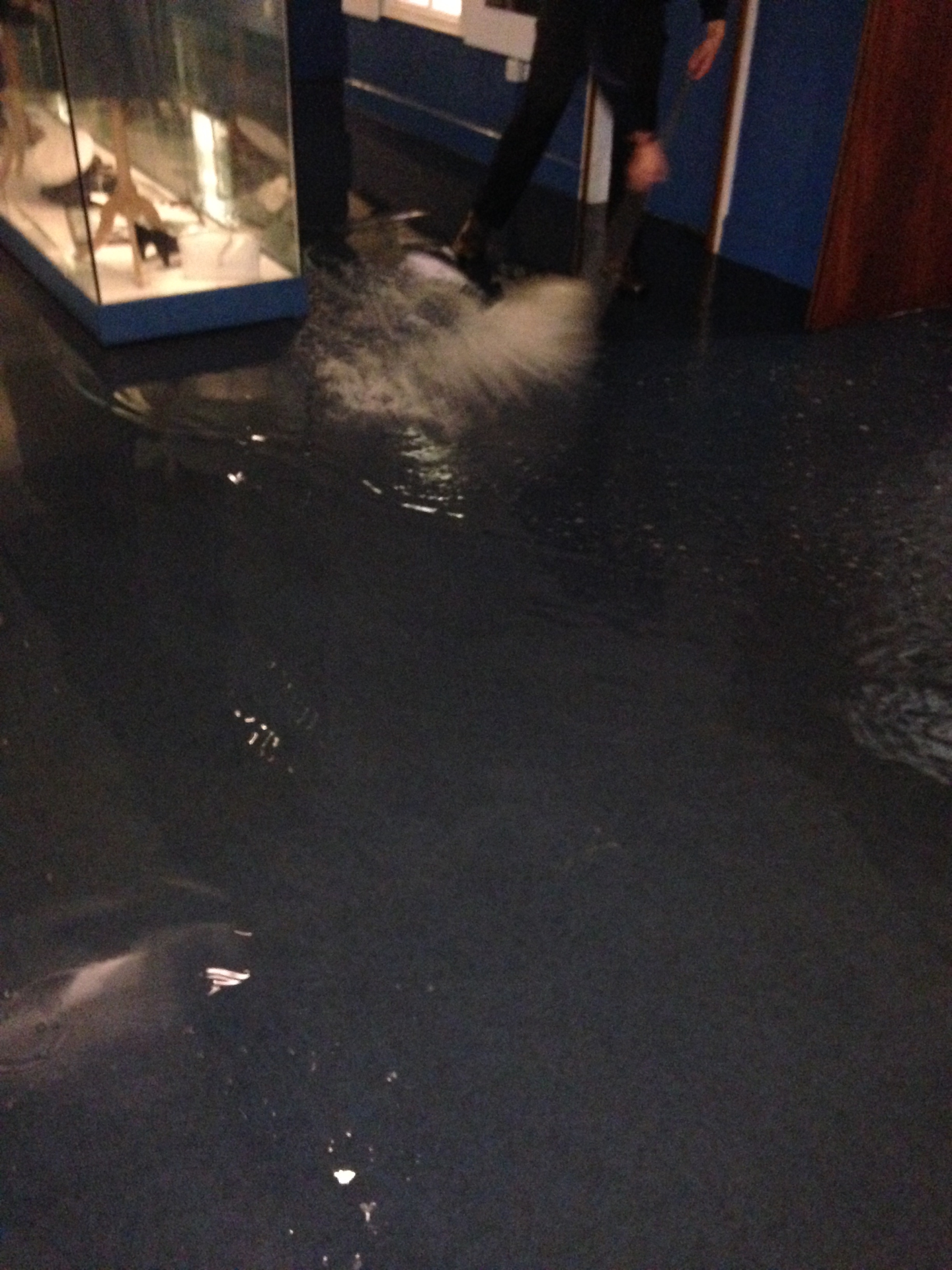 It was the village’s flood defences – which prevent the Shannon bursting its banks – which perversely contained the water coming down from above the village.

Before the erection of these defences, local councillor John Sheahan said, water from this lake flowed across the road to the pier and into the river.

“It’s totally unfortunate. We have had in excess of 24 hours constant rain. It’s another one of these acts of God, where we are going to have to look at the design of these flood defences so we can alleviate the problem,” Cllr Sheahan added.

Council engineers have been in the area since early this Saturday afternoon, while three units of Limerick Fire and Rescue Service – one from Foynes, the other two from Newcastle West – remain on the scene.

#LIMERICK The N69 Kerry/Limerick Rd remains closed at Foynes due to flooding. Diversions are in place via Shanagolden. https://t.co/pdsEzJTRQr

It’s understood two other commercial premises were also affected by the flooding, but no homes.