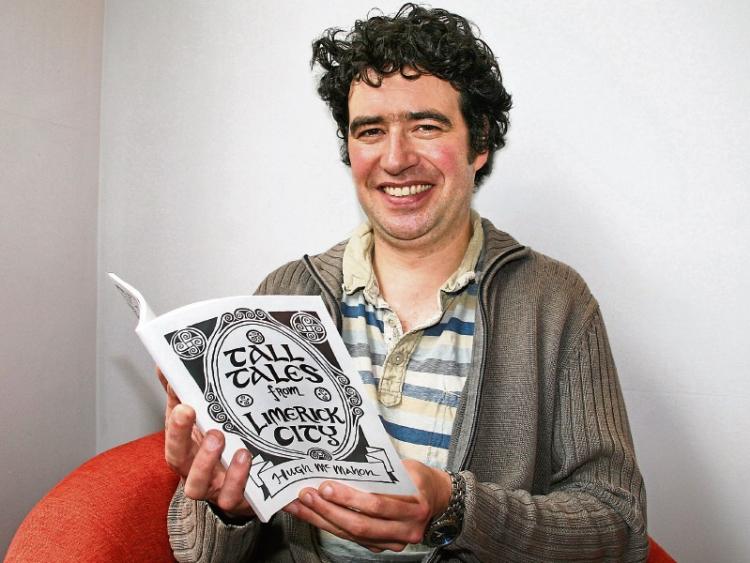 DID you know that there was a tradition in which every new Mayor of Limerick would throw a dart into the river from a boat bearing the mayoral flag, to show that he was Admiral of the Shannon?

How about the connection between Jack the Ripper and the city? The serial killer’s fifth and final victim is believed to have been Limerick born Jane Kelly, who fell into prostitution after her marriage engagement broke down.

These local anecdotes are just a sample of the 122 illustrated tales to be found in Hugh McMahon’s latest publication — Tall Tales from Limerick City - the latest book from the Coonagh native about Limerick’s local history and folklore.

“They are stories that are worth repeating, that are maybe in danger of being forgotten,” he says, flicking through the book.

Completely hand-drawn and handwritten in black ink, it is one of those rare books that would interest anybody with even a passing interest in Limerick. 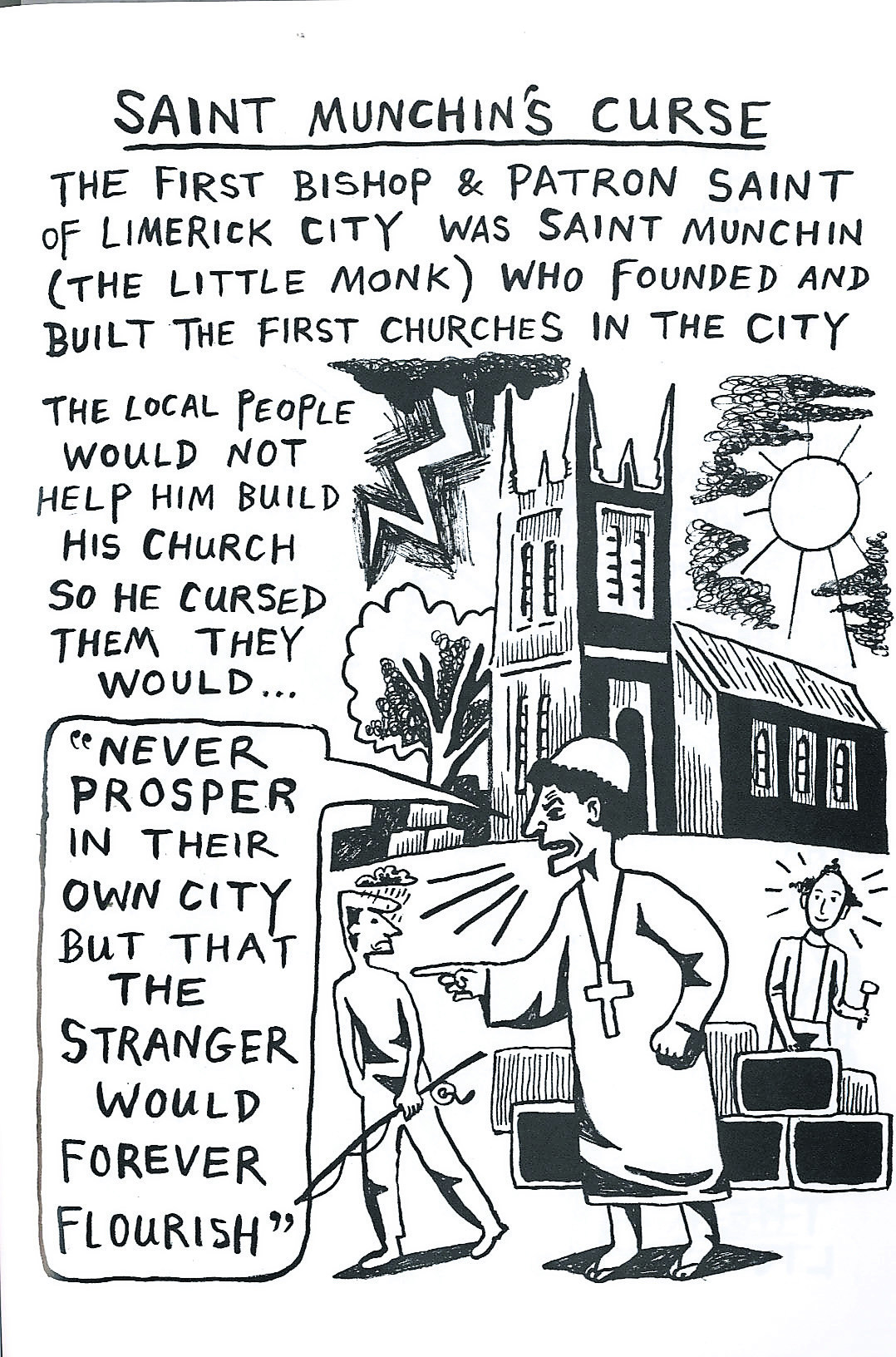 Text runs into detailed, comic-like illustrations, and back to text, and the little volume feels like no work at all to read.

“These are local interest stories that I’ve picked up from local history, and there’s folklore and mythology mixed in with the history. They are interesting stories about local people, architecture and features,” said Mr McMahon.

He made use of kind help from local historians, books and archives, but some of the lesser-known, quirkier nuggets have come down through the generations by word of mouth.

“I’m not a historian, I couldn’t stand over the truthfulness or not of any of them,” he said, “it’s more about the hearsay, the anecdotes and local folklore”.

One of the book’s truer tales is that of Christopher Colles, an Irish engineer from the 1700s who worked on various navigation and architectural projects in Limerick. It is said that his early work on the grid street designs for Newtown Pery influenced his later city planning work in New York city. Now, that’s a claim to fame.

Daniel O’Connell, ‘The Great Liberator’ who now stands in stone on O’Connell Avenue, did not advocate violence — and apparently always wore one black glove to remind himself of a killing he committed as a young man.

And where did Watchhouse Cross get its name? Well, in times past, there was a booming black market for cadavers — dead bodies for the purpose of medical dissections.

Because of this, grave robbing was rampant, and locals had to keep watch over their graveyards. There was a watchhouse at Watchhouse Cross on the city’s northside, to stop opportunistic robbers from stealing corpses from the cemetery in Ballynanty.

But besides grave-robbing, the Limerick people were truly an enterprising bunch. There’s a story about how unscrupulous tourists would take chippings off the Treaty Stone, to have as a keepsake from their time in Limerick.

The ‘local scallywags’, writes Hugh, capitalised on the illicit trading of ‘Treaty Stone relics’, selling stones from the riverbank to naive tourists.

At least they saved the historic stone from being chipped into oblivion!

Every story in Hugh’s Tall Tales is heightened with his illustrated characters’ clever quips. The stories are often funny — but the speech bubbles are often hilarious, with singularly Limerick slang words jumping off the page in what the reader imagines as a slagging Limerick accent.

Many of the stories will resonate with some of Limerick’s older citizens, and reintroduce them for many of the younger generation.

An ideal gift for local people abroad, the author loves to hear of people sending them in small packages to Australia, America and around the globe.

His last publication, about Limerick slang, made its way abroad, and went down a treat with locals at home as well.

“I think the fact that it’s all done by hand gives it a personal touch, and I didn’t want it to be done on the computer with graphic design,” said Hugh.

Injecting the old stories with modern, funny illustrations, makes the “folklore about Limerick more enjoyable” for those may not necessarily pick up a heavy history tome. 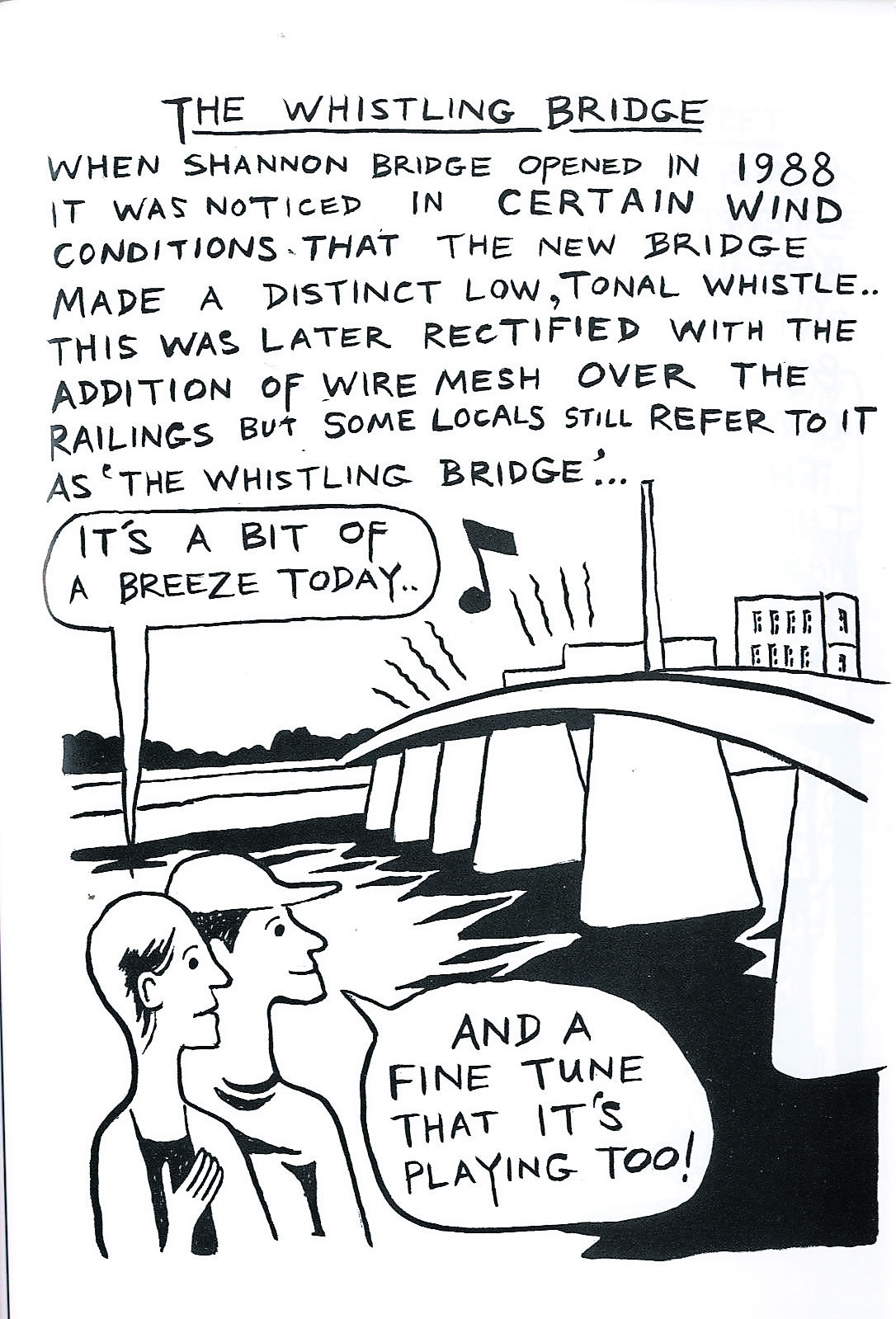 There are five chapters in the book, categorising the stories into the realms of history, places, religion, people and sport.

Mr McMahon studied painting at Limerick School of Art and Design, before embarking on teacher training and settling on art therapy. So, why history?

“My father would be very into the local history stuff, and there would have been a lot of books in the house. I kind of picked up the interest from there,” he explained.

The book is being launched this Saturday, November 4, at Shannon Rowing Club on Sarsfield Bridge from 8pm, and all are welcome.

It will retail for €10 in O’Mahony’s Bookshop, Crescent Bookshop, Copy That (Henry Street) and Wild Ireland (Nicholas Street).