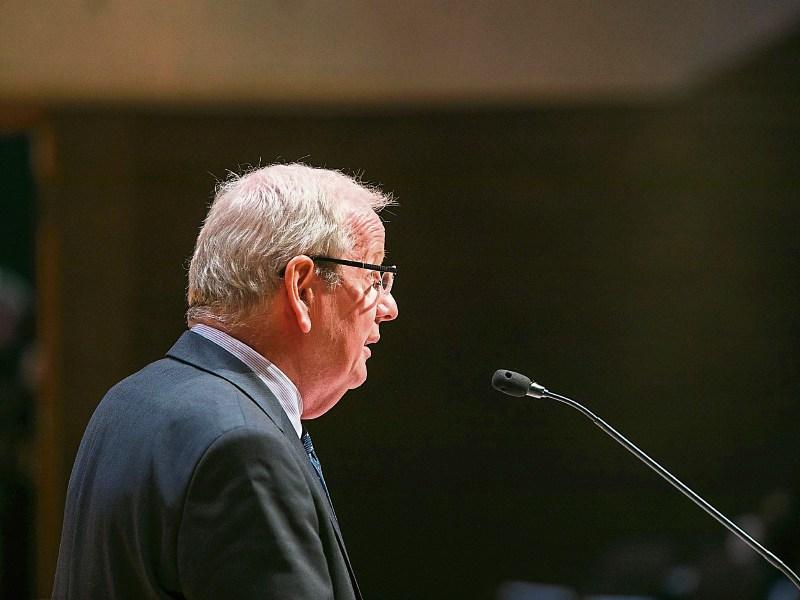 UL president Professor Des Fitzgerald: Acknowledged that the university “fell short” in how “treated some of its people in the past”

UNIVERSITY of Limerick president Professor Des Fitzgerald has acknowledged that the university “fell short” in how “treated some of its people in the past”.

The new president was responding to the publishing today of a report which saw its human resource (HR) practices strongly criticised.

The partly redacted report into controversies around finance, HR and governance – which were first revealed by the Limerick Leader – was released by the Higher Education Authority this Wednesday afternoon. It contains 36 findings and 10 recommendations.

In a statement responding to the review by Dr Richard Thorn of certain matters and allegations relating to University of Limerick, UL president Dr Des Fitzgerald and the university’s new senior management team said they would now consider and act on this report.

“It is an extensive report and we must now study it in detail and respond to the HEA as quickly and comprehensively as possible and certainly by November 24. Nevertheless, I do wish to immediately acknowledge the seriousness of the matters addressed within it,” said Prof Fitzgerald.

“Personally, despite the complex management and governance issues this report clearly highlights, what concerns me most of all is what it is says about how UL has treated some of its people in the past. Since I arrived at UL in May, I have emphasised our duty of care as an employer. This report casts light on occasions in the past where UL fell short of this standard.

“I hope that the concerns individuals have raised with the Minister, the Department of Education and Skills and the Higher Education Authority over many years have now been given a full hearing and we can resolve outstanding issues. I would add that I am heartened to see the report draw a line under a number of other issues that have been raised by both local and national media and subsequently scrutinised by the Public Accounts Committee.

“UL will act swiftly in response to this report. It puts forward a series of recommendations, many of which are currently being addressed following a review of governance initiated by the UL Governing Authority in June 2017 and the recent change in management structures.

“I am encouraged that issues that had remained unresolved for far too long have now been thoroughly examined by the Higher Education Authority and Department of Education and Skills. I hope the publication of this report further helps to bring a positive resolution to these matters,” he added.

UL will now respond in detail to the HEA, he added, noting that a series of substantial changes in both governance and management have taken place at UL over the past six months.

The report, which runs to 122 pages, is strongly critical of UL’s HR practices, in particular its use of disciplinary procedures leading to findings of gross misconduct against a number of staff members.

It states: “With almost 16,000 staff and students, it is inevitable that staff and student issues will arise. To address this complexity, the university should consider the management structures and systems adopted for implementation of HR policies and procedures, in addition to consideration of the management and implementation of specific policies and procedures as recommended in this and other reviews.”

The report also deals in considerable detail with the case of the two whistleblowers from the finance department who have been suspended with pay for more than two years. The UL president has already stated that he wishes to meet with these employees with a view to potentially reinstating them.

The two women were previously offered severance payments €60,000 each, conditional on agreeing to a confidentiality clause. They rejected the offer. Both employees were suspended and accused of making a malicious complaint against a colleague, an allegation they have strenuously denied.

Disciplinary proceedings taken against them were interrupted on the HEA's orders following the Leader's front-page report.

There is also criticism of the decision to sue the Limerick Leader and its then editor Alan English personally when the allegations were first brought into the public domain in September 2015. UL's High Court proceedings were dropped in 2016 following widespread criticism of its decision to sue.

The legal proceedings were “ill-conceived", the report finds, adding that the Limerick Leader was well within its rights to publish the initial story.

Also responding to the report today was education minister Richard Bruton, who said the review was "a positive step towards addressing the serious matters which have been raised in relation to the University of Limerick by a number of stakeholders.

"The Review makes a number of important recommendations that must be addressed by the University of Limerick in order to bring these serious issues to a conclusion. My Department and the HEA will continue to work with the University of Limerick to provide the appropriate support to allow the prompt implementation of the recommendations set out by Dr Thorn."

Minister Bruton noted that, following a number of protected disclosures and other complaints made against UL, the need for the review was supported by the new UL president.