Second pub in Limerick village to be brought back to life 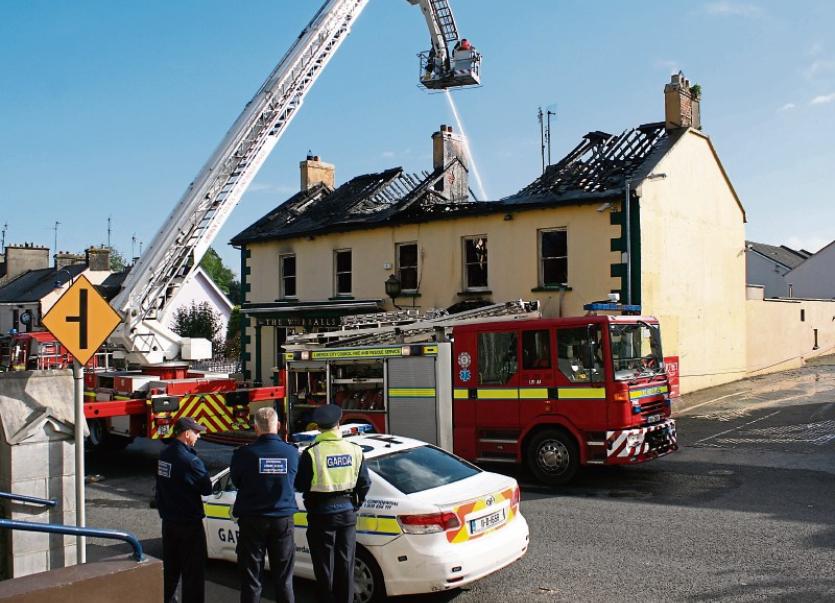 THE HISTORIC Worrall’s Inn in Castleconnell will be transformed into office suites and apartments if planning is granted by the council.

It is the second pub in the village to have a bright future after the ACM Community Centre purchased the Shannon Inn in recent weeks. Plans for both establishments don’t include pulling pints.

A heritage centre and hub for the community is destined for the bar ran by the legendary Paddy Hickey. Over the ACM’s successful Halloween weekend its first function was hosting a pumpkin carving and scarecrow competition.

While, RR Property Fund have lodged an application for proposed works at the Worrall's Inn to provide two self-contained office suites on the ground floor and two one bedroom apartments on the first floor. The pub is a protected structure. Included in the plans are for an extension at the rear to provide seven apartments on the ground and first floor.

The iconic building has been part of the village’s streetscape since the 1820s. The Worrall's Inn was a hotel during the high water days of the river Shannon when the fishing rod and salmon fisheries were big industries. It has lain idle for a number of years and was badly damaged in a fire in 2014.

It has been labelled an “eyesore” on Castleconnell’s Main Street and locals have long wanted to see it restored.

Senator Paul Gavan, who lives in the village, said this proposed development is “very good news for Castleconnell”.

“It is another sign of the resurgence of our village after a number of difficult years. The planned development of offices and apartments on the site of the Worrall's Inn will bring much needed accommodation, whilst bringing the original building back to life. In recent decades it was a public house and restaurant. It will be very welcome to see it back as a commercial premises, albeit as offices,” said Senator Gavan.

This is the latest of a number of positive developments for the village, he said.

“They include the housing co-operative development at the Castleview site, the recent purchase of the Shannon Inn by the ACM Centre, and the wonderful redevelopment of Bradshaw’s public house.

“It would be good if the construction phase of this development would include a local labour clause to ensure there is also an employment boost for people in the village and surrounding areas,” said Senator Gavan.

Local man, John Hardiman said he and others in the village lobbied for a considerable period of time for the Worrall's Inn not to be knocked down, and for its facade to be retained.

“It is great to see the original building put back into use,” said Mr Hardiman. However, he has a concern about the new seven apartments in the extension.

“That particular estate – Bruach na Sionna – is badly lacking in amenities as it is and to have seven more apartments can’t possibly improve the situation. There is no space for amenities. This isn’t a building on a half acre – the space isn’t there,” said Hardiman, who stressed his delight at the pub being rejuvenated.

Senator Kieran O’Donnell also welcomed the fact that the Worrall's Inn structure is being brought back into use.

“Obviously what you want is sustainable development in the village itself. The scale of the project being proposed in a very confined area, in addition to what’s being provided by the Worrall's Inn, these are obviously issues that will have to be taken into account by the planners, the people living in the village and how they view it,” said Cllr O’Donnell.

The village of Castleconnell and the whole parish is back “en vogue” said group property director of GVM Acutioneers, Tom Crosse, in September. GVM sold a three bedroom semi-detached housing estate in Castlerock housing estate for around €220,000. In late 2014 / early 2015 a neighbouring house was bought for €120,000.

The locality’s newest and most famous residents are CJ and Jean Marié Stander. “​We were looking to buy a house to make our own for quite some time. We had friends living in Castleconnell and loved the area,” said Jean Marié.