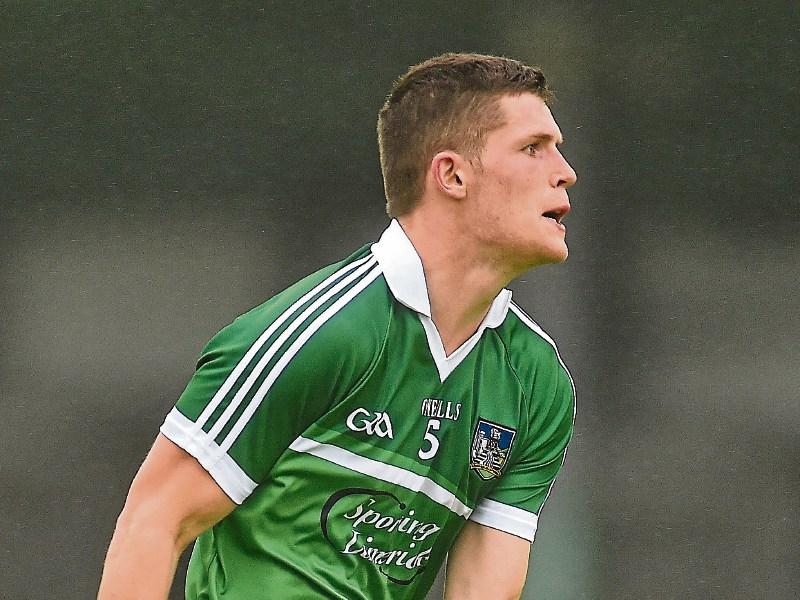 Private Iain Corbett is better known for his footballing exploits

NEWCASTLE West native Iain Corbett is a household name for fans of Limerick GAA, but now the county football captain will be spending six months in Lebanon for a very different type of mission.

A soldier based in Sarsfield Barracks, Private Corbett will miss plenty of GAA action in the next six months, but it’s all par for the course, he explained.

“It’s part of the job that you sign up for,” he said, admitting that it can be “a bit tough” at Christmas.

“But there’ll be 343 of us going over, so I’ll have plenty of friends. We’ll be together over there, so we’ll be alright,” he said.

Corbett won’t be alone as an inter-county footballer in Lebanon — and if he decides to pick up a hurley while he’s abroad, he’ll be in the good company of hurlers from all over, including Kilkenny.

“I play for Newcastle West and have played for Limerick for the last couple of years. Unfortunately we (Newcastle West) lost the county final, so it’s not an ideal preparation,” said Private Corbett.

The march through Limerick last Thursday was a proud moment for every soldier, but it was particularly special for those from the city and county who were marching on home soil.

“Limerick is leading the mission, so that’s why we had the march down here today. It was enjoyable, it was very nice to see all the schoolkids out, and all the families.

“It’s tough enough to keep a straight face, marching through all the kids, but it was enjoyable. They were all very excited to see the soldiers marching through the city, and there was a lot of support,” he added.

The footballer will return to Limerick next May – and Newcastle West fans will be hoping that he continues to hone his skills abroad during the soldiers’ down time.