Headway opens new space in the heart of Limerick city 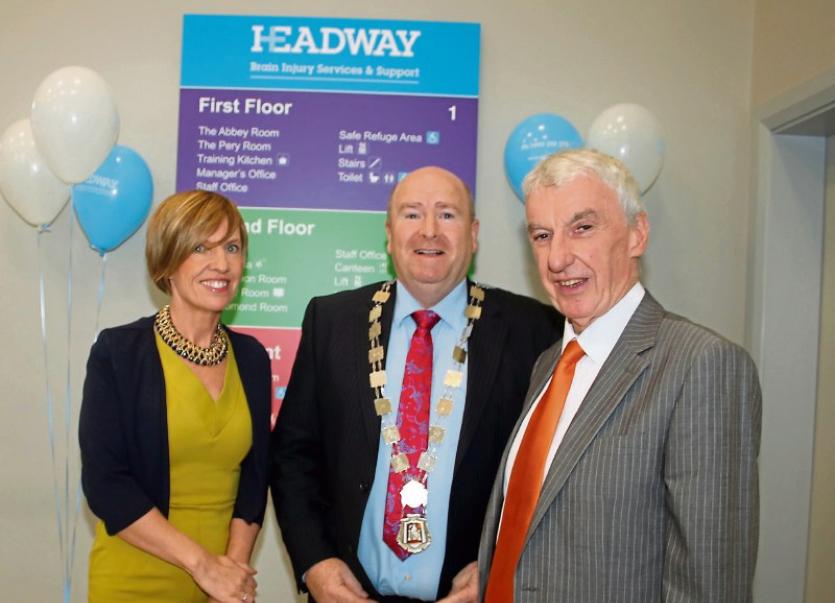 A FORMER Limerick city centre bank building has been transformed into a support centre for people with acquired brain injuries.

Thanks to money from the JP McManus pro-am golf tournament and private fundraising, the Headway charity was able to purchase the former AIB premises at Upper William Street, and convert it into a three-floor centre.

Louise Carey, who manages Headway in the Mid-West, said as a result of the opening of the new centre, the charity has been able to increase the number of clients it helps to 180 people. It has increased from just two rooms at its old facility at the Dock Road to seven now.

More people can also be seen at the same time too.

“It has opened up a new world for us,” Louise smiled, “Where we were in Steamboat Quay wasn’t the best location for us. The need for our services is increasing. We are constantly fundraising, and our funders have been very good to us.”

“They have embraced us, and we are delighted to be here,” she added, “We are so proud of what we have achieved today. It took a while to get here, but I think we have found a building right in the heart of the city where it’s so vibrant and we have so much support.”

Catherine Keane, who uses Headway, says the charity’s premises in William Street – open since April – has become “like a second home”.

“It is a fantastic place to be. We came here from an old facility, but this building has been laid out to suit everybody’s needs. It’s just amazing, and I cannot thank everyone enough,” she said.

Cllr Lynch addded: “It’s a landmark building, and it’s so good to see it being put to good use thanks to JP McManus and Limerick City Council. The staff here are amazing, and do a wonderful job. They provide education, support, and try to bring dignity, respect, integrity and responsibility to the lives of those affected by brain injury.”

Headway is always looking for donations so it can increase the services it provides in the city.