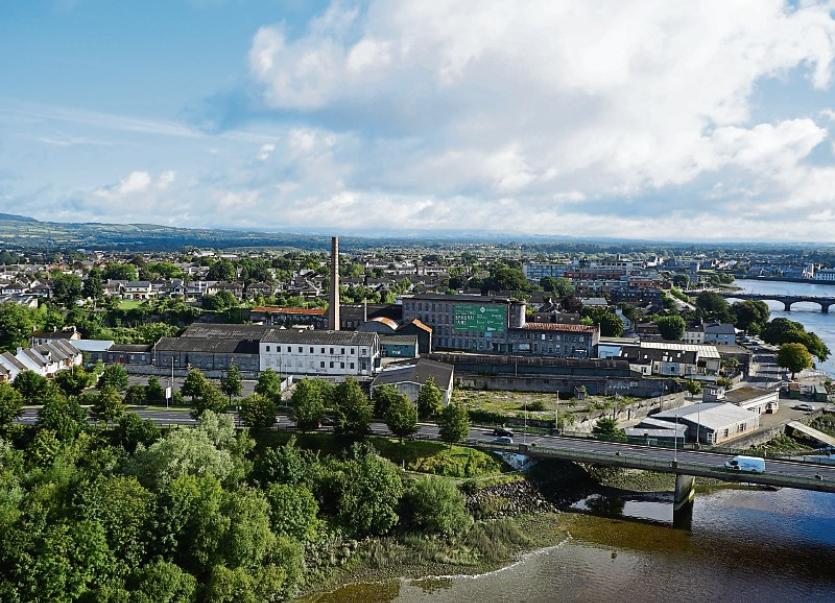 MULTI-MILLIONAIRE businessman Denis Brosnan has criticised the Ireland 2040 national framework plan for its lack of ambition and vision for Limerick.

Mr Brosnan, who is leading the Limerick 2030 plan, said the projected population growth for Limerick under the national plan is “very conservative, so conservative it’s off the wall.”

He pointed to the creation of 850 residential units in Mungret, the latest jobs announcement by Regeneron, and the results of a new survey, which highlights Limerick is one of Ireland’s top performers in terms of new business growth.

Limerick has seen a 43 per cent increase in job vacancies in the third quarter of the year when compared to the same period in 2016.

“All of Limerick is buzzing,” said Mr Brosnan, noting the redevelopment and re-opening of the five-star Adare Manor Hotel & Golf Resort this week, which he described as “very special.”

However, he said that more developers are needed to build their plans up from a blueprint.

“Our hope with 2030 is that while we’re spearheading it, we’re hoping to get a lot of other developers to come back in. Maybe they’ll start noticing Limerick soon. Dublin is getting too much of it all,” he told the Limerick Leader.

The former head of the Kerry Group, confirmed that an €85m loan from the European Investment Bank has been approved for the development of large-scale infrastructure plans in Limerick, across four strategic sites.

A further €85m is in the final stages of approval from the Council of Europe Bank, again anticipated to be on a low interest rate loan of approximately 1.2% over 25 years.

The sanction of €160m will, he said, allow for Limerick's sprawling Opera Centre site to be built, pending the approval of planning permission later this year.

“We’re delighted to have the hurdle to build out the Opera Centre and obviously the next hurdle is planning,” he said.

A portion of the funds will also be spent on the Gardens International site on Henry Street, where he said they now have four prospective tenants eyeing up the 112,000 sq. ft site, most likely for office accommodation, in line with the IDA’s requirements to attract international companies.

The construction of the site, valued at some €18m, is currently ongoing and is due to be completed in the second quarter of next year.

Overall, the sites have the capacity to create more than 5,000 jobs over the next five years in the biggest single Irish commercial property development programme undertaken outside Dublin.

The other sites include the 340,000sq ft Troy Studios Film Hub in Castletroy, where a sci-fi pilot is being filmed for producers Universal Cable Productions.

That company is in negotiations with Netflix to pick up the Game of Thrones creator's Nightflyers to series – which could result in a multi-million euro spin-off for Limerick if the deal is sealed.

Mr Brosnan said the last site to be developed will be the eight-acre Cleeves site.

Former Minister for Finance, deputy Michael Noonan, welcomed the confirmation had funding has been signed off by the European Investment Bank.

“It's going to be a major boost for Limerick city and its ambition to deliver on 2030. It puts Limerick in a very strong position to advance these plans,” deputy Noonan told the Limerick Leader.

The population of Dublin city and suburbs is set to increase by 364,000 by 2040, but the ambition for Limerick is only an increase of 52,000. “This is not balanced regional development; this is more of the same.”