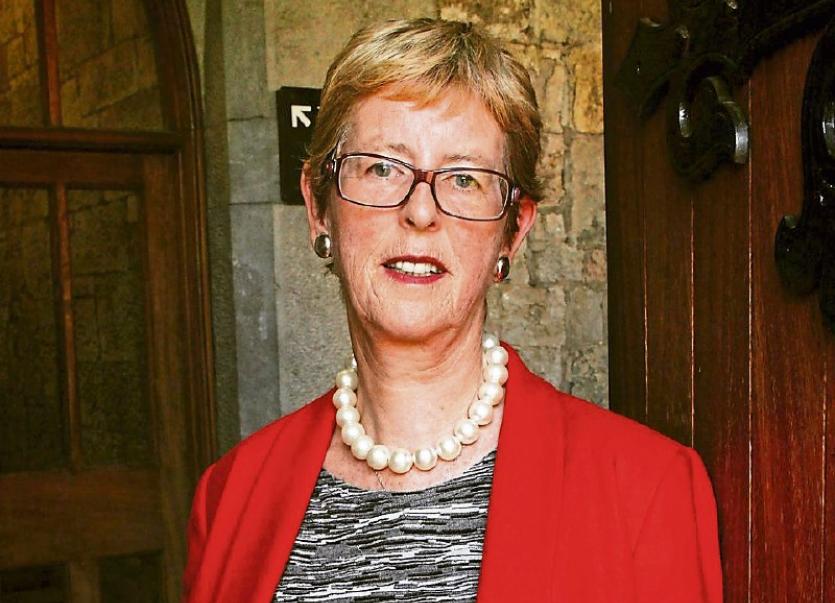 Emeritus Professor Pat O’Connor of the University of Limerick

AN EMERITUS Professor said forcing people to retire from the public sector at a set age is “discriminatory” and should be made optional as life expectancy increases.

Emeritus professor of sociology and social policy, Pat O’Connor, who retired from the University of Limerick in August 2016, said she did not want to retire and believes forcing people to retire at 65, or at 68 in the coming years, is “crazy”.

There have been numerous calls to abolish mandatory retirement age, including a recommendation from the Citizens’ Assembly earlier this year, with the Employment Equality (Abolition of Mandatory Retirement Age) Bill 2016 proceeding through the Dail.

Former Minister for Finance, Michael Noonan, said he supports the Bill in principle, but stressed that if public servants are allowed to retire later in life, it should not be made compulsory.

“Life expectancy is much longer now than it used to be, and people are quite active and well capable of working at a later age,” said the 74-year-old, who won’t be seeking re-election after the next general election.

“It should be optional, but it should be done when there’s virtually full employment, otherwise you might be blocking jobs for young people, but we’re probably going to be back in full employment next year so it’s a good time to be thinking about these things.”

Fianna Fail deputy Willie O’Dea said his party has also proposed a similar Bill, which bears little difference to the Sinn Fein proposal, but both remain “languishing, waiting to be taken up by Committee”.

The 65-year-old party stalwart said he has no immediate plans to retire, unless he faces “compulsory retirement” from political life and has had “plenty of offers” in the private sector.

“I wouldn’t stop working if I had to retire. I’d find something else to do. I don’t think I’d be able to sit at home reading books and watching TV. For a lot of people work is their identity. I think if people are able, willing and fit, and their employer wants them to stay on, nothing should impede that,” he told the Limerick Leader.

Deputy O’Dea said he recognises that there is “definite discrimination” in forcing people in the public sector to retire at 65, while politicians are allowed continue their work for the State indefinitely.

Relaxing the retirement age would also, he said, ease the pressure on the State pension system “enormously”.

Highlighting that she is unmarried and childless, Prof O’Connor said “for right or wrong, work has been the most important thing in my life” but believes that her circumstances are not unique.

“I am one of those people who has ended up with work being their life, and who suddenly finds that you’ve been redefined from being able and competent to being old and a burden, and your continued employment is simply a cost,” she said.

Prof O’Connor, who made a submission to the joint Oireachtas committee on compulsory retirement, said her “situation is unusual in that I haven’t got children, I haven’t got grandchildren, so really I have very little caring responsibilities.”

“For some people obviously, and particularly women, these consume their time. If I had 10 children and 50 grandchildren, I would be doing unpaid work in the home. But I don’t, so what is the social usefulness of me shining my brass up?

“For somebody who is energetic, enjoys work, wants to work and is perfectly competent to work, the situation is ridiculous. It is discrimination, just as we now understand the marriage bar to be discrimination on the grounds of gender.”

She argued that she could live to her 80s and have another 20 years’ of working ahead.

Similar to a person’s capacity to drive beyond a certain age, she feels medical tests could be implemented to determine a person’s ability to work past a certain point in their lives.

“Instead, the State is paying me a pension to really do nothing. I can't see the sense of it. It's based on the problematic idea that people are saving the country money if they retire, by giving a job to a young person. This assumes that every public sector person is simply a cost. On a particular day you’re competent to do the job and then basically the next day you’re not.”

“The State is not really saving - it's paying me a substantial amount of money to do nothing, or paying me to go and work in the private sector, which I'm not interested in.

She said skills and expertise are being lost unnecessarily across a number of public sectors, not just in education, but within An Garda Siochana.

Prof O’Connor, who spent 46 years in paid employment, said she does not “want to just draw my salary and sit on my bum” but instead still feel a valued member of society, who is making a difference.

“Some people want to retire at 40 and play golf and bridge. To me, I have always thought it has been a great privilege to work in higher education because it's a meaningful life.

“I know people who whom their golf handicap is far more important than their work, and are out four or five days a week playing golf. What is the social usefulness of that?

“I’m not interested in making money for other people, I'm not interested in being self-employed, it has been a privilege to work in the public sector and be involved in education. To me, work is the way we keep pace with the rhythm of life and feeling you're part of a society.

Now retired, she feels she is “no longer part of a discourse and can influence nothing.

“I’m on the edges now and don’t have a part in shaping a future in higher education, and that's not a comfortable place to be.

“It would be fine if I was in my 80s and wanted to put my feet up. I have always thought that if you wanted to change institutions, you had to be part of them.”