'Up Limerick!' Bono's message as Joshua Tree is re-imagined for children's charity 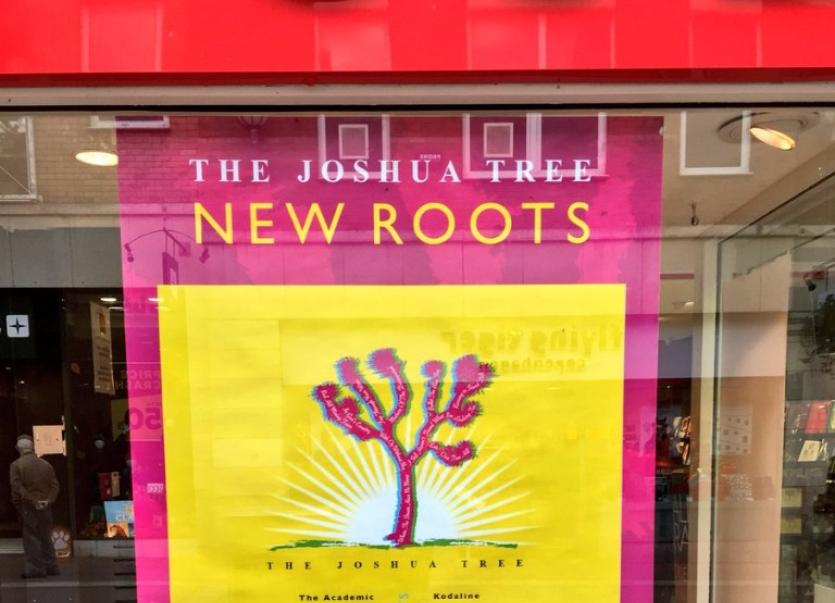 U2 frontman Bono has praised Limerick for its involvement in a new album that re-imagines the band's classic The Joshua Tree for charity.

The concept for the album was dreamed up by departing 2FM presenter Will Leahy and broadcast co-ordinator and head of social media for 2FM and RTE Gold JJ Hartigan - Limerick men both.

Will, who starts his new breakfast show on RTE Gold on Monday, came up with the idea for the charity album 12 months ago and it was launched on Thursday, with a release on Friday.

The Joshua Tree New Roots is a covers album featuring artists such as The Academic, The Coronas, Gavin James, The Strypes and All Tvvins and is a release in support of LauraLynn Children's Hospice.

Will said that U2 had waived their copyright for the album, as all of the participating artists did, meaning all of the funds raised will go to LauraLynn. U2 contributed a live song from the current Joshua Tree tour to the album.

Covering on 2FM from Limerick on Bank Holiday Monday, JJ played a song from the record and highlighted its release - and it happened that Bono was listening in.

Bono thanked JJ for playing the record and his support for the project - prompting the Limerick man to tweet: "I’m shaking. This just landed on my desk from BONO !!!! OH. MY. GOD!"

Bono said in a note: "Really moved by the station and your support of New Roots. Up Limerick!!"

I’m shaking. This just landed on my desk from BONO !!!! OH. MY. GOD! pic.twitter.com/JEUG8zhSer

Will said Bono's note to JJ, who is a resident DJ in House Limerick, was "an incredible thing".

The album is currently for sale in Golden Discs in Limerick.