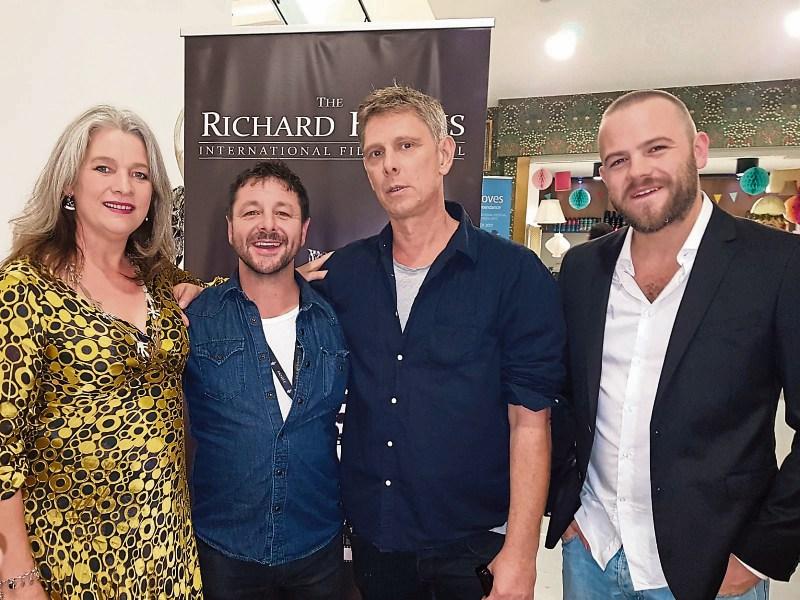 MORE than 110 independent movies were shown across the weekend as the Richard Harris Film Festival marked its fourth year in the city.

Set up in 2013 as part of the Gathering, Limerick’s main film festival has gone from strength to strength, with 13 films being shown in the first year to 116 now.

Launched in the Limerick Institute of Technology’s Millennium Theatre on Thursday evening, the festival attracted a number of stars and film personalities including Jamie Harris, who attended on behalf of his late father.

He was on hand to introduce the Richard Harris retrospective screening Cry the Beloved Country, shown at the Belltable on Sunday.

@RHarrisFilmFest what a fantastic time I had this weekend at the Richard Harris film festival in limerick. The whole experience was great

The festival also featured a live script read in the same venue, with Marina Donhonue’s ‘For the Love of the Child’ being shot as a feature film in the new year.

A live performance of Goldenhair, a film based on the life of James Joyce also took place.

Aoife Danagher, public relations assistant, said this year’s Harris festival was the most successful ever.

Metropolitan mayor Sean Lynch got it all under way in the Millennium Theatre on Thursday night.

Dressed in a golden bow-tie and tuxedo, he paid tribute to the world famous actor, who died in 2002: “He had that acting style that was fabulous to watch. When you meet a star, and they don’t disappoint you – that’s Richard Harris.”.

Great turn out for the Gala awards night @RHarrisFilmFest @litmillennium this evening.

Lot of glamour too on this cold #Limerick eve pic.twitter.com/WDm0lkO29C