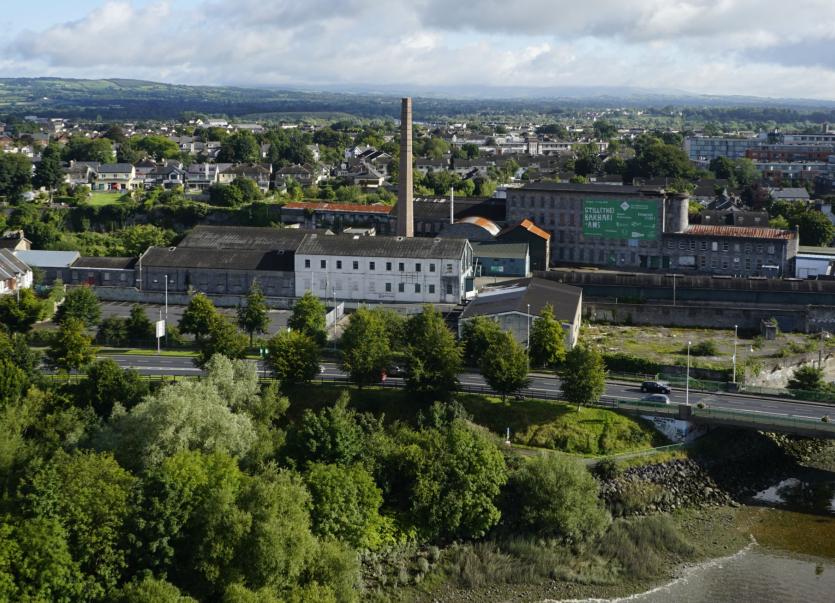 The former Cleeve's factory site is in line for major redevelopment

LIMERICK Twenty Thirty is seeking ideas which will form the basis of a masterplan for the multi-million euro redevelopment of the old Cleeve’s factory.

And it looks like residential units will be included at the vast site, with executive Kieran Reeves saying houses are “up there” in the company’s thinking.

The Limerick Twenty Thirty DAC is seeking a designer to come up with ideas for the future uses of the former toffee and condensed milk factory at O’Callaghan Strand.

Mr Reeves, who sits on the executive of the company, says this represents the “first step” towards developing a plan for the riverside site, described by Cllr James Collins as “iconic” and “unique”.

“It could probably contain a whole range of different uses, including residential. It could be offices, culture, tourism. This is the first stage of that – looking at what you can include there,” he said.

“As part of the tender, we have to put together a vision statement for what people would like to see going on the site to try and inform us as to what the site is capable of.”

Based on what the council receives, this will taken into account for the masterplan.

On other developments handled by Limerick 2030, there has been criticism at a lack of city centre living space, most notably Project Opera at Patrick Street.

But the Cleeve’s factory could address this, Mr Reeves said.

“That’s what this study is all about. Where can you put residential, how much can it take? What are the locations for it? This is trying to get the ideas and work them through so when we put a masterplan out, it’s good,” he told the Limerick Chronicle.

Cllr Collins, a board member of Limerick 2030 added: “This is an opportunity for Limerick to do something unique on what is quite a unique site. It’s one of the few riverside sites in the country that has not yet been developed.”

One of the ideas previously proposed for the site is a large-scale convention centre to allow Limerick the chance to compete for lucrative business tourism.

This proposal has widespread support, with Tony Brazil of Limerick Travel previously stating there is a “crying need” for such a facility.

Cleeve’s was initially owned by Canadian businessman Thomas Cleeve who came to Limerick aged 16 in 1860.