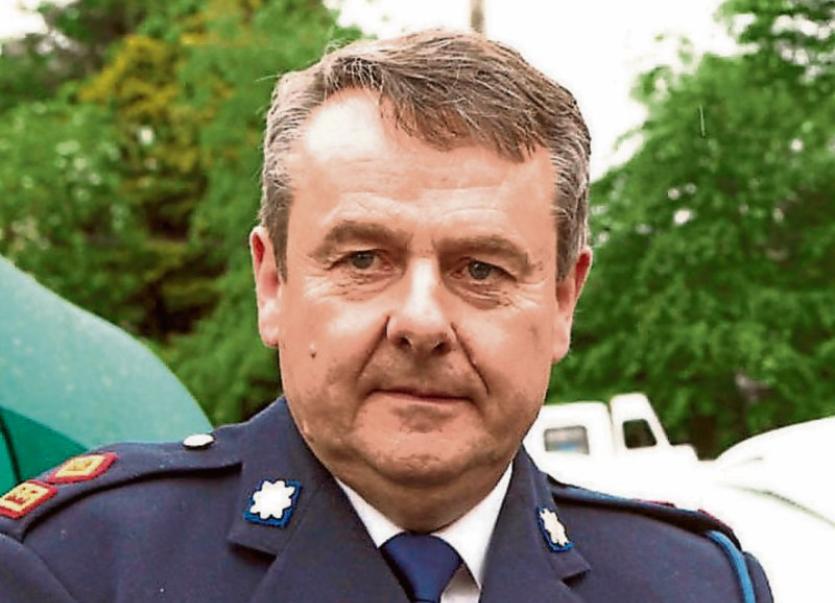 The Glin man, who hung up his superintendent’s hat on September 30, quoted from JB Keane’s Letters of a Love Hungry Farmer where the farmer signed off all his letters to would-be partners with the words “courtesy and civility assured at all times”.

“That has been my motto at all times,” Mr O’Connor said.

He had enjoyed his 40 years of service, he told a packed courtroom.

“I would hope I would have done some good for people,” he said, thanking his colleagues, Judge Mary Larkin and all the court staff as well as state solicitor Aidan Judge and all the law practitioners he had dealt with. “Thank you and God bless you all,” he finished up.

“I have always enjoyed a very good relationship with the superintendent,” Judge Mary Larkin said.

“I rather resent you for what is your “getting out of jail card”,” she added wishing Mr O’Connor years of happiness in his retirement.

One of his first appointments was to Monaghan, where he met his wife and where after a short time, he was promoted to detective and returned to Limerick where he spent most of the remainder of his career.

Tom rose from detective to detective inspector in Limerick, Mr Judge said and during that time, he dealt with all the serious crime that occurred during the ‘90s and early 2000s, a very difficult period in Limerick.

When promoted to Superintendent, he spent a short time in Roscommon where, Mr Judge said, “he learnt about the true essence of what true Gaelic football is about and became aware there is no crime in Roscommon”.

“After that sojourn, he came to us and we were delighted,” Mr Judge said.

“It is a measure of the man that even though he formally retired on September 30, he came back to say farewell. I wish Tom many long years of retirement. I know if he is half as industrious in his retirement as in his work, he will be busy.”