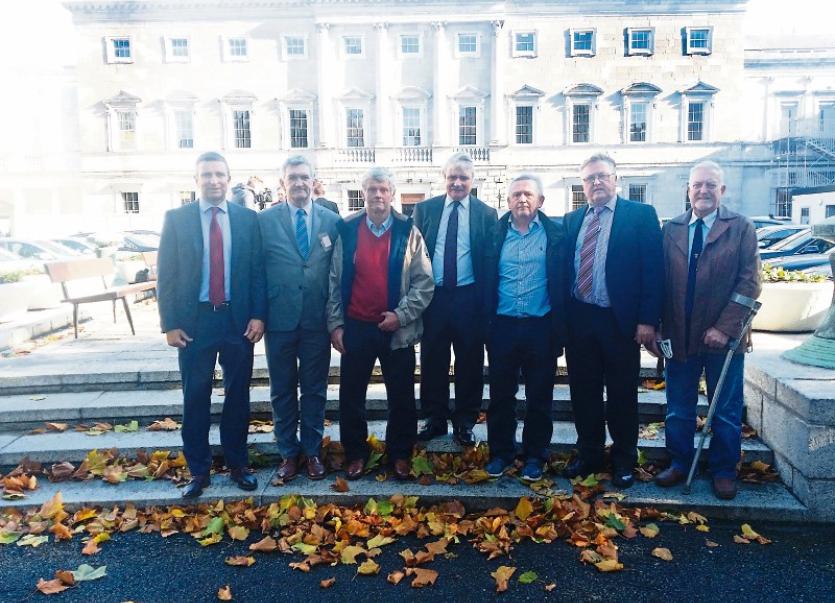 A PETITION of over 1,000 signatures to keep Old Pallas Post Office open was one of the messages delivered to An Post management in Dublin.

There was a huge response from locals at the end of September following a customer notice from An Post which read that they were “considering the future service provision needs at Old Pallas which could include the closure of the office”.

Up to 200 turned up for the Limerick Leader photograph on a midweek morning to show their displeasure. The issue has been raised by politicians in meetings from Kilmallock to Brussels. The post office has been in the O’Dwyer family for over 100 years and locals want to keep it that way.

“ I felt that An Post listened to the concerns being expressed by both the community members present and myself and my colleagues Deputy Willie O'Dea and Deputy Timmy Dooley.

“They accepted the argument that we were advancing that the Old Pallas area needs to maintain its service.

“Whilst we are still awaiting final confirmation they did indicate that no firm decision would be taken until such time as the national review of the network is completed along with negotiations with the Irish Postmasters Union. These negotiations are centred around a retirement package for Post Masters and will if agreed impact the future shape of the network,” said Deputy Collins.

“We were very hopeful after the meeting,” he said.

Mr Ryan continued: “We looked for an extension to the contract in Old Pallas. Our argument was that both post offices had a different role - both Old Pallas and New Pallas in our community. You need a busy shop like in Old Pallas or to be in a busy area like New Pallas, which is also a very busy sorting office.”

Mr Ryan wrote a final submission before the October 6 deadline.

“I got an answer back from An Post. I suppose due to the fact it was on behalf of the community. Their reply is interesting, the main reason for replying was I had talked about the ‘proposed closure’.

“The reply stated there was ‘no proposed closure’. Their point was that all it was was a consultation process,” said Mr Ryan, who added that An Post mentioned the campaign they had done in the media including the Limerick Leader. The delegation from Pallasgreen asked for a 12 month extension.

“They said they would go away and look at everything and they considered our meeting to be part of the consultation process. The position in the end was that we would know in two or three weeks what they intend to do with Old Pallas,” concluded Mr Ryan. There was no response to a media query from the Leader to An Post at the time of going to press.