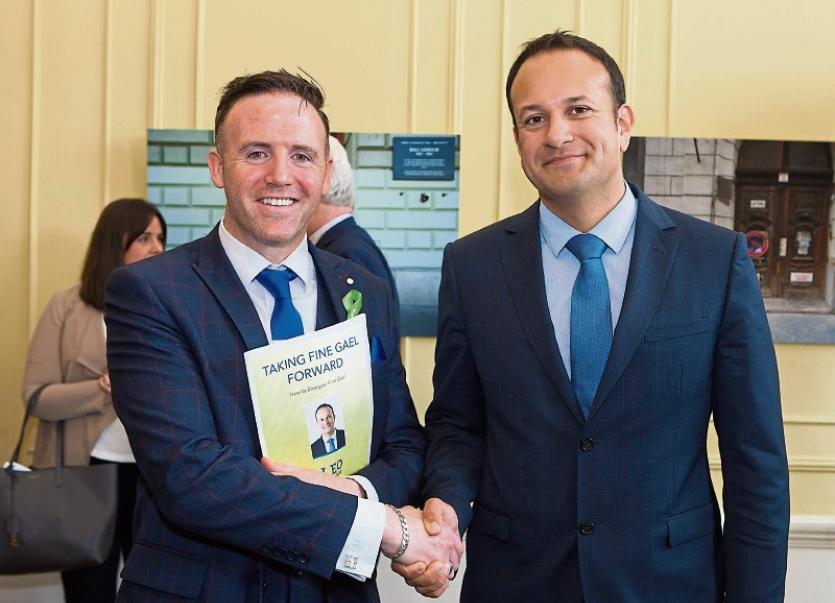 Tom Neville TD with Taoiseach Leo Varadkar, at his appointment as secretary of the parliamentary party

FINE Gael TD for County Limerick, Tom Neville, has said he is 'honoured' to have been appointed secretary of the Fine Gael Parliamentary Party.

It’s a major coup for the local TD, who entered the 32nd Dáil for the first time in 2016 after the retirement of his father – TD Dan Neville.

Taking up the role of secretary, Deputy Neville follows in the footsteps of Ministers Damien English, Helen McEntee and Minister for Finance, Pascal Donohoe, who all recently served in the position.

“I am delighted that my colleagues have shown this vote of confidence in me, and I look forward to discharging my duties to the very best of my ability,” he said.

Tom's father Dan previously served as chair of the Fine Gael Parliamentary Party during his long career in politics.

Tom Neville was co-opted to his father’s seat on Limerick County Council in 2003. He was county poll topper on his first attempt at contesting in the 2004 local election.

Having emigrated to Australia for four years to work after the economic crash, he didn’t contest the 2009 local elections, but successfully ran again in 2014.

He remained a member of Limerick City and County Council until his election to Dáil Éireann in 2016.

The TD, who is a trained actor, claims to focus on jobs, mental health and arts.