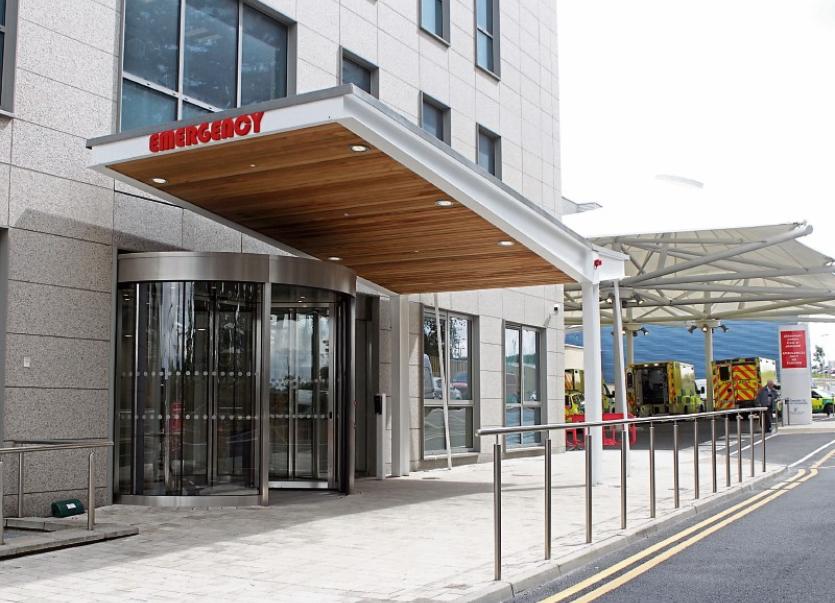 The new emergency department at the University Hospital Limerick

THE number of patients on trolleys at University Hospital Limerick has risen dramatically again this Monday and is approaching peak levels.

According to the Irish Nurses and Midwives Organisation, there are 61 patients being treated on emergency department trolleys and additional trolleys or beds in the wards at the Dooradoyle facility this Monday.

UHL broke the national record for overcrowding in September with 69 patients on trolleys at the hospital, which was first time since the state-of-the-art €25m emergency department opened on May 29 that UHL had surpassed the 60 mark.

On November 8, 2016, UHL broke the national record for that year with 66 patients on trolleys. It once again matched that record on January 4 of this year.

The rate of overcrowding at the Limerick hospital this Monday is significantly higher than any other hospital in the country, with Our Lady's Hospital, Navan, the closest with 33 on trolleys.

Top emergency medicine consultants at the hospital have argued that unless the hospital gets more beds in the wards, the overcrowding crisis in the Mid-West will persist.

The UL Hospitals Group has put in a bid to secure funding from the Department of Health for a new 96-bed acute ward block, which could help to alleviate UHL’s overcrowding crisis.

Twenty beds in St John’s Hospital are due to be re-opened in an attempt to help ease the levels of overcrowding across the health sector.