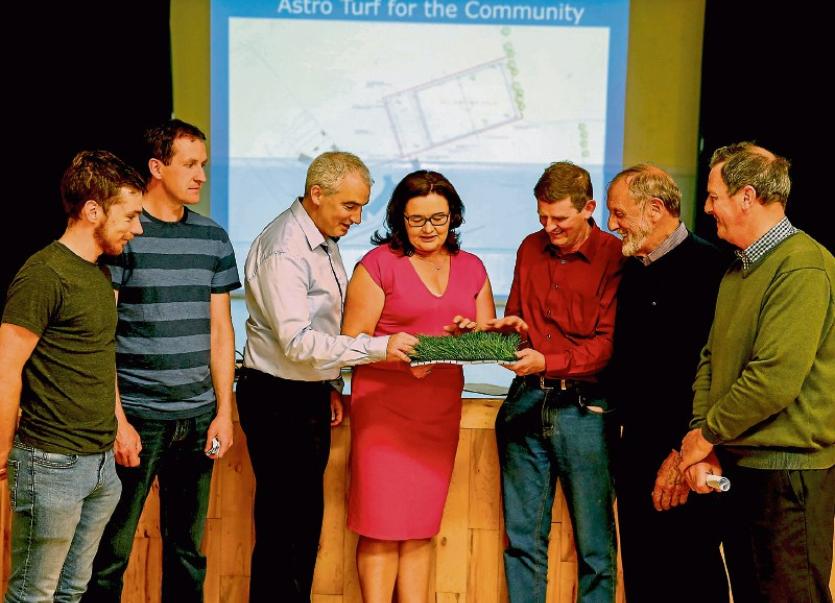 PARISH boundaries have been set aside as an ambitious plan to locate a new, astro-turf facility in Ardagh has ignited a wave of enthusiasm across communities in Ardagh, Carrigkerry, Kilcolman and Coolcappa.

Just recently, as part of the fund-raising drive for the project, nine men, led by Ivan Neary and dubbing themselves the Hairy Babies, ran one of the most unusual marathons ever, running a mile in each of the 26 GAA pitches in West Limerick.

The marathon began at about 5.30am in Coolcappa and ended there some 12 hours later. Then on Sunday, a group of about a dozen cyclists took on to cycle to each of the 26 pitches clocking up some 215km.

Meanwhile, with the Lip Sync Battle just weeks away on November 11, rehearsals are getting deadly serious. Last Thursday’s “training” session ran for almost five hours, explained David Woulfe, chairman of the  Ardagh District Recreational and Sporting Company which was set up to drive the astro-turf  project.

Among the groups are The Ardashians, The Trollettes, The Stunners, The Bellas and The Queens.

All of this activity, and more, has just one aim: to raise the €150,000 local contribution needed for a project estimated to cost €500,000. An application for funding has been lodged with West Limerick Resource. “We are waiting to hear,” Mr Woulfe said.

But the project has unleashed “absolutely huge” community spirit, he continued. It has brought together some 30 organisations from Ardagh, Carrigkerry, Coolcappa and Kilcolman  to form a new group and company, ADRSC with the aim of providing a multi-use recreational facility for people of all ages and abilities across the parish communities and the wider West Limerick area.

Having examined sites in all the parishes, the decision was made to locate the new facility close to the community field in Ardagh and close to Ardagh NS. The site was selected for its centrality to all the communities.

The agreed plan will include an astro-turf playing area, lighting, bike stands and car parking and will also include improved access and landscaping.

The idea is that the facility can be used for sport but also by older people and those with disabilities.