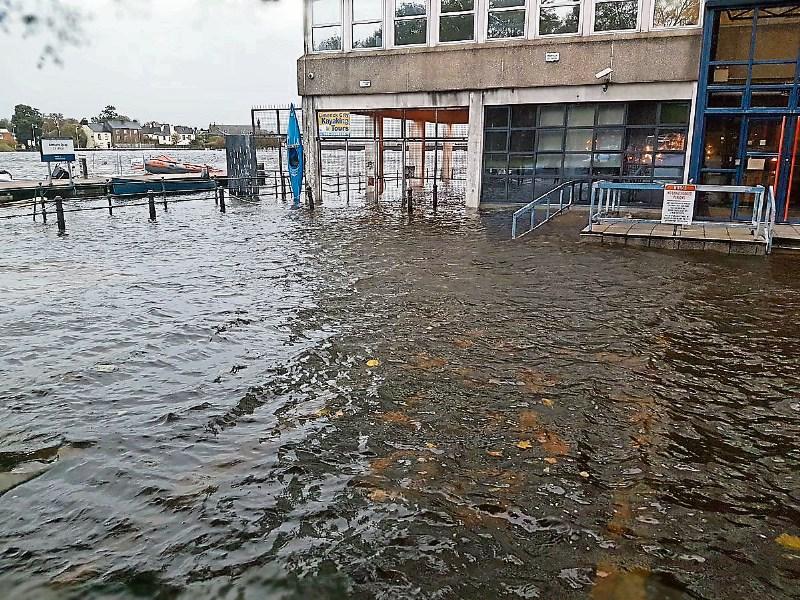 THE arrival of Storm Brian in Limerick this Saturday morning has caused flooding around parts of the city.

While the water levels have now largely subsided, Council and fire crews were earlier out battling the river waters – with the road at O’Callaghan Strand and the front of Sarsfield House flooded, plus Merchant's Quay plaza around the court house and the potato market, while there were reports of flooding on the Mill Road in Corbally.

It appears to have been only roads that were flooded and not houses, according to a council spokesperson.

High tide in the city was at 8.08am this Saturday morning.

Limerick City and County Council had crews working on site at Sarsfield House and had been actively monitoring the progress of the tide this Saturday.

It said at around 8.30am: “flood defences working along city quays in Limerick. High tide was 8.08. Very windy from SW. Stay safe.”

Ahead of the arrival of Storm Brian, more than 2,000 sandbags were distributed by the local authority on Friday afternoon as a precaution ahead of high tides at 8.08am and again at 7.50pm this Saturday. The storm is is following quickly in the wake of Monday’s ex-hurricane Ophelia, which caused damage around Limerick.

The local authority said all accommodation for those experiencing homelessness would also remain open for 24 hours on Saturday.

Chief Superintendent David Sheahan had urged the public to “be extra cautious and not to do anything that will put themselves or other people at risk”.

Worst flooding Limerick has seen since Storm Darwin in 2014. Thankfully, no reports yet of homes damaged, @Limerick_Leader #StormBrian pic.twitter.com/Igo7PWj6q1