'A real win': €20m investment at LIT for new science and IT building 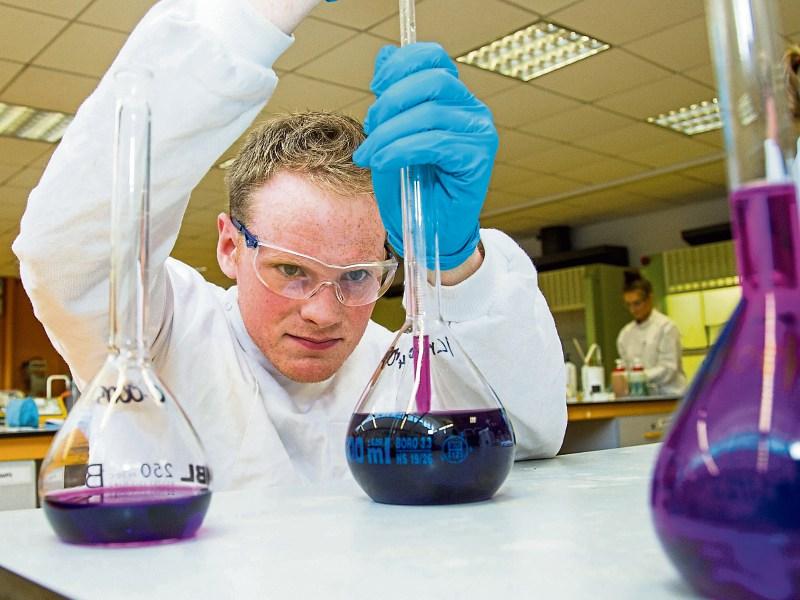 Science and IT facilities in LIT are in for a boost with the announcement of funding for a new building as part of the PPP programme Picture: Sean Curtin

LIMERICK Institute of Technology will see €20m invested in a new applied science and IT building, it has been announced.

The college has been included in the State's Higher Education public private partnership programme which LIT president Professor Vincent Cunnane said was a "real win for the Mid-West region".

The project will lead to a 5,000 square metre state of the art building with specialist facilities for 900 students in Science and Information Technology at LIT’s Moylish campus.

The single biggest investment ever made in the campus, it is anticipated that it will open in 2021 and is additional to the €14 million investment by the Department of Education in phase one of LIT’s new engineering-focussed campus at Coonagh, which is expected to take its first cohort of students during the 2018/19 academic year

Professor Vincent Cunnane said: “This decision is hugely positive for the Mid-West. It represents a major enhancement and expansion of LIT’s ability to deliver more highly skilled graduates in areas that are critical to sustain the continued economic expansion of the region into the future.

"Our programmes are designed and developed to meet the critical skills needs of industry and the economy. What this decision means is that we will be able to educate more people in exactly the areas employers are going to need in the coming years. It is a real win for the Mid-West.

"In addition, the facility will enable LIT to expand its range of training programmes for industry. This is critical in ensuring that industry in the region is constantly at the cutting edge.

"The impact we can achieve for Limerick and the Mid-West is very significant, and we will be working with the Department of Education, the Higher Education Authority and the NDFA to ensure the prompt delivery of the project.

“The students who will be educated in our new facilities, and the research that will be carried out there, will reap major dividends across the region. This investment in LIT’s physical capital will be central in underpinning the investment that the region has been able to attract, and will indeed lead to further investment and growth.

“This project is a key element in LIT’s Capital Development Master Plan. Its development will fundamentally change the face of Moylish, and mean that as we decant students and activity to our Coonagh campus, we are bringing a whole new set of standards to support excellent teaching, learning and research onto our main campus.

"This in turn will bring very real benefits to staff and students right across all of LIT’s campuses," he added.

“Having served on the governing body of LIT for close to 10 years, I am aware first hand of the standard of education being delivered by Limerick Institute of Technology.

“The announcement of funding towards this new science and technology building is very much to be welcomed.

“Limerick Institute of Technology is to the forefront in terms of collaboration between industry and education. I have been highlighting this connection for quite some time. Other ITs are following suit but Limerick has shown the leadership,” she said.

The announcement is part of 11 projects announced by the government which is expected to help drive regional development and meet many of the skills needs that have been identified by the National Skills Council and the nine Regional Skills Fora.

Speaking at the announcement Minister for Education and Skills, Richard Bruton said: “The delivery of these projects, together with the additional €257m over three years capital funding which we secured last week in the Budget mark a turning point for State investment in the higher education sector.”

Junior Minister Mary Mitchell O'Connor added: “Many of our institutes are working towards the attainment of Technological University status and the new infrastructure will support them in that aim.

“The move towards Technological Universities is a game changer for the sector.

“It’s a significant, welcome structural change. And is an example of the kind of vision and big thinking we need to progress our society.”