#OPHELIA: Limerick businesses set to bear the cost of storm 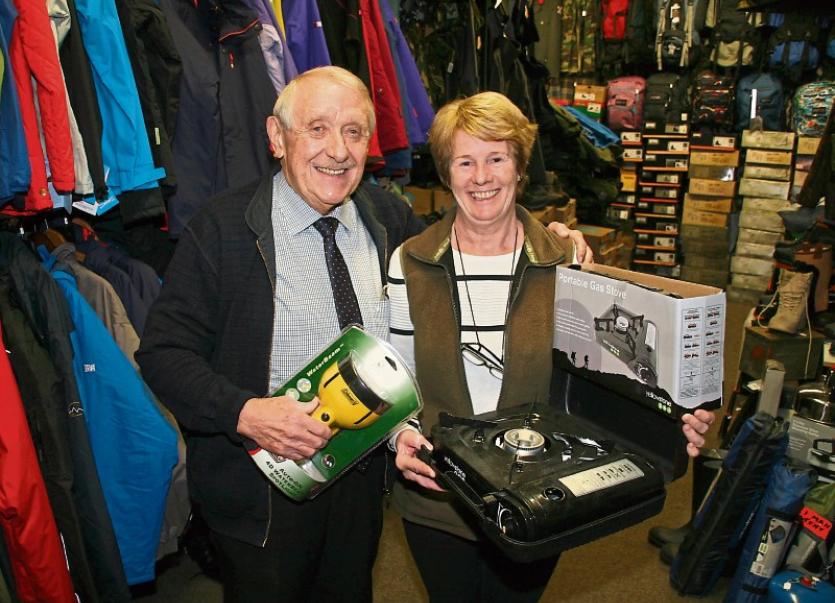 BUSINESSES across Limerick city have been left to bear the cost of Storm Ophelia which forced widespread closures on Monday.

While some larger retailers and businesses had flagged in advance they would not be opening, a small number of businesses did open as normal – only to close later in the day as the winds strengthened.

By midday on Monday, shopping centres such as the Crescent, Arthur’s Quay and The Parkway had all closed and much of the city centre was deserted with some of those who strayed outside commenting it was “quieter than Christmas Day”.

A notice in the window of Jack Fitzgerald Electical read: “We would like to apologise for this inconvenience however the safety of our staff and customers is paramount to us. With the oncoming high winds and potential dangers associated with this we cannot expose them to any unnecessary risk.”

Gordon Kearney, managing director of Rooney Auctioners which did open its offices at O’Connell Street, says businesses were faced with a difficult decision on Monday morning.

“It’s very difficult because every business is different and it’s a day’s work lost and people are going to have to catch up on that over the next few days,” he said.

“Thankfully businesses like ours – in the professional service industry – can adapt and you can spend an extra few hours catching up on things but for businesses like retailers there is a day’s business lost. They still have the same costs – insurance, rent, light – but no money coming in the door.

Liz O’Connor, who owns O’Connor’s restaurant at Thomas Street, says she decided to close by 11 O’clock on Monday due to the low level of footfall in the city centre.

“It’s very very difficult because business in the city is not good anyway so to have a day where you are going to take no income at all but have to pay your rates makes things very hard,” she said.

“I did a walk around the city centre and I saw what was happening and I saw most places and the banks were all closed so there was no point in staying open,” she added.

Aside from businesses, taxi drivers were left feeling the brunt of Storm Ophelia.

While Michael Meehan from Woodview started work at 9.30 on Monday, he decided to call it a day before midday.

“It’s been a very quiet day, it’s been very slow nobody is going out at all they are all listening to the warnings and staying indoors,” he said.

While most businesses have been left reeling by the arrival of Storm Ophelia,  the US Bargain Store at Lower Cecil Street had a busy Monday morning as people stocked up on gas stoves and torches.

“We had a few people in all right who were delighted that we were open, they were looking for cookers and gas,” said  John Conway who runs the store with his wife Ann.

”We usually hang some stuff outside (the front door) but we didn’t bother today and we just decided we would open the doors,” he added..