Limerick homes evacuated as controlled explosion is carried out on grenade 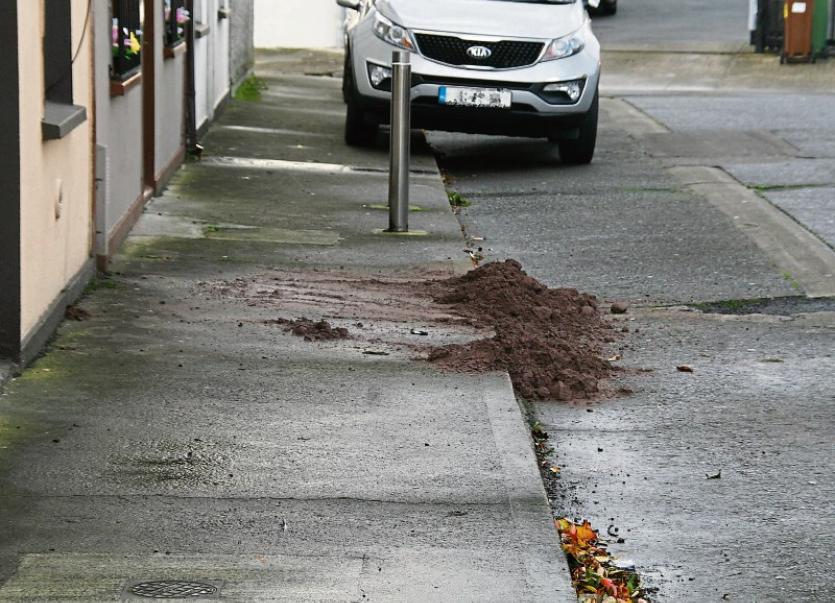 A controlled explosion was carried out on the device which was found at Cathedral Court | Picture: Adrian Butler

A NUMBER of homes in Limerick city were evacuated overnight following the discovery of a suspected grenade outside a house in the Pennywell area.

The alarm was raised shortly before 11pm after the device was discovered by a local resident on a footpath at Cathedral Court.

Gardai from Henry Street attended the scene and a number of houses were evacuated for several hours pending the arrival of an Army Bomb Disposal Team from Collins Barracks in Cork.

A spokesperson for the Defence Forces has confirmed a controlled explosion was carried out on the device – dating back to the 1970s –  which had failed to detonate.

The scene was declared safe at 3.18am and the remains of the device handed over to investigating gardai.

Earlier this morning, an Army Bomb Disposal Team conducted a controlled explosion on a grenade in the Pennywell Road area of Limerick city. pic.twitter.com/YurS8hkYuA

Nobody was injured as a result of the incident.

One line on enquiry being pursued by gardai is that the device was deliberately left in the area.

Residents in the area were reluctant to speak about the incident when asked for their reaction this Tuesday morning.