#OPHELIA: Schools across Limerick set to remain closed on Monday 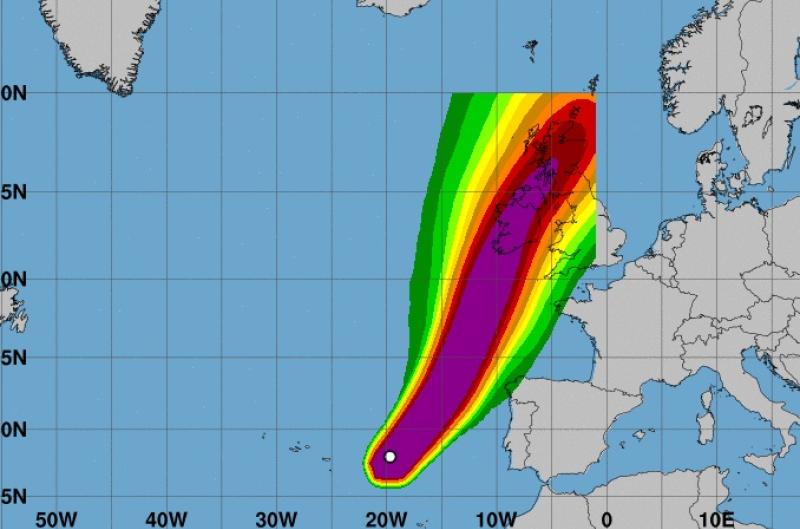 ALL school, creches and colleges across Limerick are set to remain closed this Monday after Met Éireann extended a Status Red weather alert to Limerick this lunchtime.

The alert, which takes effect from 9am on Monday, was put in place after a meeting of the Government's Task Force on Emergency Planning this Sunday morning.

Following the meeting, the Department of Education and Skills said it had informed all schools in areas affected by Met Éireann’s status red wind alert that they are to stay closed tomorrow.

In response to the imminent Storm Ophelia, the Department of Education and Skills publicly informed all schools, colleges and other education institutions that they are to remain closed tomorrow, Monday 16 October.

"This decision has been made following discussions with members of the Government Task Force on Emergency Planning and in light of the advice from Met Éireann on this unprecedented storm," read a statement.

Earlier, the University of Limerick, Limerick Institute of Technology and Mary Immaculate College all confirmed they wpi;d remain closed. while a scheduled appearance by celebrity chef, Catherine Fulvio at LIT’s Millennium Theatre has also been cancelled.

All on campus-residents at UL will be instructed to stay indoors for the duration of the storm and will be supported by security teams tomorrow.

Flood defences have been put in place on the banks of the River Shannon through the UL campus as a preventative measure.

**Weather Update**
Due to weather warnings and in the interest of health and safety, all LIT campuses will be closed tomorrow Mon. 16th. pic.twitter.com/yYQWcF6W25

Due to Code Red weather alert status for Cork, Kerry and Limerick, our school will be closed on Monday 16th October. https://t.co/irV3Y75Hs5

Due to Met Eireann's Red Weather Warning for Limerick, Ardscoil Mhuire will be closed tomorrow (16th). Reopening on the 17th as normal.

MIC, Limerick & Thurles will be closed tomorrow Mon 16 Oct due to #Ophelia in line with Red Alert status.#BeSafe

Due to a Status Red Warning for Limerick the school with be closed tomorrow Monday 16th of October.

@ArdscoilRisLimk will be closed tomorrow, Monday October 16th 2017, due to the severe weather warning #Ophelia

Due to Limerick becoming a red warning area for Storm Ophelia, School will be closed tomorrow for all students! pic.twitter.com/iVQ5LvnMcG