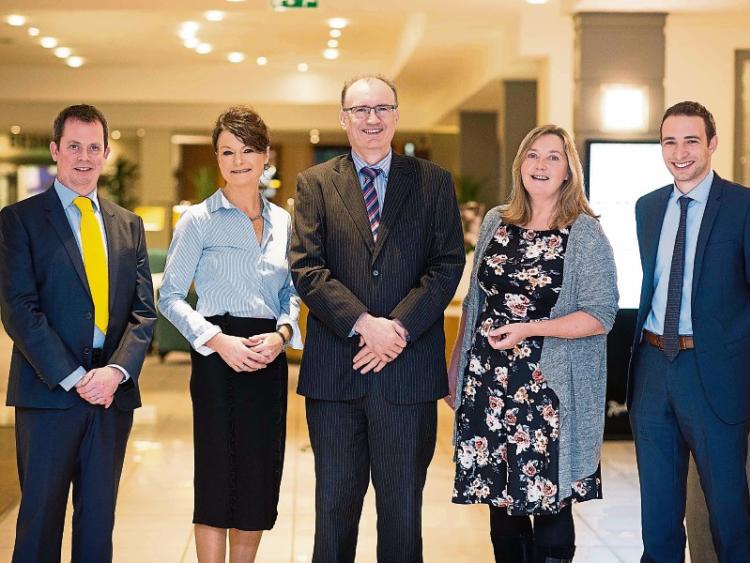 A LEADING local economist has expressed concern over the sharp increase in the commercial stamp duty will have on Limerick.

Billy McMahon, of Grant Thornton, was speaking at a special Budget Breakfast held at the Radisson Blu Hotel this Wednesday.

Among the measures Finance Minister Paschal Donohoe announced was a trebling of the stamp duty commercial developers will pay on properties – from 2% to 6%.

“The measure is forecast to bring in just shy of €400m. So it’s a very important component in financing the overall budget package. But is this a return to the bad old days, where we finance large expenditure programmes on the basis of one-off transactions,” Mr McMahon asked the room. He said he would fear its impact locally.

“The reason for the increase was essentially that the previous decrease worked, according to Mr Donohoe. Well it worked in Dublin which has performed well. I’m not so sure it has worked in Limerick, and that would be a concern,” he said.

Meanwhile, Kemmy Business School economist Sheila Killian, who addressed the event, organised with the Shannon Chamber, does not believe the much publicised sugar tax will work.

“With the sugar tax, you can eat as much sugar as you like, so long as it is not dissolved in a liquid. It’s not really going to stop kid shaving sugar. It’s convoluted,” she said.

Ms Killian added an opportunity has been missed to “do something imaginative” in the property sector.

“There are problems around homelessness and affordability. We have unaffordable homes and people are unable to get properties around the country. They needed to look towards balanced regional development and creating a counterpoint to Dublin,” she added.

Limerick Chamber chief executive Dr James Ring said the organisation is broadly happy with Budget 2018 – but he would have liked to have seen a fund set aside by government to provide financial support to airlines to sustain loss-making, but key routes from Shannon all year round.