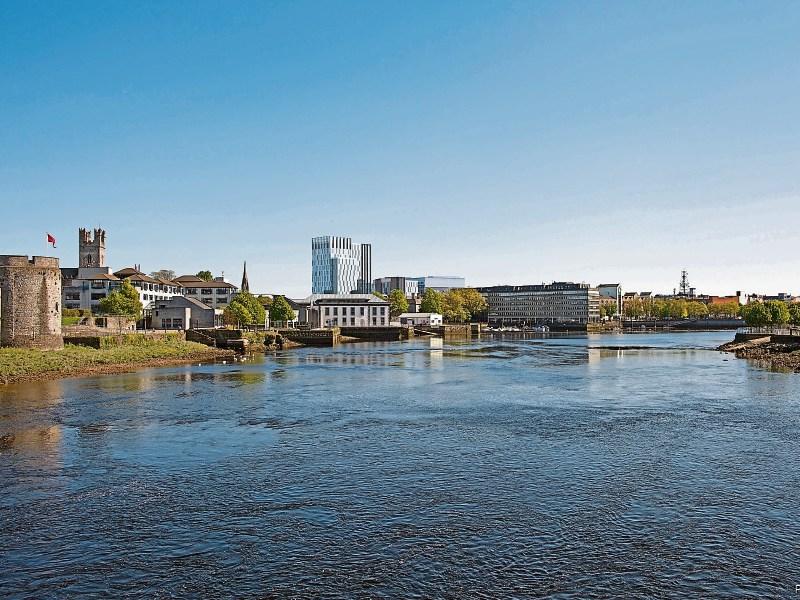 Criticism: John Moran is not happy with proposals for Project Opera in Limerick

MORE than 30 people have had their say on €115m plans to transform the Project Opera site in Limerick into office space on Patrick Street.

Politicians, business leaders and homeless charities have all lodged comprehensive observations to the planning application for the development, which is the flagship of the Limerick 2030 urban renewal project.

These include the former secretary general at the Department of Finance John Moran, who described the design of the proposals – which could bring 3,000 jobs – as “unimaginative”.

At present, the project will see vacant land at Patrick Street occupied by four skyscraper office blocks – but no living space. This comes in spite of early blueprint for the site which included plans for accommodation.

The Irish Georgian Society’s Limerick Chapter criticised the height of the tallest building, which will measure 14-storeys if the plans go through unchanged.

They called on Limerick 2030 to reconsider the application and put some residential units in there.

”Residential occupancy is an an all-time low in Newtown Pery. This is in the middle of a national housing crisis. Modern cities are plagued by large areas of commercial offices, ‘the business district’, which retain activity in the day but at night become unoccupied wastelands,” Ailish Drake, the chapter’s chairperson said.

The Labour party added: “This proposal fails to grasp this opportunity to provide badly needed residential accommodation and appears to contradict he aspirations stated by the council in its vision for our city.”

The objections come against the backdrop of Limerick councillors voting on the plans in the coming weeks. Unlike conventional planning applications, as this project is being part publicly-funded, it is within the gift of local representatives to approve or reject it.

In a comprehensive letter to Limerick 2030, Mr Moran wrote: “The video and artists impression circulated shows a choice of architecture which seems somewhat unimaginative, rather than embracing the bolder more modernistic designs which are appearing elsewhere.”

He said the Marker Hotel in Dublin as a building which “shows how just clever use of design can make a dramatic statement”.

In terms of the lack of residential development on site – something which has sparked huge concern in the city – Mr Moran wrote: “There are thousands of potential homes which could be developed within walking distance of the site. I do believe some of the Georgian space could be used for this purpose creating mixed income residential spaces within the purview of the site.”

The Mungret man also called for the designers of Project Opera could consider bringing in basketball and handball courts in the centre of the project.

“This is the kind of thinking required for this type of a development, and what is happening in other cities,” he added.

The Labour party added the multi-million euro proposals “go against all the generally regarded and now accepted tenets of good urban development and revert to those anti-social practices which wholesale urban practices comprised in the 1950s and 60s.”

In her submission, Prof Elizabeth Hatz, of the University of Limerick’s School of Architecture and Design, wrote: “It is not clear whether there has been any qualified or experienced architectural input into the proposed design. The planning drawings have been prepared by Aecon, principally an engineering consultancy.”

She added: “The proposed development would have a significant overbearing and negative impact in visual terms and in terms of proportionality on the neighbouring protected structures.”

Another University of Limerick academic, Dr Gabriela Avram urged Limerick 2030 to “reconsider” the plans and include apartments.

”Those companies who are supposed to rent he offices will have to hire people. These people won’t want to move to a ghost city where everybody disappears in the suburbs come 5pm. They want to live in a real city with proper facilities for them and their families,” she stated.

However, Tesco Ireland, the anchor tenant in the Arthur’s Quay Shopping Centre opposite, wrote in support of the development.

But the firm, through its consultants GVA, warned that materials must be chosen “to ensure the proposed public space will be easily maintained, will age well and will allow for universal accessibility.”

It called for “best practice urban design principles” to avoid issues with anti-social behaviour, and that the project’s public spaces are regularly maintained.

“Tesco Ireland welcomes the proposed development as the subject site has been underutilised for a number of years. The proposed design will regenerate the area and improve the attractiveness of the city centre,” its submission adds.