'A miracle': Limerick man's prayers are answered as he can walk unaided again 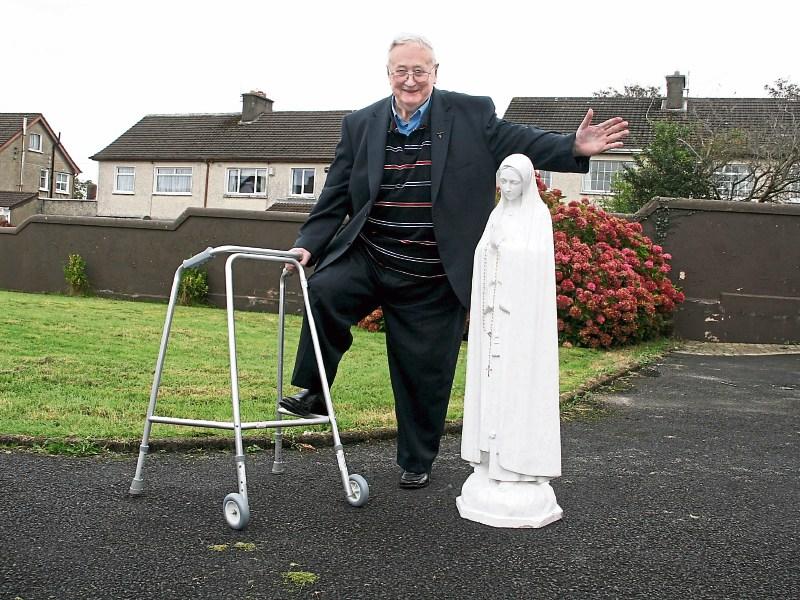 Des Fitzgerald believes he received a miracle cure after buying a statue of Our Lady Pictures: Adrian Butler

AN 82-year-old Limerick man believes he has received a “miracle” from Our Lady of Fatima after suddenly being able to walk unaided again for the first time in more than a decade.

Des Fitzgerald, of Greystones in Limerick city, recently purchased a statue of Our Lady, measuring 4’3 inches in height, which is currently being safely kept in his living room.

To mark the the centenary year of the first apparitions in Fatima, he sourced the blessed statue from a store in Limerick city for some €400 – but said he did not expect to receive a “miracle”, after his physical health dramatically improved within ten minutes of laying his hands on it.

After alternating between using a wheelchair and a walking aid for a decade following an accident, he said his prayers have now been answered – and his wheelchair has been left in the back seat of his car for nearly a week now.

“I asked a builder to keep an eye out for a statue of Our Lady for me, and he brought it to me last week and dropped it off in the porch. I asked him to give me a few minutes to say a Hail Mary, after I placed the rosary beads from Medugorje around her neck.

“I said the Hail Mary and placed my left hand on top of her head and asked her to look after me and give me my health back. I have had a wheelchair for 10 years and was only able to walk ten yards before having to sit down.

“I hadn’t the statue 10 minutes when I was able to walk fully. It was a miracle straight away. To prove it to myself, I walked out of the house, down to the gate and back up again. Before I was barely able to stand up for a minute on my own,” he told the Limerick Leader. 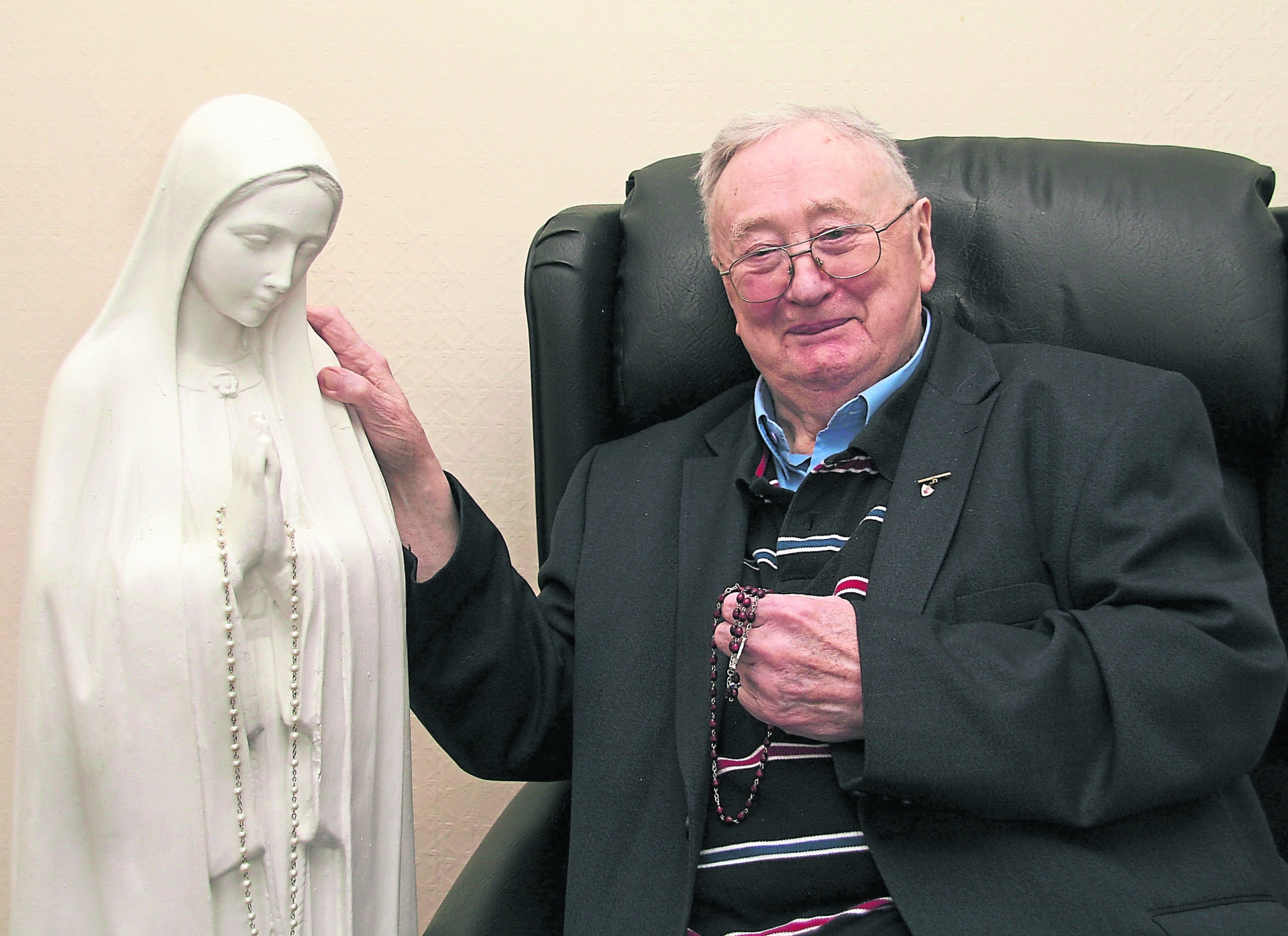 Mr Fitzgerald, who has been overcome with emotion given the change in his circumstances, said he is afraid to wake up each morning in case he suddenly finds that his mobility has been severely impaired again, as it was before he acquired the statue.

This Friday evening, Mr Fitzgerald, a widower and father of four, will unveil the statue in a purpose-built shrine at the rear of his garden, where he hopes others may too receive miracles.

“The excitement of the whole thing this past week has been absolutely unbelievable,” said the former butcher and bookmaker.

The shrine will be blessed by a number of priests, while a decade of the Rosary will also be said at the site, to which his many neighbours have been invited. There will be no charge to see the statue or stay a prayer at the shrine, he said. “No way,” he added.

In addition to the cost of the statue itself, he has spent a considerable sum on the construction of the shrine.

“It’s cost a few bob all right. I find that when you give to the Church, you get it back on the double. When I was a butcher I’d give a leg of lamb to the Franciscans to every third or fourth week of the month, and every time I’d give it I usually had a great weekend [in the store] that weekend, so I should have given more legs [of lamb].”

The statue in question was acquired by a shop in Limerick from a convent, but the store would not reveal to Mr Fitzgerald the name of the particular convent.

A number of priests, including Fr Joe Young, have indicated their availability to attend the ceremony on Friday evening, as well as the Dominican nuns.

Fr Young, formerly parish priest in Southill and the chaplain with the Brothers of Charity in Bawnmore, said while some people might be sceptical of the possibility of miracles occurring, he urged them to keep an open mind.

“I do believe that a childlike faith certainly to me has a greater openness to the possibility of miracles and cures taking place in people’s lives. I like to keep an open mind on everything, because when we close ourselves to the infinite possibilities that exist, we close down on a lot of areas of our lives that could do with rethinking. The unreflected life is a life not worth living,” said Fr Young.

Fr Tom Mangan, parish priest in Donaghmore and a friend of Mr Fitzgerald’s, who will also be attending, said “any area of devotion or faith which is of help to people is worthy and very encouraging.”

“We do hear that miracles do happen, and they happen in different forms and in different ways. I’m delighted for him, really, and he’s a lovely man. He’s a man of great faith, and prays for us all. He has a great devotion to Our Lady.”