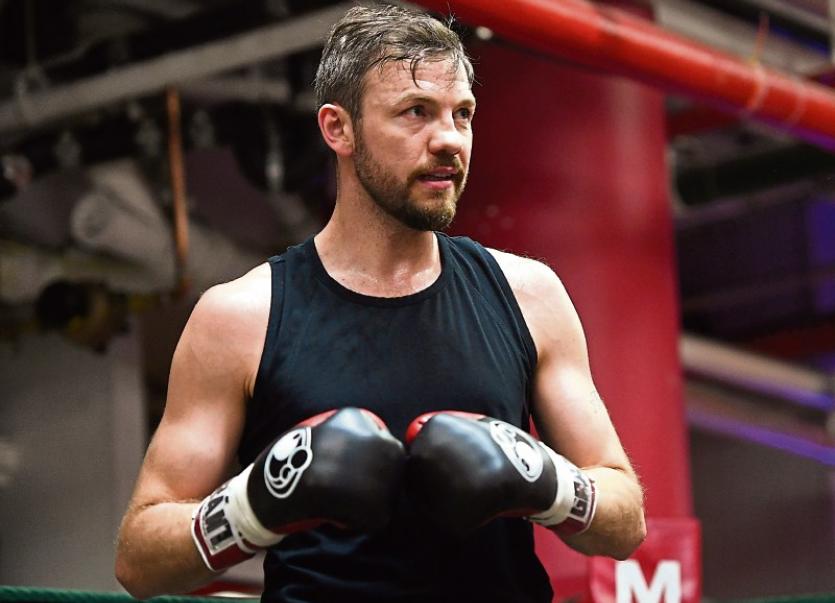 THE FATHER-IN-LAW of Andy Lee said he was “blessed” he had the Limerick boxer beside him when he had an epileptic seizure.

The former WBO middleweight world champion and actor Daniel Reardon were enjoying Ulysses in the Abbey Theatre when the frightening episode occurred.

Andy and Daniel spoke on Joe Duffy’s Liveline to thank medical personnel and staff in the theatre. The first to come to his aid was the Castleconnell man.

“I felt a violent shaking beside me. I just scooped him up in my arms and carried him straight down the stairs into the wings on the right of the stage. I was lucky I was sitting on the aisle. About four followed us, luckily enough two were doctors.

“It was a fit of some sort. He was shaking quite violently but he was breathing the whole time. I kept his airwaves open and tried to get his tongue out of his mouth. The doctors were excellent – between the three of us we talked to him, held his hand and waited for him to calm down.

"After a couple of minutes he was calm but still not responsive. Over time he began to relax more and became responsive. The ambulance crew were excellent,” said Andy, who is married to Daniel’s daughter Maud.

Thankfully Daniel is recovering in hospital and is undergoing tests as this was his first epileptic seizure.

“I just blacked out. I knew nothing about until I turned up in the Mater,” said Daniel. Joe Duffy said it wasn’t a bad accolade to be carried out by a world champion.

“I didn’t realise all this went on. I am more than flattered. I am quite moved by everybody and thanks so much to everyone. I was blessed Andy was there,” said Daniel. Andy said: “It was an unfortunate thing to happen. I was glad I could be there and help in any way I could.”

When the athlete started going out with Maud he became interested in the theatre and Daniel in turn got into boxing. There are a lot of corelations between boxing and theatre believes Andy.

“There is the performance aspect of boxing. You almost have to become somebody else when you enter the ring. We draw a lot of parallels,” said Andy. Daniel described Andy as a “brilliant boxer” and “balletic to watch”.

Now that the actor is on the mend he can’t wait to to go back to the Abbey to see the second half of Ulysses.

“It was absolutely brilliant – the puppetry, lighting, music, dance, movement was absolutely tremendous. I’m very sorry to have missed the second half and I’m looking forward to going back to see it,” said Daniel. The show must go on.