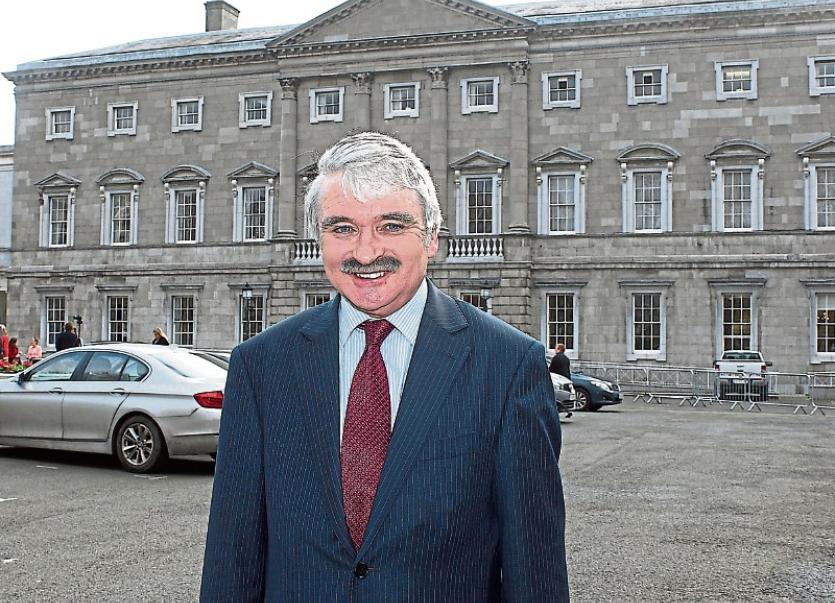 FIANNA Fail TD Willie O’Dea says Budget 2018 would have looked “very different” were it not for his party’s involvement.

Finance Minister Paschal Donohoe presented a €60bn package of measures to the Dail this Tuesday afternoon, with the headline measures including a €5 increase to weekly social welfare payments – including the state pension, plus cuts to the USC, and increased recruitment in the public sector, notably An Garda Siochana.

Mr O’Dea, whose Fianna Fail party is propping up the Fine Gael-led minority government, has described the budget as “progressive”.

“It would look very different if it was put together by a single party Fine Gael government, or even a Fine Gael-Labour government. Our input has made it fair, and means we have a progressive budget again, rather than the regressive budgets which preceded it,” he told the Limerick Leader.

Fianna Fail’s spokesman on social protection added while he welcomed the increases in social welfare, he criticised the fact these measures will not come in until the end of March.

“These should have come into effect as the same day as the tax changes, which is January 1,” he said.

However, Sinn Fein Senator Paul Gavan said Mr O’Dea’s comment about it being “progressive” is "quite frankly, bizarre”.

“Fianna Fail should be ashamed of themselves,” he said, “It’s a right-wing budget from a right-wing coalition. It’s a budget which fails to address the key crises facing us today. Health, housing and education have been sacrificed to tax cuts. Most people would prefer the €5 extra they will gain [in tax cuts] to be put into public services.”

“We have the biggest crisis in housing in the history of the state. We know in Limerick the hospital trolley crisis has continued to get worse. This government, along with Fianna Fail has decided they would rather throw people a few crumbs in tax cuts rather than deal with these crises.”

Ms O'Sullivan said she also found it surprising that the recommendations of a cross-party group on healthcare appears to not have been funded.

"The two issues of housing and health clearly have not got the investment they have needed," she said.

She said it will “help protect jobs and create further employment. “

“The 9% VAT rate, which was introduced by the Fine Gael led Government in 2011 was instrumental in the kick-starting of our economic recovery and the beginnings of job creation after a long period of lengthening dole queues during the recession,” Ms Byrne said.

“The special VAT rate has been responsible for the creation of many jobs right across the hospitality and tourism sectors. The 9% rate gave great confidence in respect of job creation to businesses in the tourism industry during the downturn for a while, as the economy began to turn around, these were the only sectors creating jobs.”

Senator Kieran O’Donnell hailed Mr Donohoe’s move to increase the levy due to developers who are hoarding vacant sites.

“The message is going out loud and clear to get the building programme going and start developing homes,” Mr O’Donnell said from Brussels, where he is representing the Oireachtas finance committee at the European Parliament Committee on Economic and Monetary Affairs.

“It is along the lines of what we expected. I welcome the fact the social welfare package has increased. I see the income tax changes as the start of a process. I welcome the measures on housing. The fact they are putting a fund in place which could bring in 6,000 new homes. The vacant levy will hopefully bring about developments in housing as well,” he added.

In a Tweet, Fianna Fail’s Niall Collins criticised the fact there was no mention of the “much needed” M20 Limerick to Cork motorway.

“Many projects were,” he stated.

Disappointed there was no mention of much needed M20 Limerick/Cork motorway in today's #Budget18 speech by Govt. Many other projects were.


- For more, stay with Limerick Leader