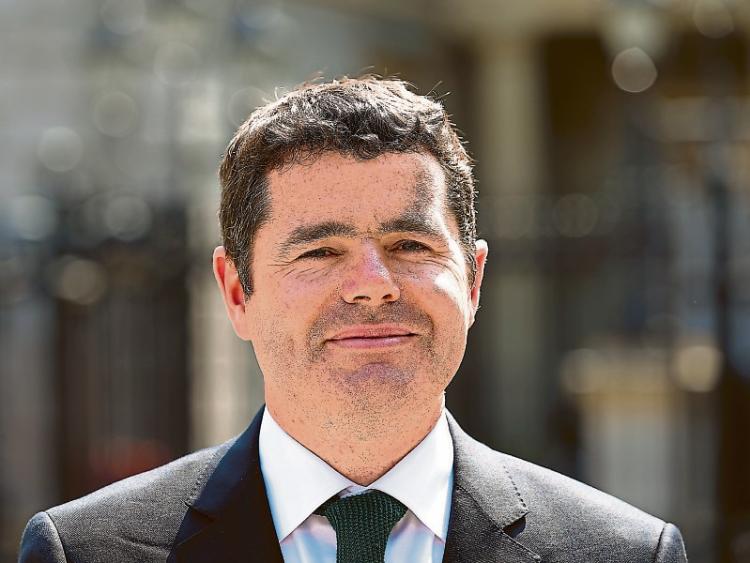 FURTHER cuts to the unpopular Universal Social Charge (USC), increases to various benefits and pension rises are all features of Budget 2018.

The first set of measures in six years not to be put together by Limerick TD Michael Noonan, Finance Minister Paschal Donohoe this Tuesday delivered the second budget of the 32nd Dail, with spend topping €60bn.

.@Paschald is on his feet announcing #Budget2018. Follow me & @Limerick_leader for updates on how it it will affect #Limerick pic.twitter.com/5GEIvjcV1N

There will be a 50c rise in the excise on a packet of cigarettes which will mean the price of 20 will top €12 for the first time.

This will come into effect at midnight, while Mr Donohoe announced a series of other tax increases – including notably a ‘sugar tax’.

This tax will be brought in at a rate of 30c a litre on drinks with over eight grammes of sugar per 100ml.

The idea has been floated in recent years by Junior Minister Patrick O’Donovan.

In order to combat cancer cases, the Finance Minister also announced a VAT rate rise of 13.5% on sunbeds up to 23%.

But the VAT rate on tourism enterprises remains fixed at 9%, something welcomed by Senator Maria Byrne, who said this will “help protect jobs and create further employment.”

All social welfare payments will rise by €5 a week from the last week of March. This year, social welfare recipients can look forward to a Christmas bonus of 85%, the Minister has announced.

There will be no increases in the duty on alcohol, petrol and diesel, although a carbon tax will be discussed next year. A Benefit in Kind scheme for electric vehicles will be brought in.

Ireland’s rate of Corporation Tax will remain fixed at 12.5%, with Mr Donohoe stating: “This remains a core part of our offering”.

Mr Donohoe pledged €1.83bn his being allocated to housing in 2018 – a move which will see 3,800 new social units to be developed by local authorities and approved housing bodies.

Spending on the Housing Assistance Payment is going up by €149m, while funding for homeless services rises €116m.

In addition to this, €75m will be provided to support local authority delivery of affordable houses, a move being made in an effort to tackle Ireland’s spiralling  housing crisis.

Mr Donohoe said potentially 5,000 new homes could be delivered under this investment by 2021.

He has also declared war on vacant site owners, with the levy on this doubling from 3% to 7% by 2020.

“The message to vacant site owners is clear – get on and develop these lands,” Mr Donohoe told the Dail.

In Education, €10bn is being spent on services, a move which is anticipated to bring the teacher-pupil ratio down to 26:1.

There’s going to be more investment in An Garda Siochana – 800 new officers will be taken on in 2018, with 500 civilians also recruited.

Mr Donohoe confirmed €20m extra to support a range of childcare measures. The Universal Childcare Payment for the under 3s will continue into next year.

Limerick specific measures will become clearer in the coming hours and days as each department publishes its estimates following Budget 2018.

Total of €1.83 billion for social housing in #budget18

15bn on health and 10bn on education.....record levels of spending

We are delighted to welcome the retention of the 9% vat rate in #Budget2018 https://t.co/8LzxiFNi6Y

Glad to see pensioners and carers payments up by €5 per week.

Local reaction to #Budget2018: #Limerick Senator @kodonnellLK: 'The message going out clearly is for developers to start building on sites'

Disappointed there was no mention of much needed M20 Limerick/Cork motorway in today's #Budget18 speech by Govt. Many other projects were.