Community 'petrified somebody is going to get killed' – Limerick councillor 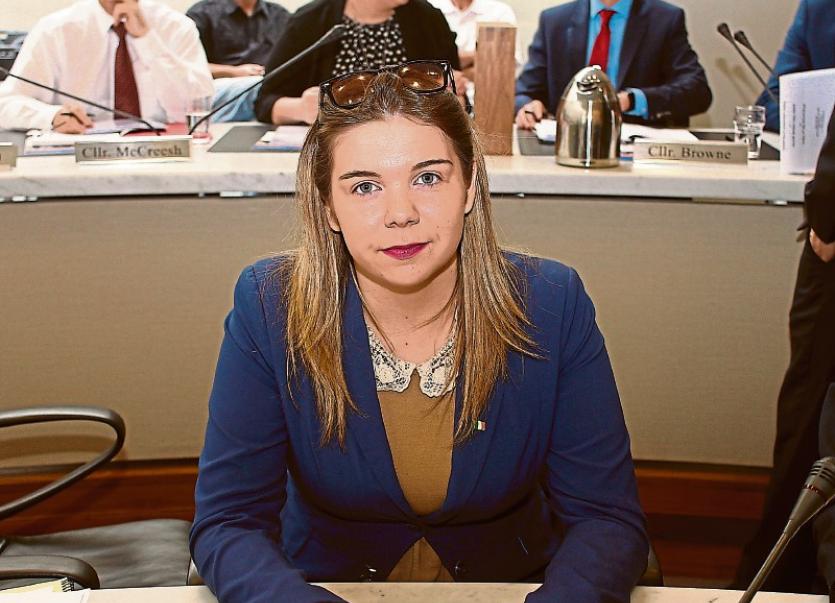 The community Ardpatrick is “petrified somebody is going to get killed”, says Cllr Lisa Marie Sheehy

THE COMMUNITY of Ardpatrick in County Limerick is “petrified somebody is going to get killed”, says Cllr Lisa Marie Sheehy.

She was speaking at a meeting of the Cappamore-Kilmallock municipal district where she tabled a motion to build a footpath to “join the village of Ardpatrick to the local national school”.

“A number of Ardpatrick residents and members of the local community have raised the dangers with me.

“They want to see the school linked to the village.

“The safety of children is most important. The speed through the village is crazy. People are constantly saying it,” said Cllr Sheehy.

The independent councillor said people get used to the speed “feedback signs”.

“They slow down for the first few weeks,” said Cllr Sheehy, who asked if it was legal to put down ramps on a main road in County Limerick.

Cllr Sheehy called for the speed limit to be reduced from 60kmph to 50kmph as well as the construction of the footpath linking the village and school.

“Time is of the essence. People are petrified somebody is going to get killed,” said Cllr Sheehy.

Her motion was seconded by Cllr Mike Donegan.

“The community has extensive plans to combat speeding including a one way system, speed limit review. There is no place for the speed van to be located. Hopefully we can get the gardai out,” said Cllr Donegan, who referenced Banogue as “it is always on your mind that the speed van is going to be there”.

Cllr Donegan said he doesn’t think Limerick City and County Council has a policy on speed ramps on main roads. He referenced Buttevant in County Cork which has ramps.

Cllr Sheehy said: “The only thing to slow down drivers are ramps. The speed some drive through Ardpatrick is crazy. These are the dangerous drivers we want to stop.”

Cllr Bill O’Donnell said traffic islands that narrow the road, like in Boher, slow down traffic.

Barry Murphy, senior executive engineer, said it would be a long section of footpath. He told councillors he would ask one of his fellow engineers to draw up a “cost proposal”.