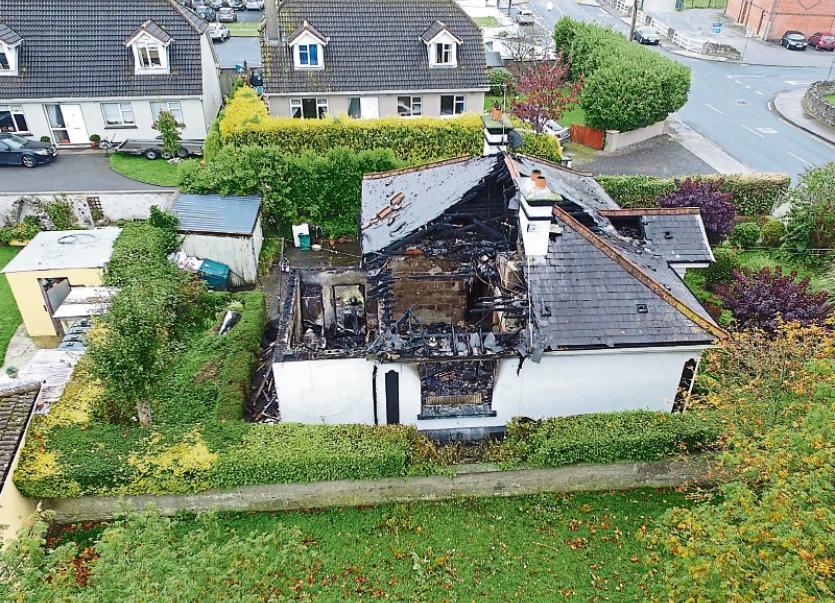 An aerial photograph of the house shows the extent of the damage caused by the fire | Picture: Press 22

THE full extent of the damage caused to a County Limerick house after a fire last night can be seen in new aerial photographs taken this Monday morning.

The fire broke out at the property on High Street, Croom, at around 11pm on Sunday night. The sole resident of the house, Nora Teresa Fennessy, escaped injury when a neighbour helped her from the burning building.

Gardaí and five units of Limerick Fire and Rescue Service from Rathkeale and Newcastle West arrived at the scene at 11.40pm.

The last unit didn’t leave the scene until shortly before 4am this Monday morning.

The alarm was raised at around 11pm after neighbours of the pensioner heard a number of loud bangs and saw flames coming from the woman’s home.

Prior to the arrival of the emergency services, flames as high as 30 feet could be seen coming from the bungalow, which is located near Coláiste Chiaráin.

Large crowds gathered on the street for several hours to watch as firefighters tackled the fire in the residential area. Many onlookers were out in their pyjamas, while others were returning from the local pub when they stopped to witness the dramatic event unfolding.

The aerial photograph from this morning shows the full extent of the damage to the house, which has been devastated in the fire. 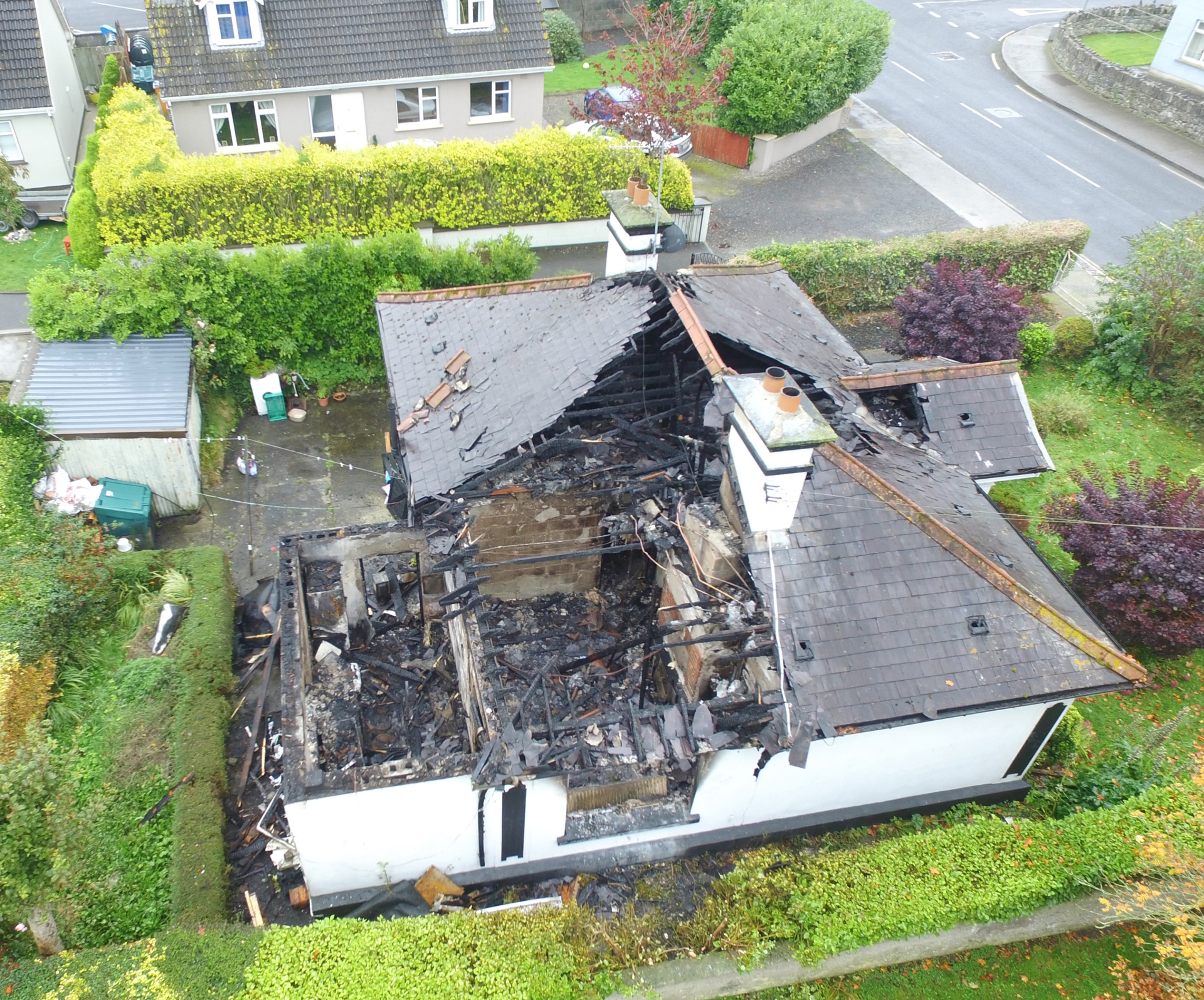 The house may need to be demolished following the fire, which has caused extensive structural damage. It is believed that the fire originated in the hot press in the house.

While Mrs Fennessy, aged in her 70s, was assessed by paramedics from the National Ambulance Service who also attended the scene, she did not require treatment in hospital.

This is the second fire in Croom in the last week. A derelict house in Ploughlands, Croom, also went up in flames last Thursday night.

The scene of the fire has been preserved pending a technical examination today.

However, foul play is not suspected.