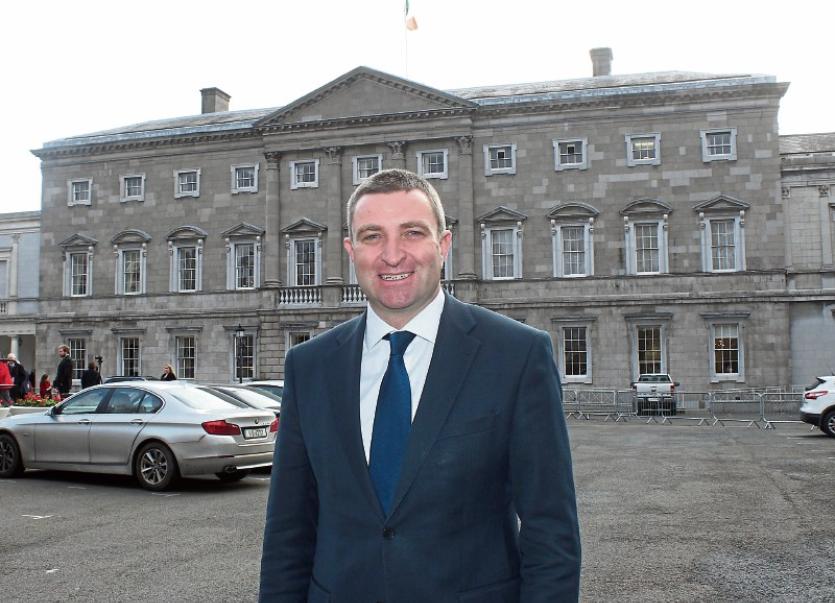 THE WHOLE of the Limerick garda division receiving five gardai out of 181 that passed out last month has been labelled as “derisory” by Deputy Niall Collins.

The TD tabled a Dail question to the Minister for Justice Charlie Flanagan asking how many of the 181 men and women coming out of Templemore in September will be allocated to Limerick.

“Five is a derisory allocation. Every community meeting I attend, the need for more gardai on the ground is raised. Members of An Garda Siochana are also saying to me that we need more gardai,” said Deputy Collins, who pointed to comments made by Bruff superintendent, William Duane and former Newcastle West superintendent, Tom O’Connor in July.

Supt O'Connor said: “I am shouting for manpower.” Supt Duane remarked he “could do with another 40” after Cllr Noel Gleeson raised the lack of gardai “in a district the size of County Louth”.

Following Deputy Collins’ question, the Minister for Justice also revealed that of the 1,400 new gardai that have come out of Templemore since it reopened in September 2014, Limerick has got 39.

“That is 2% of all new recruits we have got in Limerick. We are being ignored. Garda stations right across Limerick have been closed. Response times to incidents in places like Kilfinane and Rathkeale have been far from adequate.

“It has been one let down after another and Limerick just isn’t receiving its fair share of allocation of new recruits,” said Deputy Collins.

“When you contrast this to the stroke which Shane Ross pulled in having a garda station in his own constituency reopened – people are fast becoming very cynical,” he added.

Deputy Collins attended a community meeting in Rathkeale on Monday where the need for more gardai was raised.

“One of the biggest policing challenges faced in Limerick annually is policing Rathkeale at Christmas due to the large influx of members of the Travelling community. There is a dedicated policing plan but they become completely overwhelmed. We need more gardai urgently for that time of the year,” said Deputy Collins.

In Minister Flanagan’s reply he said: “It is the garda commissioner who is responsible for the distribution of resources, including personnel, among the various garda divisions and I, as minister, have no direct role in the matter. Garda management keeps this distribution of resources under continual review in the context of crime trends and policing priorities so as to ensure that the optimum use is made of these resources.”

He added that the moratorium on recruitment introduced in 2010 resulted in a significant reduction in the strength of An Garda Síochána.

“We are now rebuilding the organisation and providing the commissioner with the resources needed to deploy increasing numbers of gardaí across every garda division, including the Limerick division in the coming years,” said Minister Flanagan.

He said he was informed by the commissioner that the garda strength of the Limerick division, on July 31, the latest date for which figures are readily available, was 552.