'I'd quit Sinn Fein if there was bullying in party', says Gerry Adams on Limerick visit 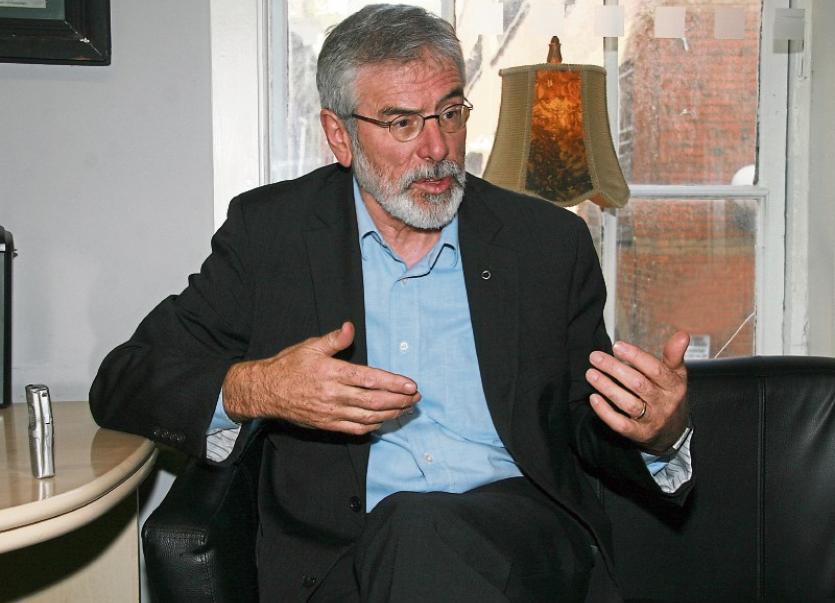 SINN Fein president Gerry Adams says if he found a culture of bullying in his party, he would leave the set-up.

Speaking to the Limerick Leader on a visit to the city, Mr Adams turned fire on local councillor Lisa-Marie Sheehy, who left Sinn Fein last month over allegations of bullying, saying she had “offended a lot of people” locally by her comments.

“There is no culture of bullying in Sinn Fein. We have a zero tolerance attitude to bullying. Our due process reflects best international practice legally,” he said.

Cllr Sheehy, who is now an Independent member in Cappamore-Kilmallock left Sinn Fein after claiming there was a “hostile and toxic” atmosphere in the republican party, and that she had been undermined.

However,the veteran party leader added: “It’s a very serious allegation to make about people you’re in a struggle with. I regret that she left, but I’m disappointed she made the remarks she did. We continue to make Sinn Fein a comfortable place for activists. I firmly believe our ethos is a volunteer ethos and people need to treat each other with respect.

"If you’re committed to a certain political objective, you need to respect all the other comrades.”

When it was put to him that up to 40 disaffected former Sinn Fein members had met in Waterford, Mr Adams added: “Let them put a case up, and if there is a case to answer, we will answer it.” 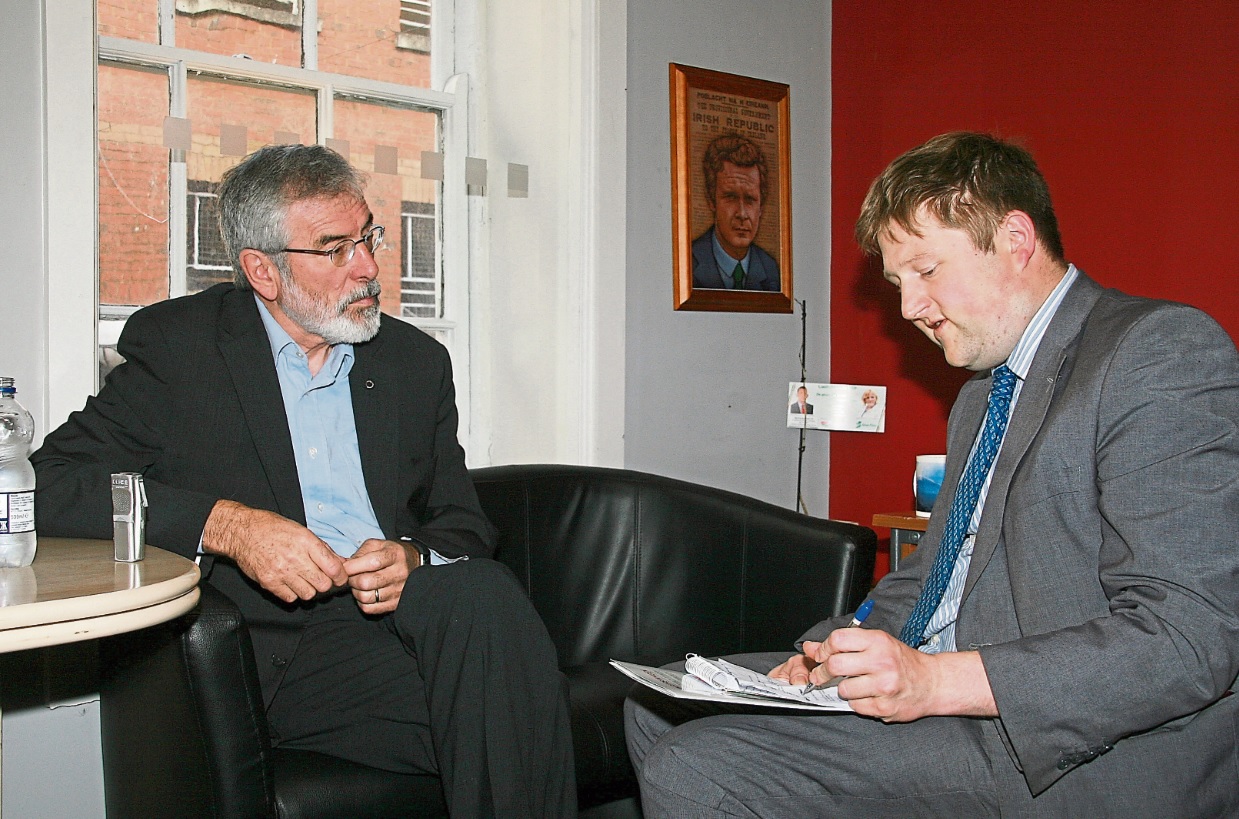 While on his visit to Limerick, the Louth TD attended the launch of a programme in Ballinacurra Weston aimed at making democracy work for Travellers.

He also attended the Novas Initiatives centre, and met members of the party faithful including Deputy Maurice Quinlivan.

The Limerick City TD said Sinn Fein has its sights set up on significantly increasing its representation on the local authority, where it saw six members elected – now down to five after Cllr Sheehy’s resignation.

“We haven’t decided yet, but in some wards, we will have two and three candidates. We have identified these in the city, and maybe one in the county will have a two-candidate strategy, possibly Cappamore-Kilmallock,” Mr Quinlivan saaid, “We’d be pretty confident.

Mr Adams said it was still undecided whether Mr Quinlivan – who had a surplus of 1,164 votes at the general election – will have a running mate when the country elects the 33rd Dail. 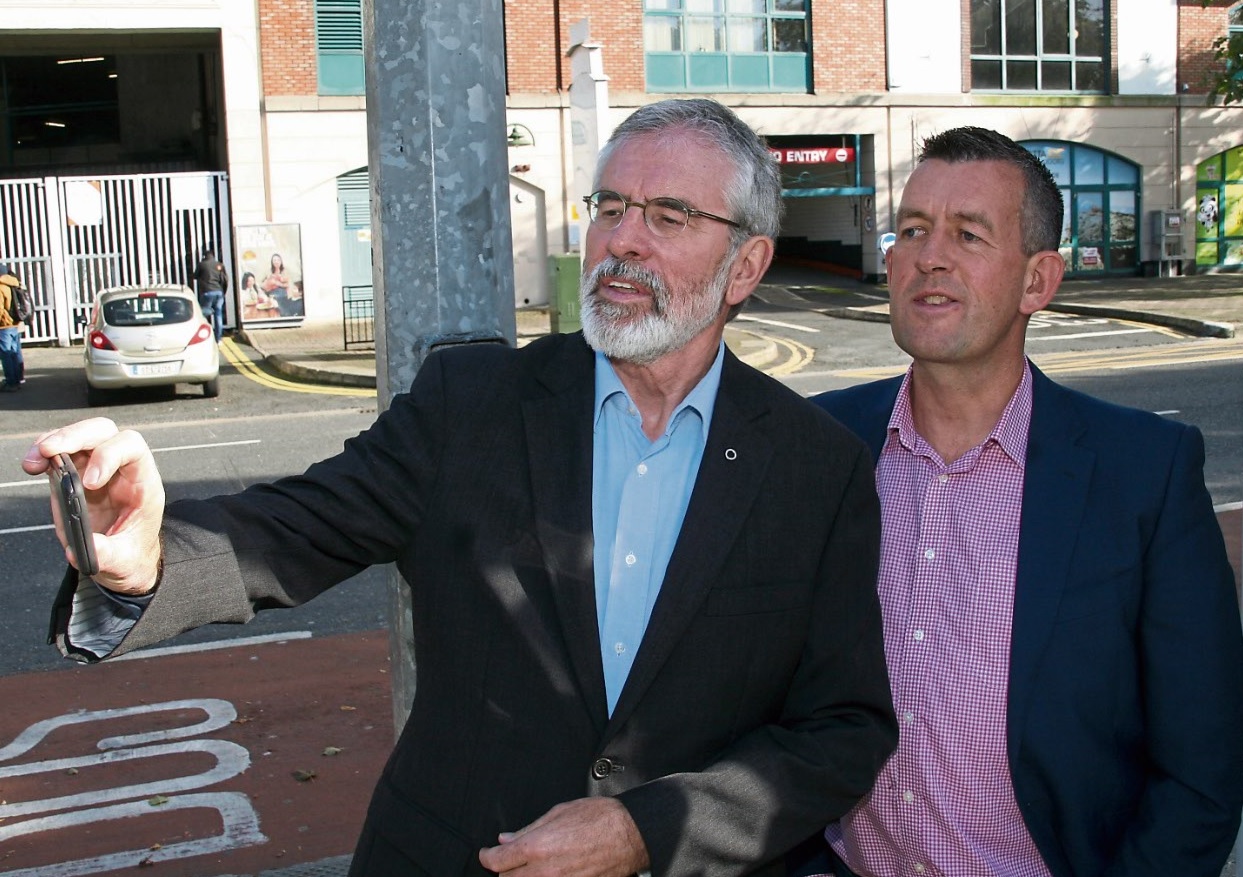 “Maurice has done really well, he has put Limerick on the map in terms of economic issues, the housing crisis and urban homelessness, which is probably proportionately even worse than Dublin, and the ongoing mess in our health service, which we see here. We want to build on that. But whether we build on that with a one or two candidate strategy, we have yet to decide. We’re in a state of election preparation,” he said.

He said his party’s clear aim is to be in government, and appeared to suggest any deal could be brokered between Sinn Fein and either Fianna Fail or Fine Gael.

“There are no compatibilities policy-wise between the two big conservative parties, I think that is very clear,” he said, “We want to be in government. Our focus is on this. There is no point shouting from the outside if we can be in there achieving change.”

He said Sinn Fein’s progress in Limerick is a good barometer.

“If you look ten years ago, we had no-one elected in Limerick, and now we have many. It’s also useful to see how the debate has changed. I think Maurice has contributed to that debate in terms of both what he and his comrades are doing locally, but also what has brought back to the Dail in terms of economic issues.”​

While Mr Adams – party leader since 1983 – is hoping to lead Sinn Fein into government, one position he is definitely not interested in is that of the Irish presidency.

“No, I have no interest in that role whatsoever. I never have had, and I never will have. I am an activist, and this is not something which interests me,” he said.

Mr Adams also said as a party, Sinn Fein is opposed to Irish Cement’s plans to burn used tyres and waste in Mungret.

“We would be against incineration, particularly in a case where you have it near a city. Where you’re burning tyres and burning toxic materials, it just isn’t right. We will be working with the local community in terms of preventing that happening,” he said.

While Mr Quinlivan made a bold prediction that Sinn Fein will be in government “in the north and the south” within a decade, Mr Adams this week repeated his claim that a referendum on a united Ireland is possible in half this time.,

“The Irish government has set its faces against it,” he said, “I think it’s unlikely a British government will allow for such a referendum unless an Irish government wants it as well . So it’s a challenge for our Taoiseach or future Taoiseach. What we want is to have a debate on the issue.”